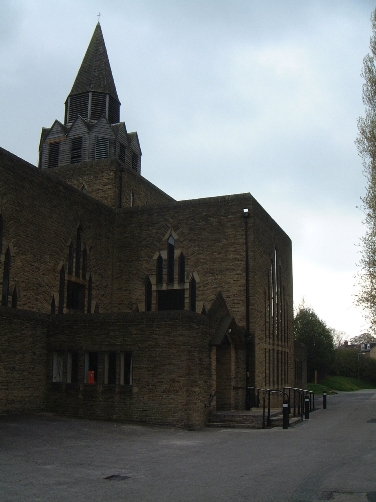 Whilst not old by church standards, the Grade II* listed St Wilfrid’s in Halton, Leeds was recently in drastic need of repair, with damp and roof damage rife.

Built in 1939 the church was one of the last buildings from English Arts and Crafts architect, craftsman and inventor Albert Randall Wells.

Wells’ design blended Arts and Crafts with an advanced modernism and the church was described by Sir Nikolaus Pevsner in his renowned series, The Buildings of England, as ‘significant’ in that it illustrated a ‘cross over to the modern movement in architecture’.

We join St Wilfrid’s story in 2008 when Andrew Boyce, of Ferrey and Mennim Ltd, was appointed as the Church Architect tasked with carrying out a quinquennial inspection.

From this initial inspection a long term relationship developed as it became apparent the church needed more than some minor roof repairs. 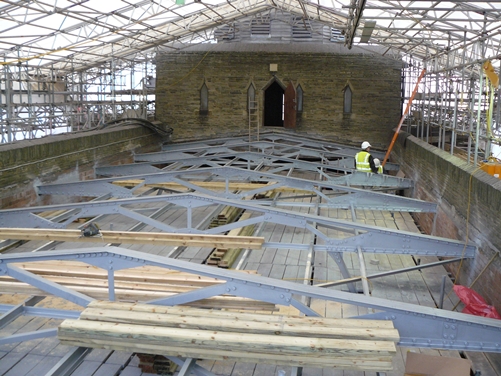 “We were initially investigating the damp which was caused by a combination of leaks through the asphalt and asbestos roof and condensation inside the church.

“We took the problems forward to English Heritage and received a grant to carry out repairs in two stages. However during the preliminary investigations we realised the works needed were much bigger than previously thought.”

As part of these initial inspections the decision was taken to enter the roof space above the vault in the church and carry out further investigations. From there Ferrey and Mennim, with the assistance of Turner & Holman, QS, and Blackett Ord Associates, Conservation Engineers, were able to put together specification, drawings and Bills of Quantities in the normal way. When the tenders were returned, it was agreed with English Heritage to split the refurbishment contract into three separate phases to enable funding to be streamlined. 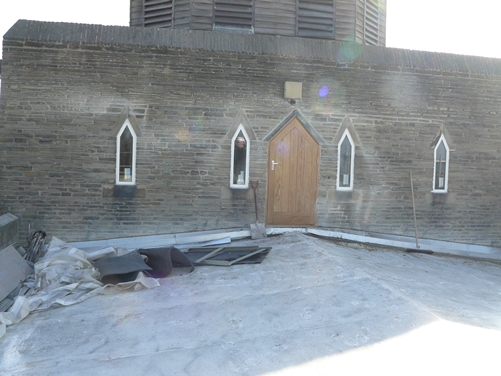 On this Andrew added:

“The work was split into geographical areas within the church, Phase One encompassed the nave area, main body of the church and some of the lower roofs and windows, Phase Two was the tower and the north and south transepts. Phase Three will be beginning in March and that will see the refurbishment of the Chancel, Lady Chapel and lower vestries.

“In the end, we have managed to run Phase One and Phase Two concurrently as one project, which has enabled us to achieve some savings in terms of preliminary costs.

“Part of the reason for doing that was so that church could carry on using part of the building throughout the refurbishment. This is significant, were the church to be closed for a protracted period of time people could start to drift away and unfortunately the congregation could be broken up, so we have endeavoured to keep part of the church available for services.”

As part of the first two phases the asphalt and asbestos cemented roof were taken down and the steel trusses have been repaired. All the windows in the church have also been replaced with double glazed units. 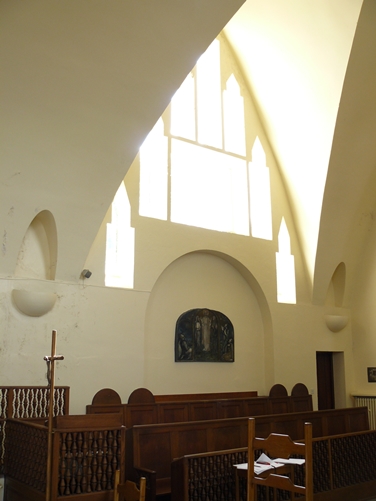 Perhaps one of the most challenging aspects of the refurbishment was the need to provide safe access to the roof from below and this meant that the large plaster vault within the church needed to be taken down; as Andrew explained:

“That was a fairly major undertaking; the huge curve meant we had to carry out a fairly detailed digital survey of the existing vault before it was taken down”.

“It then involved getting purpose made hangers to re-hang the new vault and also the use of glass fibre and reinforced plaster board to achieve the curve.”

When asked what the newly refurbished St Wilfrid’s would mean to the local community when complete, Andrew said:

“It’s vital for the longevity of the community as a whole. The Christian community have been marking out the church year with its regular rhythm of feasts and festivals for almost 75 years and that worship will be given a fresh impetus following the completion of the work.

“Equally the church has been here for the community, initiating infants into the Church family through baptism, celebrating the love of happy couples through marriage and bidding farewell to faithful souls at funerals; these rites of passage will of course continue in a fresh, new space.  The wider community, from mothers with young children to the more elderly, will benefit by having a weather tight and waterproof building that can be utilised in conjunction with our two church halls for all manner of community events such as concerts and exhibitions. The future really does look very exciting and very hopeful.”

William Birch and Sons are the main contractors on the refurbishment worth just under £1million. The York based company have recently expanded into a new Leeds office and they specialise in new build construction, restoration and refurbishment.