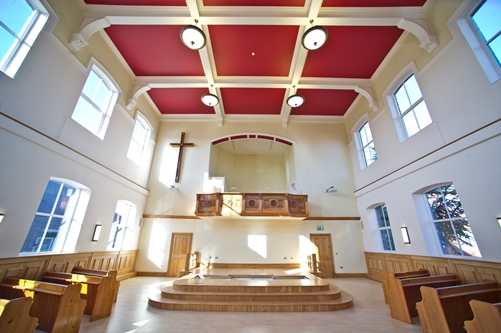 A project to restore and transform a church that had been built in 1877 and ravaged by fire in 2009 has reached completion.

The project comprised the remodelling of Normanton Baptist Church in West Yorkshire and reached completion in February 2013. William Birch & Sons Ltd was the main contractor on the project, whilst Thomasons was the Lead Consultant providing Building Surveying and Structural Engineering services. 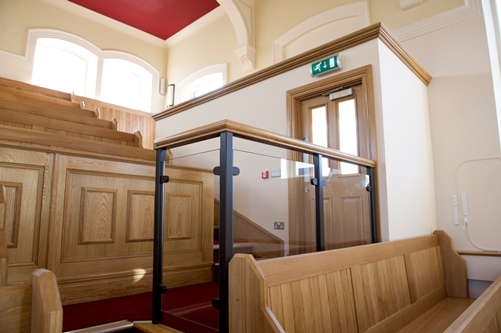 “At this point, with the Church in a severely damaged state, the opportunity was taken to look at how to repair and improve the Church. We spent 18 months working closely with the Church exploring a number of different schemes to arrive at a remodelling scheme that would make the buildings more flexible and spacious and fit for the 21st century.”

“Unfortunately the original contractors went into administration during the programme and as a result the work took a little longer than planned. William Birch & Sons Ltd came on board to continue under difficult circumstances and delivered a project that exceeded expectations. 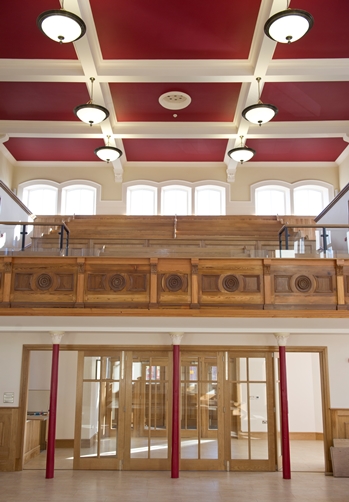 “Throughout the project we worked very closely with the Church to ensure that the end result was exactly what they wanted and that the finish was to the highest quality.”

The remodelling included the creation of a flexible multi-use ground floor, alterations to and a reduction in the size of the balcony, creation of a new meeting room and the incorporation of modern kitchen and toilet facilities. Underfloor heating and modern state of the art services, lighting, PA and audio visual services have been installed. Externally the building has new windows, a new Welsh slate roof and has undergone full re-pointing and renewal of rainwater goods and leadwork.

Future plans include the conversion of the house into apartments and further developments to the hall to create a community facility. 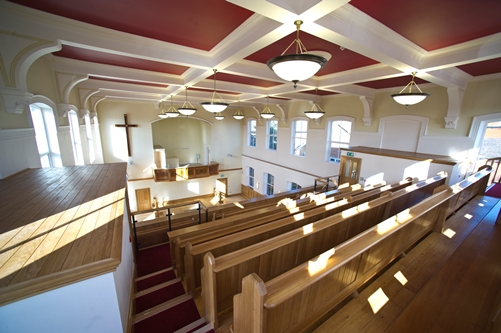 “This project has been a huge commitment for all involved and owes its success to the dedication of the Church’s Building Group and the efforts of the professional team involved. The Church’s Insurers have supported the Church in its desire to have a modern, flexible building to ensure the survival of the Church into the future.”

“The Church now has a building that they can be proud of and which will provide a marvellous home to their congregation as well as to the local community as a whole.”