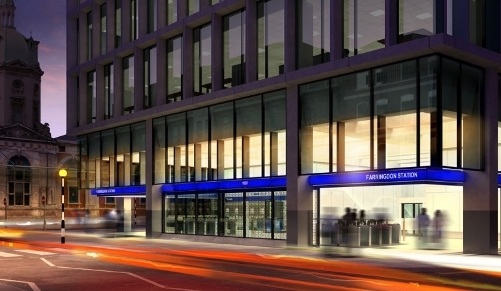 Farringdon Station is set to get a new lease of life as part of the Crossrail development. Sitting right at the heart of the London network, the station is fundamental to Crossrail meeting its aspiration of creating a world-class and affordable railway that meets the ever growing transport needs of London.

When complete, it is planned that over 140 trains per hour will flow through the Farringdon interchange – which will be the link between Thameslink, Crossrail and London Underground services.

In addition to being the only station from which passengers can access all three networks, it will also be possible to directly connect with three of London’s five airports (with single interchange to the other two), providing a highly desirable railway connection between Heathrow and Gatwick.

As a result the station will likely become one of Britain’s busiest commuter hubs. It is hoped that due to the volume of people passing through the area, Farringdon will re-emerge as a destination in itself.

In close conjunction with the City of London and the London Borough of Islington, it is hoped that the Crossrail project will help to both re-energise the traditional industries such as the Hatton Garden Jewellers and Smithfield Market, and attract new business to the area. 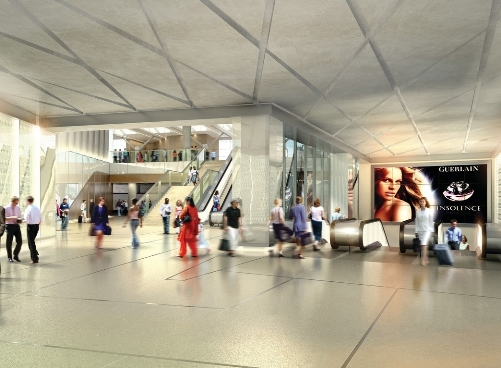 Two of the largest private development sites in Central London exist in the Mount Pleasant Royal Mail site and the former Guardian newspaper headquarters, which, if fully developed, could provide a considerable additional passenger flow through the area. The development of the new Farringdon station will considerably ease the impact of these increased passenger numbers on the network.

Crossrail is a London wide project that is redeveloping and improving the capitals vital network links, ensuring the city continues in its role as Europe’s leading financial and business centre.

The main construction work is being undertaken by BFK, which is a joint venture comprising three of the world’s leading tunneling, civil engineering and construction companies: BAM, Ferrovial and Kier.

BAM Nuttall, Ferrovial Agroman and Kier Construction are recognised industry leaders in infrastructure projects with established capability in the delivery of complex railway and tunnel projects.