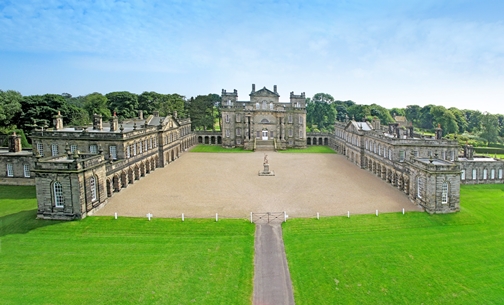 A £2 million scheme – implemented by The National Trust – to repair and restore Seaton Delaval Hall is currently underway.

The project comprises a full package of capital works, including a £600,000 project to repair the Hall’s roof on the East Wing. Work began on the roofing works in November 2012 and is currently scheduled to reach completion in June 2013.

Once work is complete on the roof the current phase of the capital works will draw to a close. Additional phases will take place on the site once further funding has been secured.

PF Burridge & Sons is the main contractor on the current phase of capital works at Seaton Delaval Hall, whilst Ainsworth Spark is the architect. Funding for the project has been provided through a number of sources, with £300,000 of the roofing works provided by The Wolfson Foundation.

“The National Trust acquired Seaton Delaval Hall in 2009, at which point we discovered the Hall and the estate was in a much worse state of disrepair than we had anticipated. I was appointed in September 2010, which is when the capital works got off the ground and most of work conducted so far has focused on the health and safety aspects of the programme.

“The current area that we are working on is the roof, and we are also conducting some rewiring on the site too. During the rewiring we have had to install huge cables across the site and in doing so we found the foundations of a manor building that existed on the site prior to the Hall’s construction.” 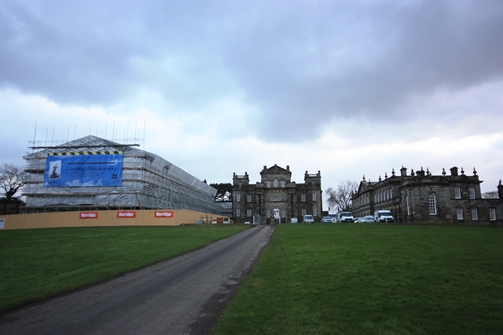 “We expected a few problems with the roof however we have had to replace approximately 90% of the roof purlins, so it was certainly more than we initially thought. We are now installing a new stainless steel roof and this marks the first time that The National Trust has installed a stainless steel roof onto a Grade I Listed building.”

“The completion of the roof is very significant as it is taking place on the East Wing of Seaton Delaval Hall. The East Wing has never been open to the public before, so this work will allow us to open up the area like never before.”

Seaton Delaval Hall is a Grade 1 Listed Georgian building, which was built between 1722 and 1726. The Hall was designed by English architect John Vanbrugh, who had previously provided architectural services for Castle Howard and Blenheim Palace, however Vanbrugh died before the building was completed.

The Hall has survived fires and military occupation and now provides a home for arts, heritage and the community. The Hall closed in December, for a three month winter closure, but re-opened to the public in March.