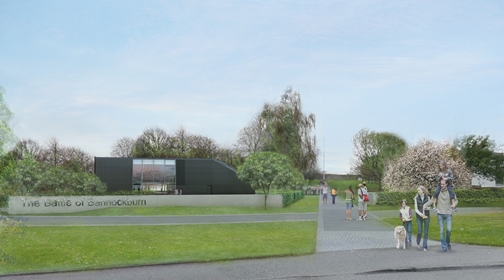 A project to transform the site of the Battle of Bannockburn – the location of Robert the Bruce’s famous victory in 1314 – is currently underway.

The project comprises the creation of a new innovative visitor centre, whilst sensitive landscaping will change the way visitors experience the historic site. Work began on preparing the site in October 2012, with the erection of perimeter fencing around key areas of the site and were planned specifically to avoid the worst of the winter weather.

Mansell Construction Services Ltd is the main contractor on the project, whilst Reiach and Hall Architects are providing architectural services. Inspired by traditional Scottish buildings, Reiach and Hall Architects has created a bold new design for the visitor centre, which includes a number of really exciting interactive experiences for visitors by interpretive designers Bright White Ltd.

700 years after the famous Scots victory for Robert the Bruce, the visitor centre will allow visitors to come face to face with the medieval battle through the use of cutting edge 3D technology which is being developed by Bright White Ltd and the Centre for Digital Design 7 Visualisation. Visitors will be able to uncover the strategies and tactics used and decisions made by two kings that helped shape Scotland forever. 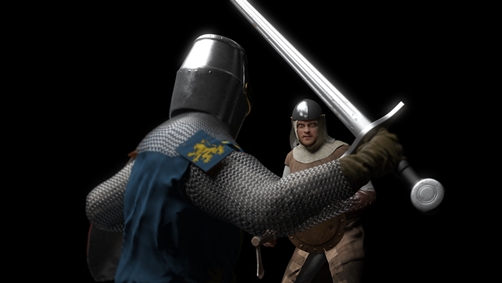 Meanwhile, outside of the visitor centre, sight lines are to be restored to the commemorative monuments which are located on the site, including Category A Listed monuments the rotunda, flagpole and the Bruce statue. Mansell Construction Services Ltd is employing specialist conservation cleaning techniques to remove green surface corrosion which has built up on the bronze monument, after which minor repairs will be carried out and the statue wax sealed for protection against the elements.

The same techniques at the statue had recently been employed with fantastic results on the Boer War Memorial to Argyll and Sutherland Highlanders at Stirling Castle. Work to restore the statue will reach completion shortly.

Meanwhile, the Rotunda Beam is to receive a new inscription, courtesy of poet Kathleen Jamie. The inscription reads: “Here lies our land: every airt, Beneath swift clouds, glad glints of sun, Belonging to none but itself. We are mere transients, who sing, Its westlin’ winds and fernie braes, Northern lights and siller tides. Small folk playing our part. ‘Come all ye’, the country says, You win me, who take me most to heart.”

All the conservation, enhancement and remedial works are taking place following an extensive period of historic research and detailed analysis of the site. Scaffolding has been added to the monuments, with boundary fences ensuring public safety at all times. The landscaping work designed by Ian White Associates aims to return a sense of dignity to Bannockburn whilst at the same time create a traditional parkland experience. 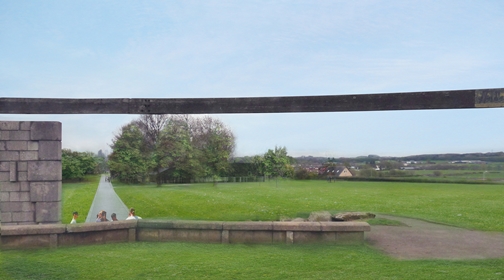 The Battle of Bannockburn project is an exciting partnership between the National Trust for Scotland and Historic Scotland. The project is being funded by the Scottish Government and the Heritage Lottery Fund and is due to reach completion in 2014 – the site’s 700 year anniversary.

In addition to the work taking place on the site, a temporary facility has been erected to give visitors a glimpse into what is in store for visitors during the anniversary year. The temporary building was erected following the demolition of the former Bannockburn Heritage Centre in October 2012.

Open from 10am until 5pm, seven days a week, the temporary facility is an exhibition space providing information for both the Battle of Bannockburn and the heritage site. Visitors will have access to a HD movie detailing the events of the battle, whilst staff will be on hand to speak to visitors and a small shop will offer a range of bespoke gifts and products.

Speaking about the erection of the temporary facility, Bannockburn Property Manager at the National Trust for Scotland, Scott McMaster, said:

“The temporary exhibition will give visitors a glimpse of the plans for our amazing new look here at Bannockburn. And as they’ll be able to see all the work that’s underway onsite and the fantastic progress we’re making with the building, we hope it will raise anticipation for 2014.”