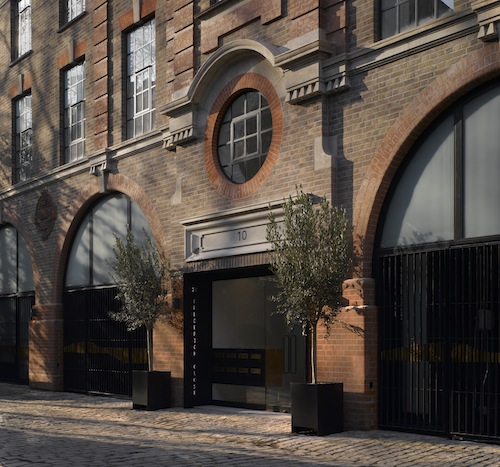 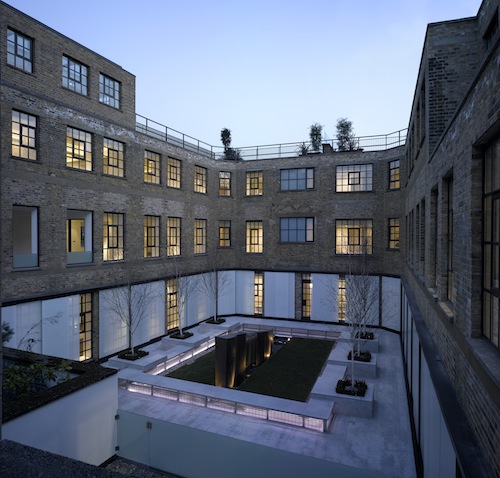 The Brassworks is a beautiful conversion of a former factory building in central London into a chain of stunning light-filled, loft style apartments.

The original Brassworks was built in 1819 as a brass instrument factory for Distin’s Millitary Musical Instrument Manufactory. During the 20th century the building received numerous alterations and significant damage, and was more recently used for offices.

Although The Brassworks was a Grade II listed building it was neglected and in bad condition, however Belsize Architects brought their skill and imagination to a previously unconsidered rundown factory, in order to give it a stunning makeover.

Belsize Architects were engaged by the Church Commissioners to convert the building – previously known as 6A-10 Frederick Close – into a series of loft-style apartments. Belsize Architects were anxious to create attractive, liveable spaces while trying to respecting the original structure as much as possible, and worked with the building to give it a new life for contemporary residential use.

On the ground floor, the central entrance gives way to a welcoming reception area. On either side, car parking and other facilities are displayed behind a large arched doorway, whose gates include a brass motif in-keeping with the building’s musical history. Also, on this level lie two apartments, including a particularly impressive flat with irregular walls, an internal glazed courtyard and sunken media room.

From the first floor level, Belsize Architects have exploited the U-shaped layout of the building. A series of former workshops were removed to create a central workshop, which now acts as a focal point for the building.

The central garden contains a specially commissioned bronze sculpture, bringing daylight and a sense of space into the heart of every apartment. The apartments facing the courtyard at ground level enjoy privacy thanks to a series of sliding glass panels that add further visual interest to the courtyard facades.

Each apartment has been designed to the highest specification including custom-made kitchens and furniture, en-suite bathrooms and bespoke wardrobes in all bedrooms and high-specification flooring and other finishes. State of the art heating, cooling and AV technology has been used throughout the development, and the energy efficiency of the building has been maximised whenever possible.

London-based Interior Design Company Perring Design were chosen to deliver a Full Design and Furnishing Service for The Brassworks, and transformed the stunning empty spaces into highly desireable residences using a sleek mix of contemporary design with superb attention to detail.

As specialists in the property market, Perring Design provide competitive Interior Design solutions for rental properties, show apartments and private clients. It was this experience that helped to ensure that over half of the apartments let within the first week of release.

Director Emma Perring said: “We were thrilled to work on this exciting development for The Church Commissioners, and understood exactly what was required to attract top-end clients and deliver the maximum return on their Investment.”

The budget for the project was £6.5 million and The Brassworks was completed in March 2012. The apartments were offered for rent through an agent specialising in central London property, and were all fully let by the end of April – just over six weeks following the launch of the development.

Unsurprisingly, the quality of the development and its central London location are reflected in the rental income: the smallest flat (a 141 square metre two bedroom unit on the ground floor) commands a weekly rental of £1,850.

The Brassworks also succeeds in bringing new life to a previously run down building that is now a well-integrated into its surroundings. Prior to the refurbishment, this otherwise attractive corner of London was blighted by the old musical instrument factory, which was rapidly leading to dereliction; however it is once again an attractive and well-maintained building that sits comfortably alongside its neighbouring properties within an important conservation area.