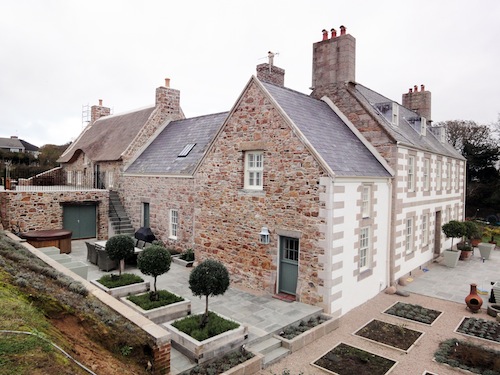 Godel Architects were highly praised at this year’s Jersey Architecture Design Awards, beating off stiff competition to pick up an award and commendation for two projects.

Furze Cottage won the best landscape architecture project in relation to the built environment award and Seaview was commended in the best large-scale refurbishment or remodeling category.

Located on the north coast of Jersey, the iconic Furze Cottage was previously a summer residence to the Bailiff of Jersey during the early 20th century. Several decades and several owners later it was decided that the cottage deserved a redevelopment. 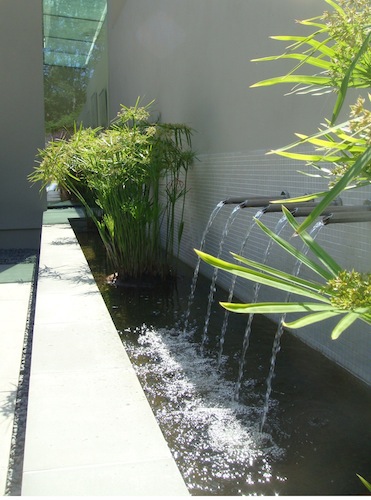 Godel Architects were approached to draw up plans to reinvigorate the historic building and work began on site with main contractor, Crest Construction in 2011.

A new suite was created to the rear of the cottage, adding two bedrooms and additional living space, planning permission was also granted for underground car parking and a staircase to utilise the originally inaccessible attic space.

Perhaps the most striking element of Furze Cottage is the landscaped garden which was recognised with a Jersey Architecture Design Award.

“The garden is a homage to the beautiful coastal landscape surrounding the cottage”, says Anthony Paul, Director of Anthony Paul Landscape Design that created the inspired outdoor space in collaboration with Godel Architects.

Anthony Paul has been a landscape designer for more than 30 years and is renowned for his innovative and contemporary gardens around the world. 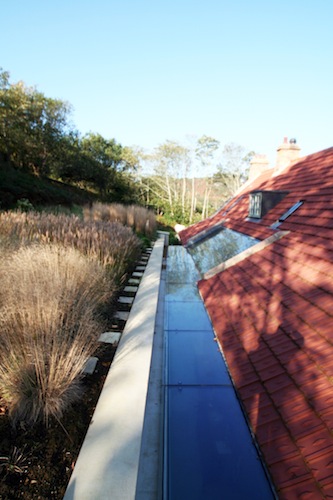 “All the planting, walls, steps and finishes which face the seafront have a very traditional look”, says Anthony. “We seeded the front with Jersey wild flowers such as the pink campion, sea thrift and digitalis- all of which are naturally found on the island. A lot of the plants were chosen because of their ability to withstand the weather and temperature extremes.

“One interesting aspect of the garden came from the excavation of the underground car park; we had a whole new pallet to work from as we had to redesign the space from scratch. The idea was to preserve the original form of the area; if you changed a lot you would interrupt the flow of the coastal pattern.”

Anthony added, “The other interesting thing with this excavation was the vast amount of big boulders that were unearthed. Every one of those was reused on the site as either stepping stones or landscape features, they really did work well and it felt like they belonged to the space.

“The most important thing with a garden like this is connecting it to its surroundings; you have to see the big picture of the landscape you are working in”. 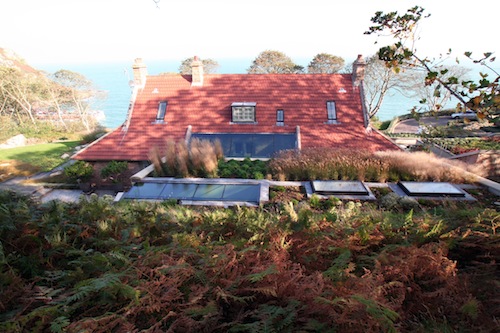 When asked what the Jersey Architecture Design Award means to the studio, Anthony said: “As a designer you are rather like an actor, you are only as good as the last project you worked on so it was delightful to get recognition with an award”.

Director of Godel Architects, Bob Godel, concurred with Anthony, saying: “It is very nice to be involved with schemes like this and especially to receive an accolade”.

Bob was doubly pleased as his practice was also commended at this year’s awards for their work on Seaview. The farm is an intact grouping of buildings, some dating back to the 16th century, organised around a central courtyard.

“The buildings which date to the 16th, 17th, 18th and 19th centuries were all in varying degrees of dilapidation when we came to the site”, said Bob. “The main house had been external refurbished and the work that we were carrying out involved the incorporation of various barns and extensions into the house. 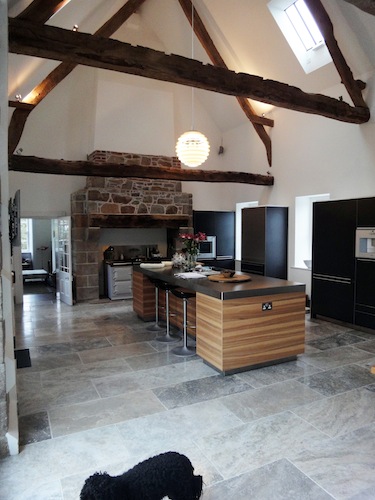 “A new wing was added on the western and northern side, giving additional bedroom and living space; we also replaced a profile metal roof on the oldest building with a thatched roof”.

Completed in 2012, the refurbished buildings have all been restored to a high standard in liaison with the Historic Building Department. The materials utlisied are modest and local in origin, meaning Seaview now forms one of the finest preserved farm groupings on the island, providing both continuum with the historic site and a contemporary home.

“Schemes like this are always interesting from a planning perspective, they always throw up challenges. We have won Jersey Design Awards before and it is great to get commended on this project”, Bob said. 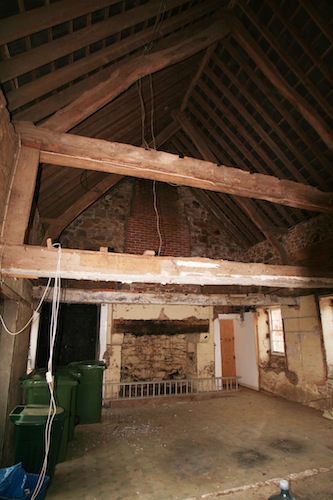 Godel Architects was established in 2000 and has is renowned for their excellence in design and high level of service.

“We strive to respond creatively and innovatively to clients’ needs through careful consideration and discussion, and as a result we have obtained a reputation for providing imaginative and resourceful solutions to architectural problems of all sizes, and for working successfully with other construction professionals, as well as with the local Planning Department”, says Bob.

“We are motivated by the principle that good design and good buildings can not only enhance value, but can also transcend utility and become life-enhancing, no matter how big or small the project. We develop designs in a broad range of architectural styles, believing that the quality of the finished building derives from paying close attention to proportion and scale, to attention to detail, and to the skillful manipulation of space and light. 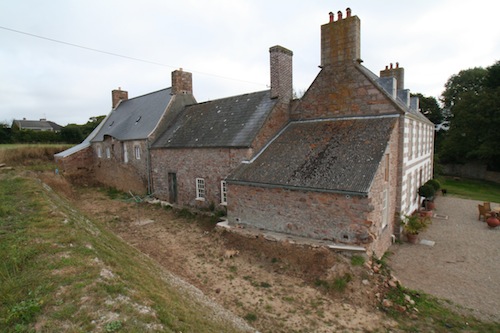 “We continue to be involved in a number of projects where energy efficiency is the principal design motivator and have considerable experience in designing for low energy consumption, and for the sustainable use of resources. All designs are developed using a state of the art 3D Computer Aided Design programme that enables clients to fully visualise the project throughout design development.” 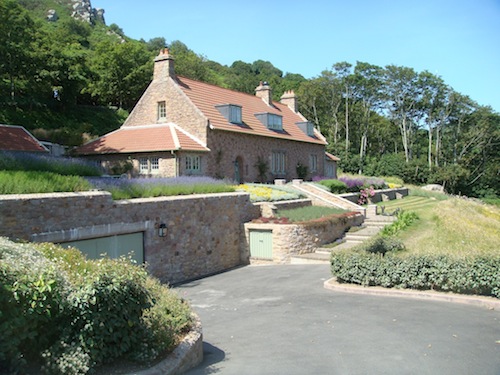 “We work on all aspects of stonemasonry, granite work and lime pointing, from houses through to castles. It was great to be involved with such a prestigious project as Furze Cottage.”