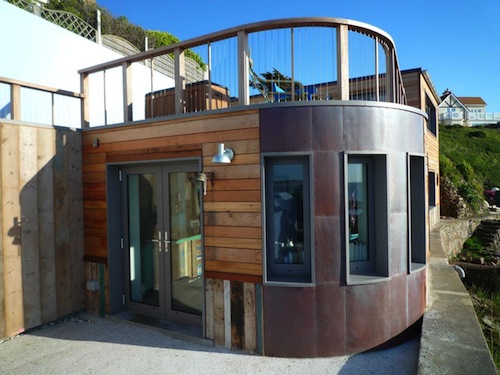 Situated in Jersey and home to local artist Ian Rolls, Song of the Sea is a beautiful family home and studio. The property recently benefitted from a refurbishment, which not only improved and enhanced the building, but saw the property achieve the coveted People’s Choice award at the recent Jersey Architectural Design Awards 2013.

Work began on Song of the Sea in May 2012 and reached completion in February 2013. Mitchell Construction was the main contractor, whilst Tim Skudder Associates were the Architects, Rothwell and Partners the Engineers and Colin Smith the Quantity Surveyors.

TSAssociates picked up the award for Song of the Sea, an award which Managing Director Tim Skudder was very proud of.

“There were 65 different nominations within the People’s Choice category, so to come out on top was fantastic. Receiving recognition from the public and receiving this award is special as it is the only one that reflects public opinion rather than just the views of the voting panel made up of Industry peers.”

Before work took place on Song of the Sea the building comprised two unconnected flats. The project united the two units into one, with an internal staircase linking the lower level – Ian’s artist studio – with the upper living space. 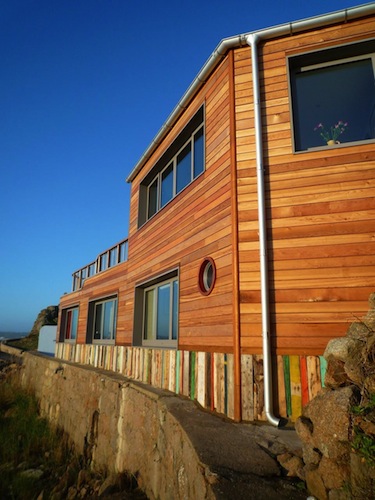 “Song of the Sea benefits from fantastic views, but sadly before we started work on the site it suffered from a few technical issues which needed to be rectified. Ian decided to look at resolving this matter, whilst linking the two floors to extend his studio.”

“The brief on this project was quite unusual. As Ian is a water colour artist the brief was given to us in the form of water colour paintings, instead of in writing.”

Striking features of the building includes a mix of cladding, such as driftwood, recycled copper boiler panels and treated and untreated Western red cedar. The building is very green and very different.

“We looked at how the building could change over time. The use of different materials and the way in which we treated some of the Western red cedar will create some very interesting effects over the course of time. Song of the Sea won’t take its final appearance for perhaps a year, but when it does there will be these very unusual strips of colour on display.” 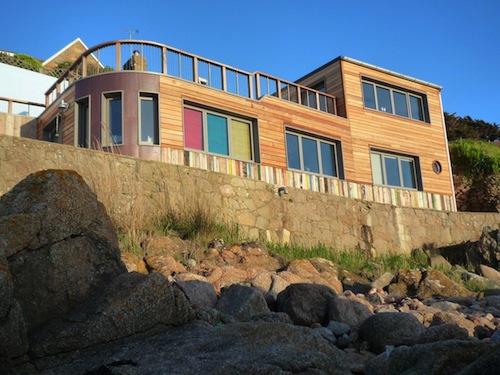 “The balustrades are one of the main features of the property and have been highlighted in a great deal of the coverage of this award-winning project.

“We are very proud of our involvement on this project, which has lead to even more work, which is just great.”

Although the project ran fairly smoothly, with no major problems, Song of the Sea was not without a few challenges.

“Site access was quite restricted, a series of retaining walls had to be maintained and a natural spring which runs under the property had to be diverted. However the project was great to be a part of and as well as picking up the People’s Choice award, we also received a high commendation under the Best Small-scale Building or Building Extension category. We were thrilled to get this extra recognition for all the hard work that everyone involved put in.”