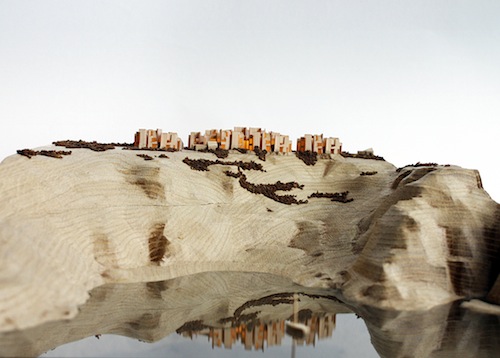 The scheme was put together with the assistance of their long-term associates, Birds Portchmouth Russum Architects, of London.

The practice picked up the best unbuilt scheme award for the residential design that takes inspiration from the rugged coastal landscape of Jersey.

“Rather than a sea of glass facing the coast, we have drawn on the context of the landscape”, says Principal, Richard Le Sueur. “The idea is that the structure would grow out of the granite bedrock, appearing like a series of building clusters created from singular granite and timber elements.”

“We took inspiration from the rugged landscape and gritty individuality of the nearby structures and landscape. The dwellings are gathered into a terrace of alternating forms and heights with inset balconies to ensure the glazing is not predominant.”

The design includes 17 single and duplex apartments, the largest of which will be 4,000sqft whilst the whole development will be over 40,000sqft. The dwellings will be high end and offer something previously unseen in the Jersey market. 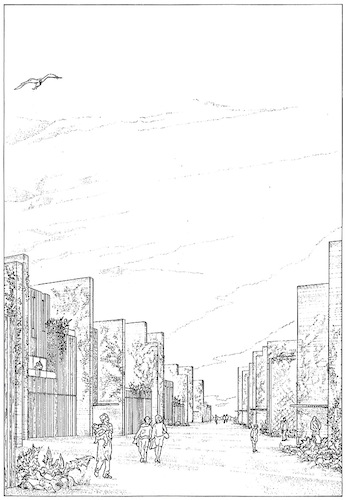 Originally the scheme was prepared for the previous owners of an existing commercial site in Jersey. Whilst there is currently no main contractor, Richard Le Sueur said that he was pursuing the project with the current owners.

“It doesn’t have an official client or site yet, but I can say it has been designed for an underused hotel site where we were asked to look at redevelopment options”, Richard said.

When asked about the award, Richard added: “The award recognises that this design was the most promising scheme presented to the panel. It has also been commended by the Jersey Architecture Commission, so we can assume that there will be a lot of support behind the scheme going forward”.

“We have been winning Jersey Architecture Design Awards since the scheme started; it is always great to receive recognition”.

Known for their innovative designs, Richard Le Sueur founded the practice over a decade ago and has been expanding ever since.

Richard is past President of the Association of Jersey Architects (AJA). Until recently he was expert representative on the Ministerial Listing & Advisory Group to Jersey Heritage which has just completed its work advising the Minister for the Environment on Listed buildings. Richard was also the National Trust for Jersey representative on the Les Mielles Sub-Committee of Planning & Environment and is a member of Société Jersiaise.