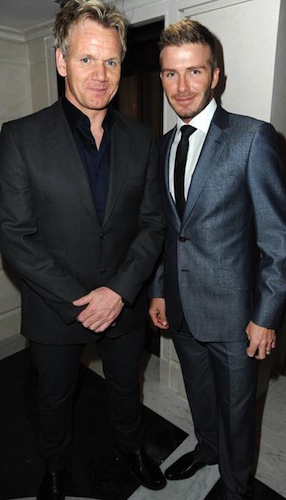 TV Chef Gordon Ramsay will be adding to his 25-strong restaurant group with the launch of two new London eateries this September.

It was announced last month that Ramsay had acquired what was previously Bennett Brasserie and Oyster Bar in Battersea Square, London. The site had been empty for the past year and is now earmarked for redevelopment.

When complete the former nightclub will be known as London House and will be headed up by experienced chef, Anna Kelly.

The second venue is a joint venture from Ramsay and longtime football friend, David Beckham. Located near Borough Market, Union Street Café will serve up a delicious selection of Mediterranean influenced foods.

“We’re really excited to be opening Union Street Cafe in September,” said Ramsay. “It’s great that David wants to come on board.
“We’ve been working on the new site, which is near Borough Market, for the past couple of years and the amazing large warehouse space will offer quality Mediterranean-influenced food with a daily changing menu.”

A friend close to Beckham was reported in The Daily Mirror as saying, “David is a great cook and has learned how to do French and Italian over the years but his favourite is British. He loves a pie.”

Union Street Café is being developed by Russell Sage Design Studio. The studio has been featured several times in Premier Hospitality for their crisp, cutting edge designs and this latest venture is set to showcase their innovation further.

The two new London restaurants are only the latest in an empire which stretches from Italy to the United States, with an astounding nine Michelin stars having been awarded. Ramsay’s group continues to grow with two ventures in Doha, Qatar opened in 2012; a total of three restaurants in Las Vegas with Gordon Ramsay Steak at Paris, GR Pub and Grill at Caesars Palace and GR BurGR at Planet Hollywood.