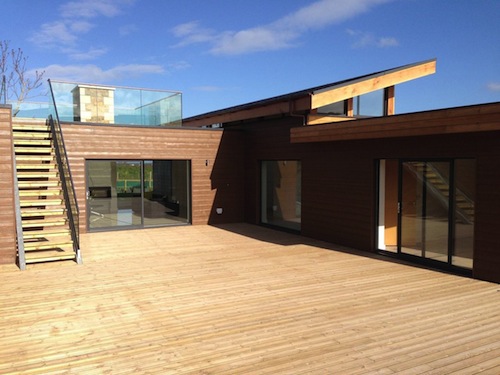 Established in 2005, Property investment and management company Mevanna Developments, undertake an array of schemes, from private developments through to joint ventures.

The company operates from the Group’s head office in Jersey, overseeing projects in the Channel Islands as well as Spain and the US.

The schemes that Mevanna Developments undertake range in size, from one bedroom flats through to £2million houses, and this has allowed them to amass a substantial portfolio over the past eight years. 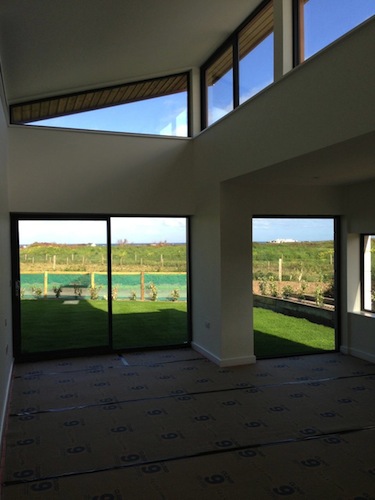 Les Cinq Ours was an existing house that was bought on the assumption that it was going to be completely demolished and rebuilt into a house that would be more appealing to its surroundings. As it stood, the property was a rundown building that was in disrepair, so Mevanna Developments worked alongside Godar Architects to acquire planning permission for the land, in order to radically transform the site. 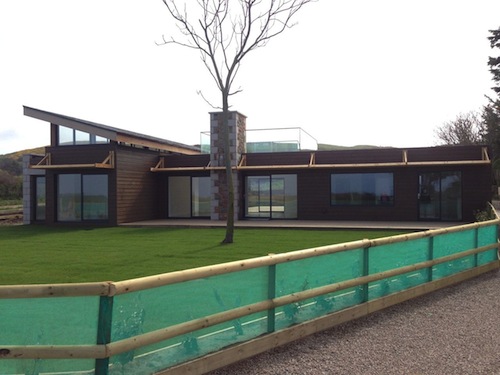 The project began in August 2012 and reached completion in June 2013, with Marret Construction as the main contractor.

The design used on the property was detailed and included a flat roof with seeded glass, timber effect panelling and a large glass balcony. In order to tie Les Cinq Ours into its surroundings, the building was finished in natural Jersey granite and timber effect planning.

Landscaping work included the excavation of sand and the installation of top soil to create a large garden area. Railway Sleepers were then installed before planting took place, creating a stunning private outdoor space.

Les Cinq Ours has received excellent feedback, with specific reference to the unusual design of the modern interior and traditional exterior. 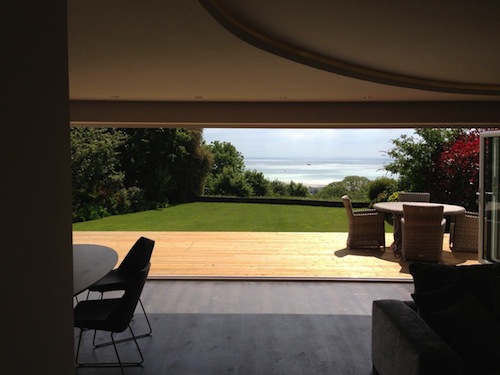 Purchased in 2011, the Sans Sousi project comprised the refurbishment and extension of an existing property. Once planning was granted and work began the building was stripped back to its walls and roof, and all new electrics and plumbing was installed throughout the building.

Mitchell Builders was the main contractors on Sans Sousi, whilst Godel Architects provided all architectural services.

Sans Sousi was designed to give the impression of a penthouse apartment, but with the luxury of being a detached house. An interesting lighting feature was introduced throughout the building, which incorporates LED rope lighting in the main living areas, enhancing the features of this innovative housing project. The lighting was carried out by electrical specialists Brady & Gallagher. 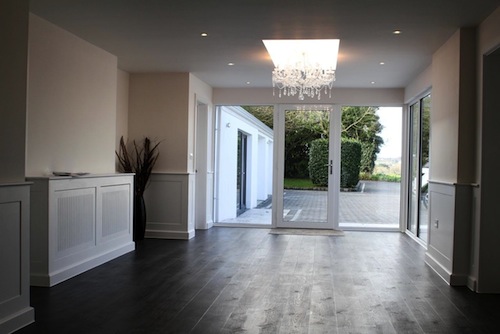 The landscaping work on the property consisted of refurbishing the existing garden area to bring it up to the same standards of the renovated house. The external areas benefitted from replanting, whilst a new brick paving driveway was installed, replacing a former outdated tarmac driveway.

Sans Sousi has received great feedback since work reached completion and has experienced a great deal of interest from potential home buyers. 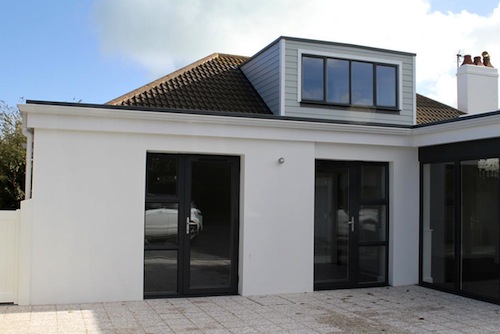 Deviating from the original plan, to situate the property within the main garden area, Sea View is a beautifully designed development from Robert Adams and Access Mason Architects. The new plan is quite an enhancement from what was originally discussed and the result will be a much larger house than what was originally envisioned.

Landscaping on Sea View will comprise a complete refurbishment of the garden to include a mix of hedging, grassed areas and slabs.

Now that Mevanna Developments have received planning permission on their new design they have recently made a great start the project, which is due to reach completion in February 2014. 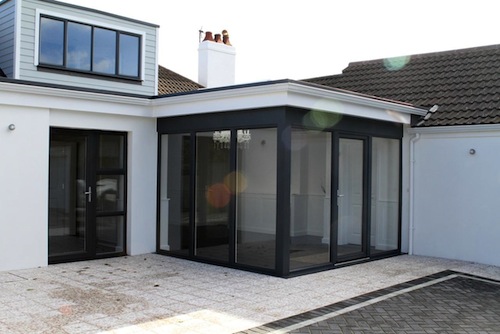 “Mevanna Developments is a relatively young company, so to see projects completed or underway such as Les Cinq Ours, Sans Sousi and Sea View means a great deal to us. We are increasingly becoming known for conducting these types of projects, which range from first time buyer one-bedroom flats through to very high-end £2 million properties. 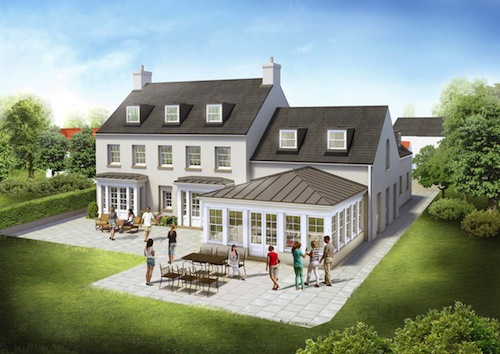 “We are covering all spectrums with our work and this is intentional, so that whatever positions the property market finds itself in, we are able to move with it.”

For more information about Mevanna Developments, or to take a look at some of their truly stunning properties, please visit: www.mevanna.com.