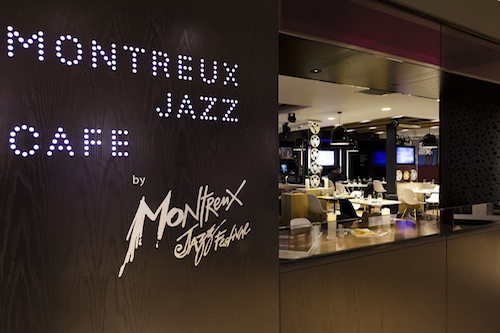 Situated within the walls of prestigious retailer Harrods, Montreux Jazz Café London opened its doors on 17th July 2012, just in time for last year’s Olympic Games and has been a firm favourite go-to destination for customers ever since.

The popularity of the venue has continued to grow over the past year and the café’s recent nomination at the Restaurant & Bar Design Awards 2013 only goes to show that us Brits just can’t get enough of a classy and relaxed establishment. Replicating the ambience of the Montreux Jazz Festival, the café is the handy work of design consultant Portland, , and is definitely an interesting and imaginative venue. 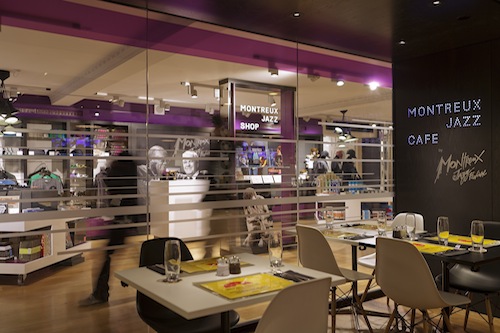 Covering an area of 2500 sq ft, Montreux Jazz Café can be found on the third floor of Harrod’s and comprises a main room, a restaurant with an open kitchen and a small retail outlet. As the devil is in the detail, it is perhaps not surprising to discover that Portland has given the café a number of fun touches, including menus shaped like vinyl records and a sofa that once belonged to Michael Jackson. 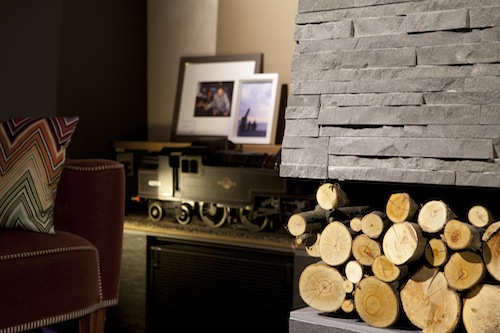 “The Montreux Jazz Festival takes place in July and unless you go to the festival you are unable to experience the event. So the owner of the festival decided he wanted to create a brand extension, which could give people the opportunity to soak up a similar atmosphere even if they were unable to travel to the festival itself.

“Our job was to effectively translate the festival into what is now essentially a permanent experience in the shape of the café. We looked at the festival and identified what made it unique and ensured that these themes appeared in the design.” 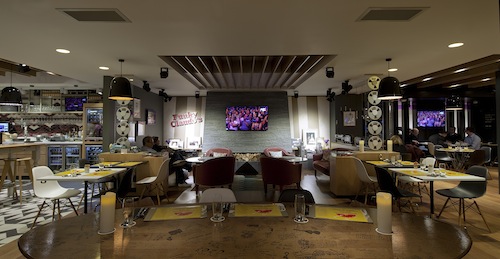 Montreux Jazz Café has a very eclectic feel to its design, with a number of unusual artefacts and hi-spec audio visual equipment carefully dotted around the venue. As the festival has a range of branded products, a retail offering has also been incorporated into the space, giving customers the opportunity to immerse themselves even further into the brand. 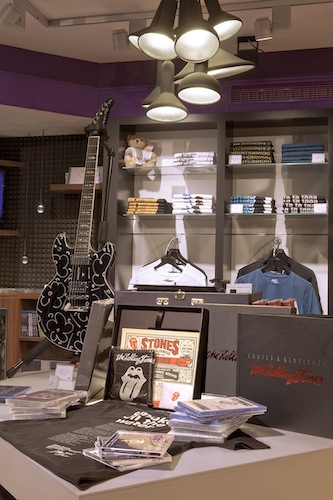 The café presents informal dining, with a lounge area, whilst the food is reflective of the festival, taking Swiss cuisine and adding an international flavour. Seating arrangements have also been carefully considered so that intimate spaces are available for large groups, whilst high tables provide lone customers with somewhere to sit if they are not at the café to socialise.

Speaking ahead of the Restaurant & Bar Design Awards, Lewis said: 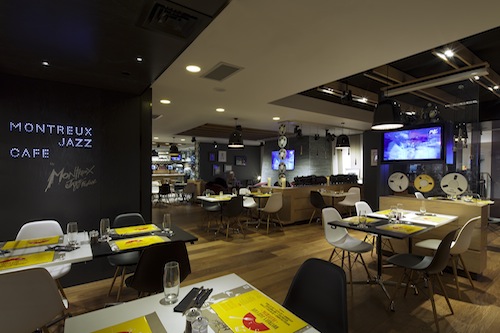 Portview is a multi award winning universal fit-out specialist, project managing interior fit-out and refurbishment contracts for some of the world’s biggest brands across the UK and Ireland. From humble beginnings in 1975 as a ‘one man and his van’ operation, Portview has grown into a multimillion pound company, working on numerous prestigious projects including Montreux Jazz Cafe, which has been nominated for an award at the Restaurant & Bar Design Awards 2013. 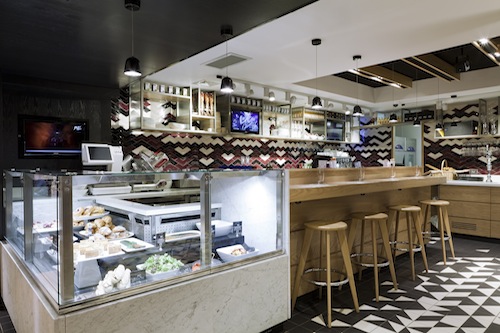 Over the past 38 years, the company has worked on a plethora of projects including leading high street brands such as, Debenhams, HMV, Selfridges and Dixons through to Museums in Derry and offices in Milton Keynes. 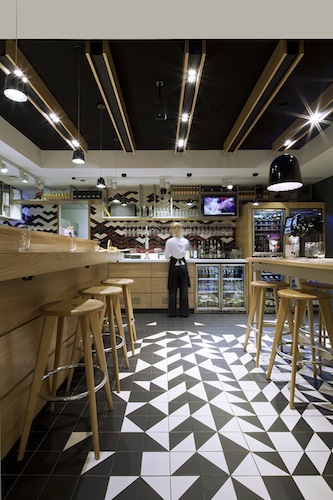 On the Montreux Jazz Cafe project, Portview Fit-out Ltd worked closely with Portland to turn the initial design concept into a reality, installing services and infrastructure to deliver the completed project.

“This project was very important to us and it was very exciting to be working on such a prestigious brand. Montreux Jazz Cafe was a very demanding project, but it was one which we relished.”