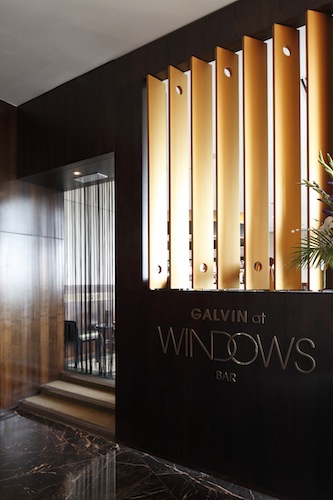 Located within the London Hilton on Park Lane, Galvin at Windows is a magnificent bar that is a fantastic addition to the Hilton Worldwide portfolio.

Completed in May 2012, with Equiss Services as the main contractor and Central Design Studio as the interior designer, Galvin at Windows Bar is a destination bar in its own right, which benefits from stunning views and an enviable location.

The Restaurant & Bar Design Awards nominated bar is situated on the 28th floor of the London Hilton on Park Lane, overlooking Hyde Park and is surrounded by light. Inspired by its unique location, the design concept of the bar looked to the capture of light for its inspiration, taking influences from photography and cinematography, with many references to the 1930s and the Golden Age of film.

During the transformation process, the room was re-orientated to maximise on the stunning view, with a central seating feature and window banquettes that frame Hyde Park. The bar counter and back bar include St Laurent marble and mother of pearl and these stand out features are completed with early 20th Century brass light fittings from Vienna.

The furniture – manufactured by Ben Whistler – is all bespoke and a unique ‘Galvin’ chair was developed by General Manager, Fred Sirieix and designers Central Design Studio. The design is consistent throughout, with the concept being carried through all elements of the space, from the overall architecture down to the tea light candles and table top accessories.

Metro Lighting was responsible for the lighting in the Galvin at Windows, whilst Tai Ping provided carpets for the bar and Edge Interiors was the soft furnishings contractor. Working with Equiss Services, Central Design Studio was instrumental in creating the correct look and feel for the bar, which is not surprising thanks to the wealth of experience that the practice’s founder brings to the company. 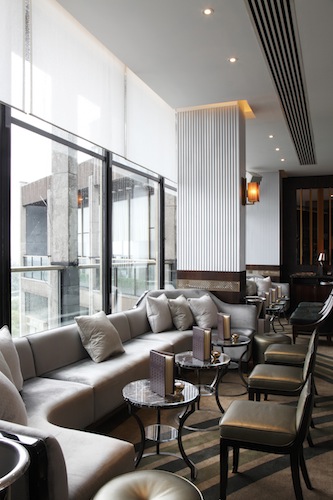 Central Design Studio was formed in 2010 by designer Ian Haigh, who has previously worked for some of London’s best known design companies, including David Collins, United Designers and Martin Brudnizki. Commenting on the Galvin at Windows, Ian said:

“The design brief was to create a destination bar in its own right, to operate alongside the Michelin starred restaurant; making better use of the space and the views over London.”

Although work on the project ran smoothly, as with every project there are always a few design challenges. Ian said:

“The aspiration to create a destination bar meant the counter and back bar had to double in size, in what was already a constrained space. All solutions were explored, and we chose to re-think the entire fire strategy and reclaim some redundant space from a fire exit lobby.

“In addition to this, Hilton Worldwide was keen to avoid the standard ‘bar look’, so particular attention was paid to finishes and lighting, to create an atmosphere that is unexpected yet fitting to the offer.”

“Central Design Studio do not have a signature style; instead we have an underlying design philosophy that incorporates values such as understatement, atmosphere, craftsmanship and detail. Each project is looked at individually and within its own context, ensuring the design is always original, thoughtful and considered.”

Galvin at Windows Bar offers guests a tempting array of modern classic cocktails, alongside a strong selection of whisky and gin. The bar is the perfect accompaniment to Galvin at Windows Restaurant, which is overseen by chef patron Chris Galvin and his team, who serve up a delicious menu, based around modern French haute cuisine.

For more information about Galvin at Windows, please visit: www.galvinatwindows.com. 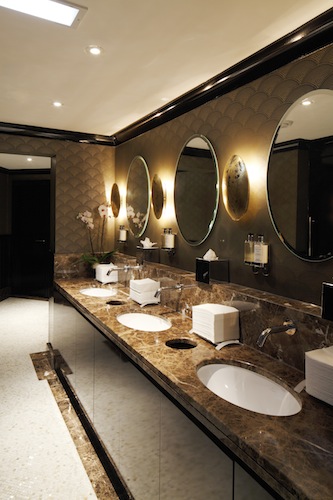 Equiss Services Ltd is a leading refurbishment contractor, offering specialist knowledge and experience throughout its divisions, which include building contracts, bespoke joinery, decorating and electrical installations. The company offers a full and comprehensive service from conception through to final invoice and beyond.

Equiss Services Ltd was the principal contractor on the prestigious refurbishment of Gavin’s bar at the Park Lane Hilton.

“We are proud to have Hilton hotels as one of our blue chip clients and the project at Park Lane is a testament to the excellent relationship that exists between Equiss directors and Hilton. This project was carried out in a very short time and to a high standard and all whilst Gavin’s restaurant continued to serve its demanding customers just steps away from the ongoing works.”

“Equiss services has been in operation for four years and we have built up an impressive client list that include, Warner Hotels, Jury’s Inn Hotels, Rank and a number of the country’s top Universities. We hope that the Hilton Hotel group will continue to form part of this client base for many years to come.”