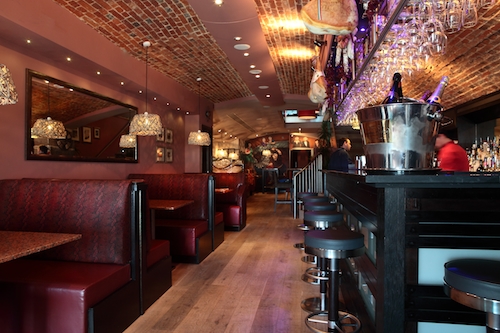 Located at The Quay, St Peter Port, Guernsey, Mora Restaurant & Grill is a captivating dining destination which includes a brasserie, bar and restaurant. At the beginning of 2013 Mora underwent a magnificent makeover, radically redesigning the layout of the ground floor to better accommodate guests.

Having traded with its new look throughout 2013, Premier Construction caught up with Restaurant Manager, Andre Moreira to find out how important this project has been to the restaurant.

“Mora Restaurant & Grill opened seven years ago, has lovely views out onto the marina and serves modern cuisine. In this business you need to always introduce new ideas and refresh the offering, so in January 2013 Mora underwent a large refurbishment in the brasserie which has created a real buzz. 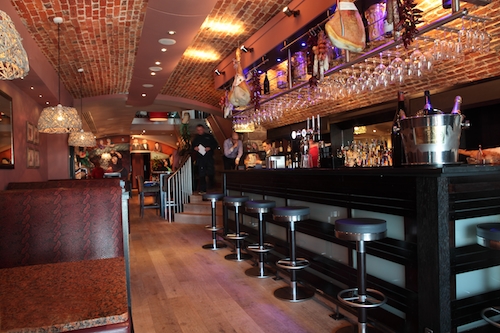 “The refurbishment presented a massive change to the way our diners think about Mora. People used to come to Mora just to have a meal, but now they come for food, to have fun and have a few cocktails and they are very happy with the change.”

“For us it is a huge difference. Prior to the refurbishment the restaurant on the first floor was always very busy but the brasserie downstairs was always quiet. Now everyone wants to stay in the brasserie and it has made the restaurant a lot of fun. We have music on Fridays and Saturdays and during the week we have cocktails! Mora Restaurant & Grill is much different to what it once was.” 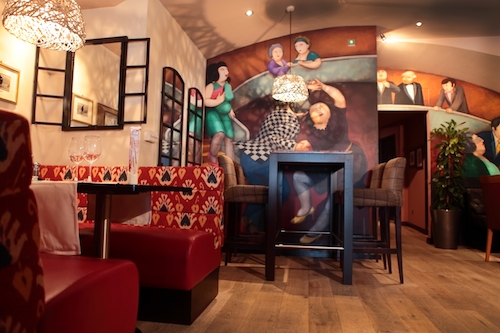 “Part of the design requirement was to expose the origin brick vaulted ceiling, which is now a major feature of the brassiere. It was a monumental task as it had been lime washed and painted over for many years and needed to be removed by hand.”

“The redesign of this restaurant was very important, as Mora Restaurant & Grill is one of the principle places to dine in Guernsey – everybody wants to be seen there!”

The biggest alteration to the restaurant was reworking the bar, which was previously housed at the back of the building, completely changing the main entry point of the restaurant. The carefully considered entrance not only enhances the offering, it also stops seated guests from being disrupted by new diners entering the building. 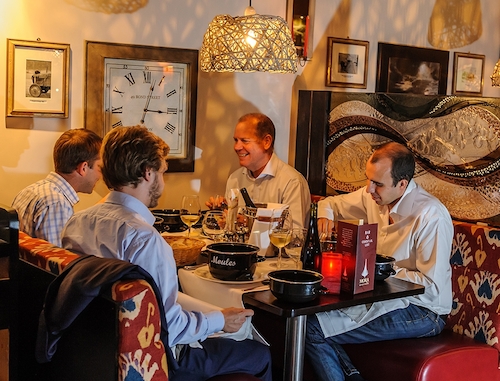 “Before we moved the bar the main entrance into the restaurant was a bit confusing for guests. The bar was at the back and anyone entering had to walk past all of the diners, so we moved it to the front and this makes for a more welcoming feature.”

Mora Restaurant & Grill serves up a menu of freshly prepared dishes, making use of carefully sourced ingredients, produced locally where possible. The restaurant has an extensive wine menu featuring a fantastic selection of whites and reds from all over the world, including Italy, Spain, South Africa and Tasmania. 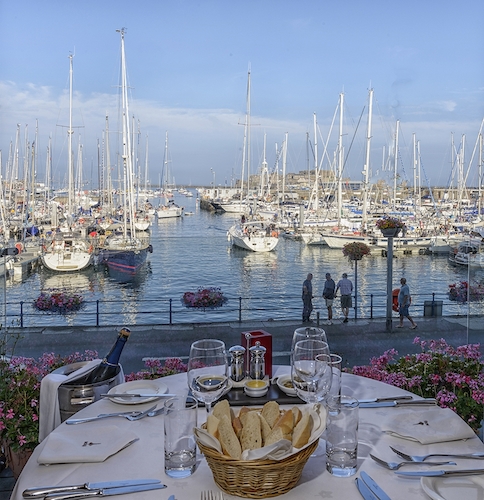 For more information about Mora Restaurant & Grill, or to make a reservation, please visit: www.mora.gg.