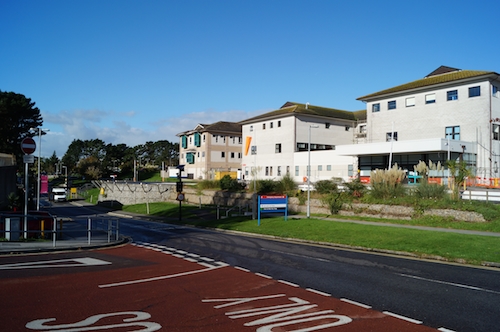 Royal Cornwall Hospital is 12 months into a £4.4 million project to expand and redesign its Emergency Department.

The Emergency Department (ED) was originally built to accommodate 35,000 patients. Patient numbers have increased steadily, by 10% over the past five years alone, and the Royal Cornwall Hospital team now sees 60,000 emergency patients per year.

The first phase of works started in November 2012. All building work required careful planning, as the department’s critical services had to be fully maintained throughout the complex building programme.

To accommodate ED patients a shuffling of services was necessary. The existing fracture clinic was relocated and a temporary ‘minors’ walking wounded area for ED patients was adapted, complete with a separated area for children. 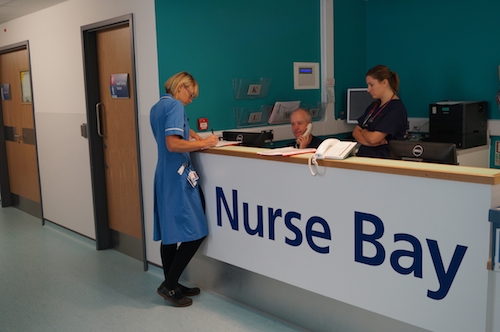 An extension area has been constructed to sit within the former courtyard area between the emergency department and fracture clinic. During this period the waiting room space was squeezed, but despite this the building works went smoothly and Phase One was completed, as planned ahead of the 2013 summer season.

As well as the opening of a new majors area, the x-ray department has undergone a redesign of its reception area and three digital x-ray rooms have been installed and upgraded with the latest fully digital equipment.

The modernisation programme for the Emergency Department is aimed at introducing new ways of working across the clinical services at the hospital. Royal Cornwall Hospital Trust’s Clinical Site Development Plan will see ‘hot’ (emergency and critical/complex care) and ‘cold’ (planned and lower risk) hubs in the Trelawny Wing and Tower Block created. 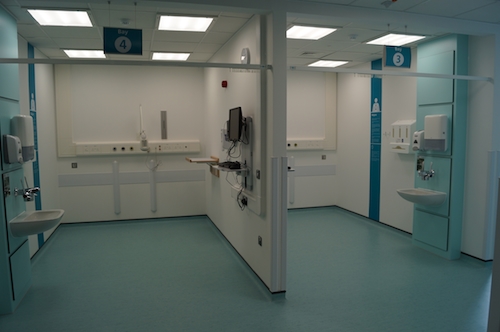 Another new feature will be the setting up of an acute GP service to work alongside the ED team seeing patients whose illness can be treated in a similar way to an emergency GP appointment. In the future ED will become the single point of access for all emergency admissions.

This project has been designed by HLM Architects and constructed by Mansell PLC. The look of the department has been focused on during the project and patients and relatives will now be able to find their way around more readily. Information points guide patients through the department helping them to understand the different stages of their treatment.

Alongside the refit and expansion of the existing ‘majors’ trolley bay – the number of bays is increasing from 12 to 22 – the new ‘minors’ area will open in the New Year and there will be a separate waiting and treatment area for children. 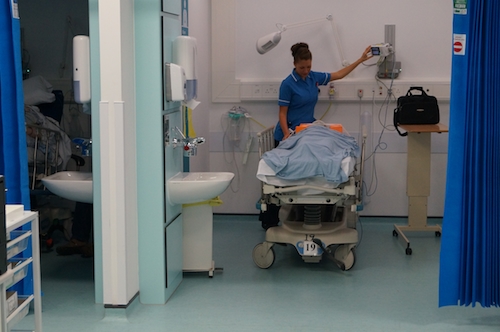 “This is an exciting modernisation and expansion of our facilities in the emergency department.   As well as physically redesigning the building, it will let us put in place the changes we want to make in order to improve patient flow for all patients coming to hospital as emergencies, offering a better working environment for the team here and a much better experience for our patients.”