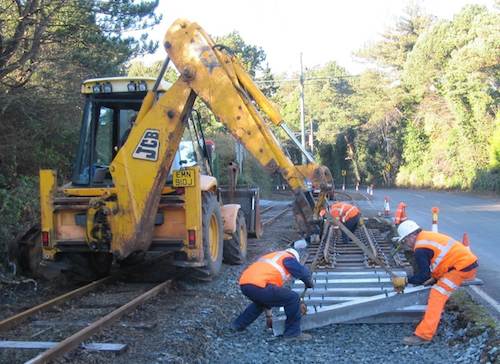 Built between 1893 and 1899, Manx Electric Railway is one of the Isle of Man’s traditional railways, connecting the towns of Douglas, Laxey and Ramsey.

Operating across three routes, the railways carry approximately 330,000 passengers per year, with services running between spring and autumn.

To this day, the railways continue to operate using the majority of their original Victorian and Edwardian rolling stock. As such the railway has a continuing programme of repair and improvement works designed to ensure a continued service throughout the months the trains are in operation.

The work keeps all three railway systems in operation and is vital for maintaining the valued rail network across the island. The ongoing renewals programme has kept all three services going strong for more than 100 years and has allowed passengers to view some of the most scenic landscapes and railways across the British Isles.

Keen to find out all about Manx Electric Railway, Premier Construction recently caught up with Peter Maddocks, the Chief Engineer for Public Transport at the Isle of Man’s Department of Infrastructure, to learn all about the island’s unique service. Peter gave Premier Construction the lowdown on the railway’s renewal programme, explained why the work is so important for the continued use of the railway as well as uncovering what the plans are moving forward. 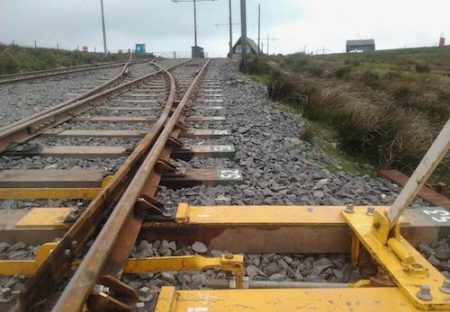 “In total, we have 60 miles of track on the railway. If a piece of railway lasts for 60 years, which is being optimistic, then we really need to be renewing one mile of track per year. Therefore we have to keep that schedule going on a permanent basis.”

“At various points in history, there have been times when there have been less funds available for maintaining the railways. Therefore over periods of times, we have seen the infrastructure of the railways deteriorate, with significant renewals required. This is predominantly track – drainage, sleepers, rail etc – but has occasionally involved bridge works and we also have projects for the electric and Snaefell railways which involve overhead electric supply.”

With the railways operating on a seasonal basis, the majority of the repair and renewal works take place throughout winter. Keeping most of the works held back until the off-season allows Peter and his team a clear timeframe with which to undertake the new season’s work.

“We have a forward financial programme, which gives us an indication of what funding is likely to be received for each of the next five years. We have a prioritised ‘wish list’ which highlights which sections of track require work and what the full scope of that work is and this means we can draw up an outline programme based on how much money we have available.”

“Unlike the rest of the UK, we are the only railway on the Isle of Man, therefore a contractor may have work for us for part of the year, but not for the remainder of the year. So finding a local retained specialist contractor has proved a challenge in the past, however, we have just finished our first year with a framework contractor.”

The Department of Infrastructure has just completed the first of a five-year contract, with Rail Projects Ltd, as part of a new framework agreement. The five-year contract includes two, one-year mutual extensions and has so far seen the implementation of approximately £400,000 of work within the first year.

“Rail Projects Ltd specialise in works for industrial and minor railways. We have an agreed framework with the contractor which provides us with an idea of what we can do within that set period, so in November we will begin building up a budget for the next year’s work.”

The first year of the framework included the creation of 400 meters of track renewal on the steam railway, which included two elements of a major drainage scheme. In addition, a number of smaller general maintenance works took place, using our own staff, including tidying hedges and mending gates.

Be it large or small, the work that is conducted on the railways is very important to the future and is the reason that Peter is involved with the project.

“It is critical that we maintain our programme to combat any future problems. The railway had deteriorated into a poor condition and at one stage it was close to closing. Some money was spent conducting, what was seen as emergency work, and through the implementation of this it became apparent that someone with a broader knowledge of railway infrastructure was required to oversee the works. This is where I came in and I have now been in this position for the past five years and it is great to be a part of this ongoing scheme.”

Colas (Isle of Man) Ltd is a leading construction company that specialises in Road Construction and Civil Engineering developments. The business also operates a limestone quarry, block manufacturing plant and waste recycling plant with their other parent companies on the island. The company has been operating in the Isle of Man for an impressive 35 years.

Colas IOM Ltd have recently been granted a 3 year contract from the Department of Infrastructure for a surface dressing programme, involving the application of a binder and chippings to various roads throughout the Isle of Man.

The business successfully completed a track renewal contract on the Snaefell Mountain Railway running from 2010/2012, comprising of the removal and renewal of rail and ballast. Also, Colas (IOM) Ltd was the chief contractor in the Laxey Station Regeneration project.

Ian Dunbar of the company claims:

“We consider ourselves a visionary company, looking ahead to a sustainable future. For this reason we take a very responsible approach toward the environment, society and economy in which we work. Our vision is to deliver growth through intelligent infrastructure solutions, excellent service and inspired people.”