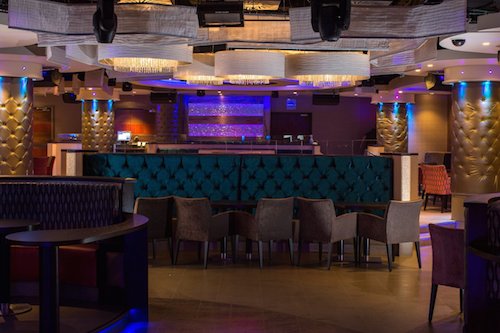 An extensive renovation project at the Royal Yacht Hotel in Jersey has been completed transforming many of the hotel’s communal spaces.

Premier Contracting acted as the main contractor on the project working alongside the clients and IDP Design in order to completely renovate the hotel’s two restaurants, The Drift nightclub, and create a brand new Wine Experience Room.

We caught up with Dave Johannsen, from Premier Contracting, who was the Project Manager during the renovation to find out more. Works were undertaken over two phases; the first phase saw the regeneration of the hotel’s two restaurants; The Zephyr and The Sirocco.

Situated on the first floor of the hotel The Sirocco restaurant has been fitted with a new, state of the art show kitchen. A refurbishment of the existing bar has also been undertaken and has seen the bar be redressed with a padded fabric and a new glass bar top. The back gantry has also been reconfigured making the space much more elegant.

The venue has also been redecorated and the ceiling has been transformed and now consists of mirror backing and glass baubles; making it a centrepiece of the restaurant.

The ground floor bar-come-restaurant; The Zephyr was also regenerated as part of the first phase of the works. The more informal bar space has had new floors installed, the bar was revamped and the ceiling has been redecorated to add a sense of luxury and decadence to the space. New joinery items were installed into the space adding a splash of colour to the room and a three quarter height wall, decorated with a brass seaweed effect, has also been installed creating a focal point in the bar. 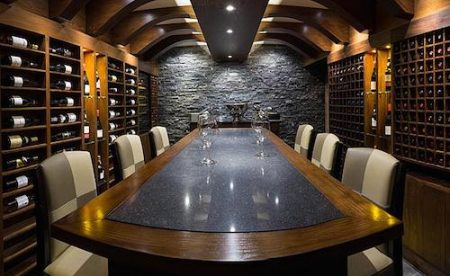 A brand new exclusive Wine Experience Room has also been added to the hotel as part of the first phase of works. The space, which was previously a storage room, has been overhauled and transformed into a private dining space which can be hired out by groups for exclusive occasions. The room has been formalised and fitted out with small cupboards, wine racks full of the best bottles, and a central table where exclusive meals will be served for those wanting a more intimate dining experience.

The first phase of the project was intense, especially bearing in mind that the team managed to rip out the surplus equipment in all spaces, refit and redress the rooms in just 14 days. All of the three areas were being worked on simultaneously as well which made the project even more intense. A rigid works programme was drawn up and adhered to in order to complete the project in the required time scale.

The second phase of the works began in April 2013 and again took just 10 days to complete. This phase saw the transformation of the hotel’s Drift Nightclub and saw the space extensively refurbished. The club’s floors were all refitted, one of the venue’s bars was removed and the remaining three bars were fitted with new tops, new fronts and new back gantries. The new small bar that was created offers a private service-only bar for those wanting a more relaxed clubbing experience.

The dance floor was reduced to allow for extra seating and a brand new state-of-the-art sound system has been installed. A new lighting system was also fitted allowing the club to stage impressive lighting displays; as all of the lights connect to a central hub everything can be programmed centrally. A feature of the club is the isolated booth areas dotted around the space which can be hired out for special events and birthdays. This phase of the works was completed in just 10 days. 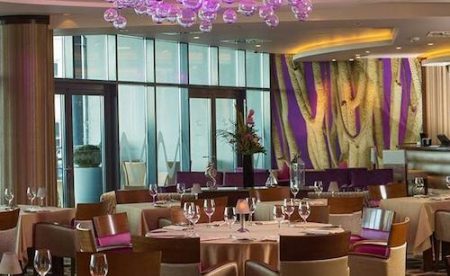 Dave Johannsen, from Premier Contracting, who was the Project Manager on the project said:

“As we were working in a live hotel – during both phases – there were time and noise restrictions varying between 8am and after 10pm. Everything ran relatively smoothly despite ‘a key player’ being ill five days into the second phase of works. I would like to point out that the additional support that the clients gave us at that time…. was priceless.”

“Everyone, including the clients, worked so hard on this project, it is a credit to each person that was involved with the project”

“The Royal Yacht Hotel is a prestigious hotel on the island and so being asked to work on a project there is very complimentary. The clients know what we are capable of and it is very rare that I would fail on a time schedule. Works timetables were drawn up before the projects began and the schedule was crucial to smooth running of both phases.”

“My special thanks go out to Nigel Robson, James Taylor and wish them all the best for a prosperous future”.