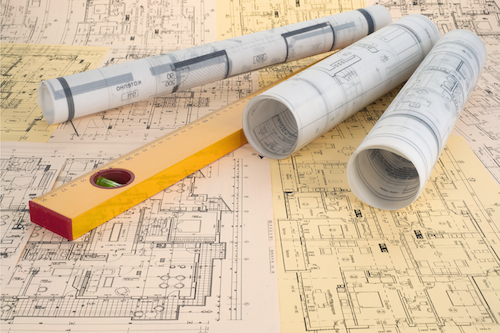 An impressive five bedroom mansion, situated in the Isle of Man, has recently won a Single Home Commendation Award from the National House Builders Council, due to its inspired design and impressive construction.

Premier Construction caught up with Mark Patton, the Site Manager at the Phildraw Road project, to find out more.

Mark, who has worked for developer and main contractor Heritage Homes for 22 years, said it is an honour to be recognised for his work. He added:

“It was a great awards ceremony! It is always good to be recognised and appreciated for the work you do; it is especially great for the client that their house and design has won an award. Although I have been with Heritage Homes for a long time this achievement still acts as a great addition to my portfolio and CV; I am very proud.”

Works began on site in spring 2013 and reached completion by the start of August this year; the project’s length is down to the complex nature of the build. Heritage Homes became involved with the Phildraw Road project because the owner was a previous client. The business owner was so pleased with the office block that Heritage built for him, also located on the Isle of Man, that he asked the property developers to build his own house.

Mark said that the client and Heritage worked together to devise a budget and works progressed from there. The unique property, which was originally designed by architects Mcgarical Jackson comprises three storeys filled with many impressive features.

The property is mounted on a hill, providing stunning views of the surrounding landscape, and contains an impressive lift system. The houses two main bedrooms each boast external balconies and the large guest wing has been beautifully furnished and decorated.

Throughout the house double and treble height ceilings make the space seem endless as does the open plan layout of the property’s kitchen, family dining room and living room. The vast house also contains six impressive chandeliers which are electrically operated to allow for the light fittings to be changed with the minimal effort.

The property’s glass balustrades, situated on the balconies and three staircases, add a touch of grandiosity to the property and make the space feel even more elegant and special. The 9000 square foot property also houses a large garage for the owner’s vehicles.

Oak and stainless steel can be found throughout the property as can glass, adding to the grand feel of the house. The build is mainly concrete block rendered with plaster finish. Mark added:

“Heritage Homes acted as the main contractor during the project taking over from the previous architects. We subcontracted about half of the works out to local trades people and undertook half of the work in-house. The project was extremely complex due to the situation of the house on a hill and the complicated nature of the build. Despite the challenge the end results have been great.”

Pro-Fab Welding Services was one of a number of subcontractors working on the Phildraw Road project.

“Pro-Fab Welding Services are pleased to be involved with Heritage Homes and provided top quality stainless steel staircases and balustrading, along with galvanised steel platforms for the exterior of the property at Phildraw Road.”

Andrew Williamson Furniture has been in operation since 1987 and specialise in the design, manufacture and installation of kitchens, bedroom furniture, home offices and studies, as well as bookcasing. The firm specialise in domestic projects and so mainly work with private clients.

“The client at Phildraw Road asked for us specifically to be involved and so we designed, manufactured and installed the kitchen on site. We were on site for approximately four weeks fitting the modern kitchen with gloss finishes and Guggenheim appliances.

“The space features a lot of solid wood surfaces as well. This was a prestigious job which we were given quite a lot of design freedom with; there are not many spaces that offer such freedom as they are often restricted by space constraints. The scale of this job offered us great opportunities.”

When asked what the company prides itself in, Andrew answered:

“Providing a good service and reaching perfection in all we do!”

Kelly & Roberts Ltd have been in operation since 2007 and specialise in delivering painting and decorating services as well as providing all types of wall covers for clients. The firm have built up an impressive portfolio since their inception having worked with Dandara Group on a plethora of show house projects in the past, as well as numerous others.

“We undertook all of the internal and external decoration on site and were on site throughout. We were the first workers on site as we undertook the painting of the lift shafts before the houses were constructed. We have now just completed the finishing touches.

“This project is great for us to be involved with as it is a high specification project which has gained a lot of media coverage. The woodwork and wallpaper on the houses is great, as are the featured walls and ceilings. Our entire team of 12 staff has been on site for this project and it has been a great one to work on which we have really enjoyed.”

“As a company we pride ourselves on our wallpaper hanging abilities which we do a lot on show house projects. We specialise in specific wall coverings and decorating techniques.”

Lyric Hifi specialise in the production of high quality, high performance Hifi equipment, as well as the production and installation of home cinemas and home automation lighting control. The company has been in operation for 30 years and has completed a plethora of residential projects for private clients in Ireland, Scotland, England and Spain.

Most recently the firm has undertaken an extensive project for one of the homes on the NHBC award winning site; Phildraw Road. We caught up with Michael Mcclean, the owner of Lyric Hifi, to find out more. He said:

“We distributed eight hi-definition televisions to the house as well as creating a dedicated cinema room with projector and nine foot screens. We then linked the speakers to eight of the rooms with concealed speakers, as well as adding some lighting control as well.

“The whole project was designed to a high standard and we were able to carry out the job without worrying about cost. Quality was the emphasis of this project.”

Michael added that because the systems they install are quite complex it is important thing to ensure that at the end of the job it is easy for the customer to use, even if the technology involved is complex. He said the team pride themselves on ensuring easy use for customers.