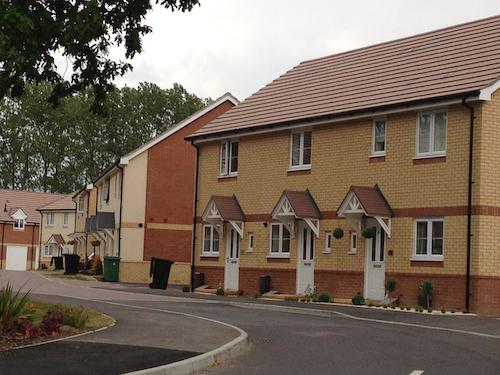 The construction of 32 units at Sandition Place development in Bognor Regis, West Sussex, has been completed following a challenging six month project.

The works initiative began on site in May 2013 and saw developers Bellway Homes tackle a number of challenging groundwork issues to complete the site in November.

Premier Construction caught up with Mike Paddock, Site Manager at Bellway Homes, to find out more about the site, which was recently awarded an NHBC Pride in The Job Award. Mike commented:

“I know my name might be on the award but it belongs to everyone; we are all part of a team! It is great to win the Pride in The Job Award as it is recognition for all of the hard work, blood and guts you put into a project.

“It is really nice to know people have recognised your work.”

The site used to be an old junior school but became a Brownfield site after the junior school was demolished and a large new sports college academy was built adjacent to the site. Bellway Homes bought the site and have since developed 32 units on the land; these units include two blocks of six flats, two flat over garages and a total of 18 houses.

All of the properties have been newly built using a selection of two brick types and mainly comprise two and three bedrooms, with just two units containing four bedrooms. All of the properties were sold prior to completion with many of the buyers being first time buyers who have bought the property as part of the help to buy scheme. Mike added:

“We feel part of the buyer’s journey which makes the project even more enjoyable.”

Bellway Homes acted as the principal contractors on site using their in house trades people and architect. The team encountered difficulties during the early stages of the project due to running sands in the foundations of the site. This made it very hard for the workers to pour the foundations as whenever they tried the ground simply collapsed.

Thanks to a hands-on management team a solution was quickly arrived at and a multi-staged process was undertaken in order to lay the foundations effectively. Although these issues did affect the budget and schedule of the scheme the on site team recovered quickly and works progressed smoothly from then on.

Mike said that the project has been made much more enjoyable due to the great team he has worked with and the upbeat attitude of the onsite staff. He added:

“Everyone was happy on site and despite the joviality on site the standards remained of a high quality. We walked away from the site proud of what we had achieved!”

Bellway Homes has been in operation for just under 70 years and has grown from a small, family-owned firm to one of the most successful house builders in the UK. Today they directly employ 2,000 people and have earned an enviable reputation thanks to an impressive portfolio of high profile projects. Their extensive experience made the firm ideally placed to undertake the Sandition Place scheme.