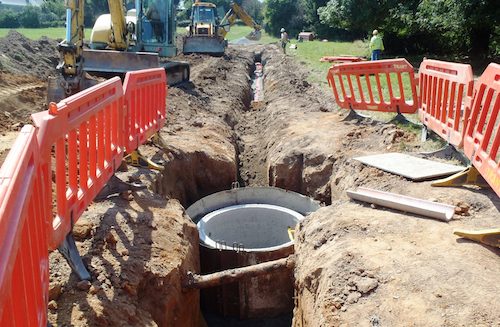 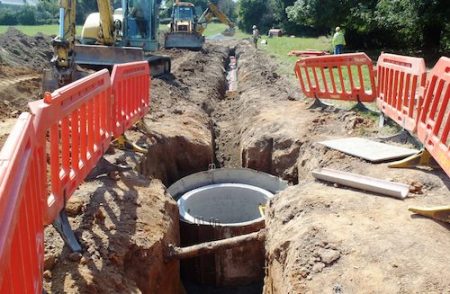 Around 75% of properties on the Island are already connected to the public sewer, with the other 25% relying on cesspits to store their sewage, before it is collected by sewage tankers and deposited into the public sewer at one of a series of emptying points.

By its very nature, the process of excavating public roads to significant depths in order to extend the sewers is expensive, time-consuming and disruptive to the public. As a result of this, over the last few decades a number of discussions have been held at government level to decide what connection percentage target should be the aim, and what timeframe this should be achieved by. As financial circumstances regularly change, so have the targets surrounding the NEP. 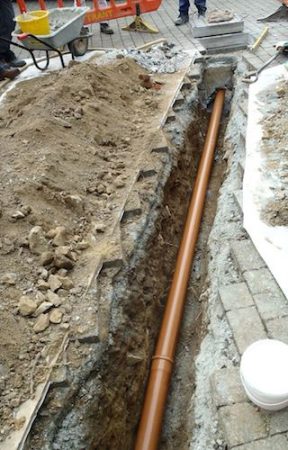 It is accepted that the final 5% or so of properties will probably never be connected due to their distance from where the public sewer would be installed, meaning that the cost to connect would be prohibitive. The States of Guernsey are soon to make a decision on the future of the NEP and what level of funding should be apportioned to it.

The extension project in Les Naftiaux in St Andrews was an important one strategically as it allowed a length of sewer to be laid in a central position in the Island which will eventually allow other sewer ‘legs’ to join at a later date. Contractors Geotrant carried out the project from 24th June 2013 until 30th May 2014 allowing around 110 properties to connect to the public sewer. 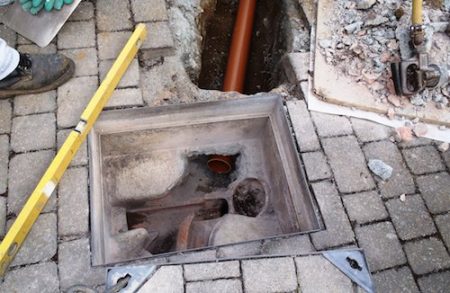 Before the project began, a questionnaire was sent around to all properties that would have the potential to connect to the public sewer once the new length had been installed, to ask them how important they felt it was to be connected to the sewer rather than utilising a cesspit. The results show that the majority of customers felt it was important to connect to the public sewer and that for a £3k connection cost, 90% were likely to go ahead with it. However, if the cost was £5k or more, this percentage dropped to under 50%.

The £3k connection cost is usually attainable if it is a straightforward link between the sewer’s lateral pipe and the customer’s drainage feed, but if the customer’s property is below road level and cannot be gravity-fed to the sewer, then a small private pumping station is required. This usually doubles the cost of the connection, and will also incur maintenance costs for the station in future years.

In terms of financial benefit, customers usually find that the money they spend on connecting to the public sewer is paid back over 4 – 5 years, as they no longer have to pay the cesspit collection charge. 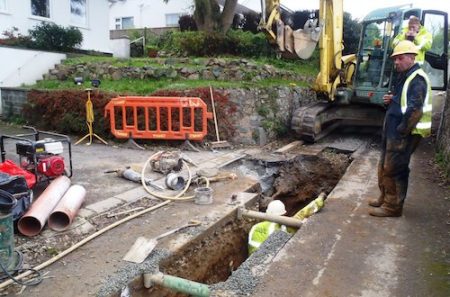 In addition to the questionnaire, plenty of media work was carried out by Guernsey Water in advance of the project starting, and staff held a drop-in session for residents and businesses in the area at the local school. Regular project updates were provided via the Guernsey Water website and social media channels. Staff also took the opportunity to meet with certain stakeholders in the area who would be most affected by the works, for example St Andrew’s School and the Guernsey Blind Association.

The project was completed within the allocated budget, and feedback from residents in the area was very positive, with inconvenience being kept to a minimum and access to properties maintained wherever possible.