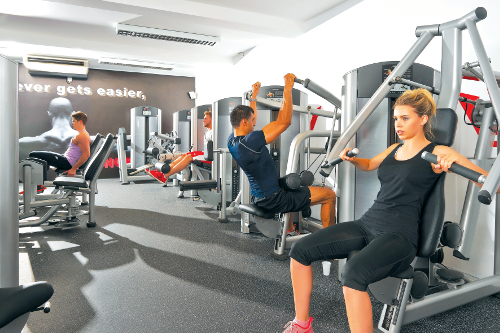 The first phase of an extensive development project at King’s Health Club, in Guernsey, has been successfully completed within an impressive four week programme.

The second oldest rackets club in the world opened in 1857 and has been owned for the past nine years by successful local property developer Long Port Group. Both the venue’s Cardio and Strength zones have been completely refurbished.

Premier Construction Channel Islands caught up with Chris Tardif, Group Property Manager of Long Port Group, who acted as the Project Manager on this project, to find out more about the King’s Health Club redevelopment. The Cardio Zone was closed on the 15th May and reopened again on 6th June with the Strength Zone being closed for approximately three days near the end of this period to allow the new flooring to be laid.

“Long Port Group has owned the King’s Health Club for nine years and this first phase of development has seen the club’s two gym areas fully refurbished and updated.”

The space was then fully rewired with Cat 6 cabling in order to connect the new very latest high tech Discover SE Range fitness equipment, with 19” widescreen consoles members will be able to enjoy a wider range of high quality digital live and on demand entertainment options, digital browsing and access to apps such as Facebook and Twitter.  Each screen has interactive outdoor courses in California, France, Germany etc. to run, hike or bike through.   Floor to ceiling graphics were installed with a separate inspirational quote wall and the clubs logo to freshen the users experience once the area was decorated in the club’s corporate colours. The new equipment was installed, commissioned and staff fully trained over an impressive three day period to complete the refurbishment.

Works in the Strength Zone were undertaken in a record three days; all of the equipment was refurbished in order to create the best environment for members to exercise in. The kit was reupholstered and new stack wraps were also installed with new cabling to the weight stacks. In order to keep the space open for a maximum amount of time most of the decorating was undertaken out of hours and the new flooring was completed in stages.

The works were sub contracted out to, AFM, Slattery Décor, Smith Signs, Quantum Cabling and Alpha Flooring. All works were overseen by Project Manager Chris Tardif, from Long Port Group, who said there were many challenges to contend with during the renovations works.

“We knew the expected delivery date of the new equipment at the start of the project and so worked backwards from that date to ensure minimal disruption to our 2,000 members. During this down time we were able to give members a selection of CV equipment to use in one of our other studios so they could still work out.”

Future works are to include renovating the clubs wet and dry changing rooms, upgrading squash and tennis courts, increasing the size of the gymnasium, rejuvenating both pool areas and a spa facilities and developing the club’s lounge area. The extent of these works depend on the granting of planning permission from local authorities to build a modest residential scheme on the front part of the site, the proceeds of which will be used to fund the club regeneration. 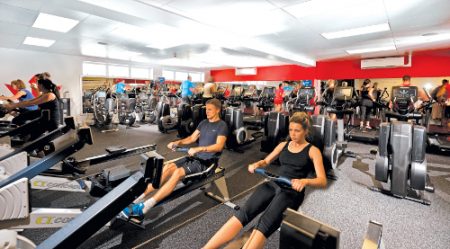 Chris said it has been a pleasure to be involved in the renovation project so far; he added:

“My background in Long Port Group has been as a Property Manager, where I manage the groups Guernsey portfolio. Seeing the project through from the initial design stages, through the construction process has been a great experience! It’s been good for me to undertake the entire build and I am looking forward to being involved in the future phases.”