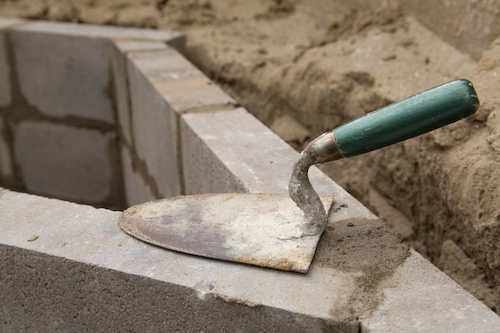 A development of 14 private dwellings in Chelmsford, Essex, has come to an end and has been received so well that the NHBC have awarded it an industry recognised Pride in the Job award for its high quality construction.

The Signals site, located on Hall Street, comprises nine new build properties and five refurbished buildings which offer a luxurious, yet homely environment for buyers to live in.

Works began on site in January 2013 and were completed at the end of July this year. The site, owned and developed by Knight Developments, previously contained an array of historical buildings, some of which have been retained and others which have been demolished.

The on-site team firstly refurbished the existing properties on site, converting the Wellhead Apartments building into a stunning living environment, complete with an impressive staircase.

After the refurbishment process was complete the team began work on the new builds. Below ground drainage systems had to be diverted in order to begin laying the property’s foundations. The piling works then commenced and the erection of the structures followed; all of the houses are made using traditional methods of brick and block. Most of the houses have been fitted with cedar cladding and parapet roofs finished with new slate tiles.

The site now contains a selection of houses and flats. Three five bedroom homes, entitled The Bradfield model, can be found on site and boast impressive facilities spanning three storeys. We caught up with Peter Sheaf, from Knight Developments, who acted as the Site Manager during the Signals project.

He said that it is great to have been awarded an NHBC award:

“The award proves how hard we have worked and is great to add to our portfolio. This project proves we can produce great work and shows how the whole team worked together; the project was a team effort. To win the award shows we are doing it right.”

The five bedroom houses comprise a luxurious lounge with an impressive large fireplace, as well as a study and a large open plan kitchen area and diner. The oak panelled kitchen leads out to a spacious garden through patio doors. The first floor also contains storage space, as well as a cleverly concealed utility area and winding staircase leading up to the first floor.

The property’s first floor contains two en-suite bedrooms at the front of the house and towards the back of the house holds two other bedrooms, which have the use of a communal bathroom. All of the bedrooms have been fitted with built in wardrobes as has the master bedroom situated on the second floor. The master bedroom also adjoins to an impressive dressing room, which lies adjacent to a lovely playroom.

Knights Development acted as the main contractor during the project working alongside Arcady Design. The houses were mainly left quite neutral in terms of the interior design allowing buyers to customise as they wish.