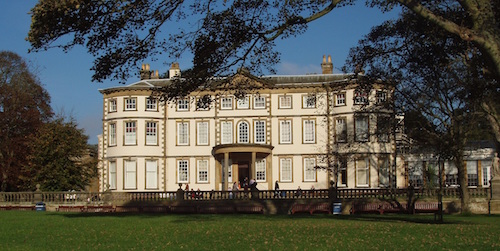 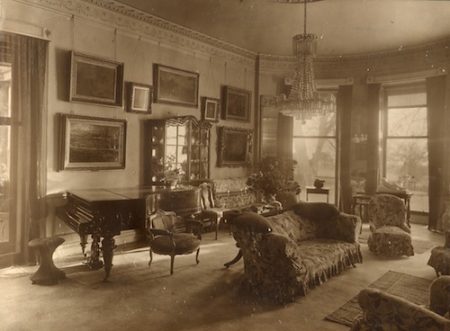 A £2.6 million restoration project at the historic Grade 1 Listed Sewerby Hall, in Sewerby Village, near Bridlington has recreated the look and feel of the house as it would have been in the Edwardian era.

The project was part funded by the Heritage Lottery Fund.

Two outbuildings were refurbished in the first phase of the project, creating a welcome centre, education rooms, an estate office, public toilets and ancillary accommodation.

The refurbishment of the main hall was carried out in the second phase, to a brief set by the Hall’s curator Janice Smith, who used a series of images from 1910 as inspiration for the scheme.

Janice said: “The refurbished hall offers visitors a chance to step back in time and experience the house as it was around 1900. There are many more rooms open now than before the hall closed, including an Edwardian nursery with period toys and games, and a restored working kitchen with a coal-fired range.”

The project was managed by the East Riding of Yorkshire Council using in house consultancy services. The main contractor was William Birch, who undertook both phases of the scheme and has been commended for their work.

Interior works to the main hall included structural repairs, substantial plasterwork repairs, the restoration of a servants’ wing (formerly used as museum exhibition rooms), re-decoration in the original colours based on historic paint sampling and the laying of bespoke carpets in historic designs.

Other works included full refurbishment of the building’s mechanical and electrical services, including the heating system which incorporates period radiators. Both electronic and physical security systems were also substantially upgraded and a VESDA fire detection system was installed.

Substantial joinery repairs were carried out to wooden framed windows and doors and wooden flooring was removed to reveal the original stone floors underneath.

Various external repairs were also carried out, including those to the windows and roof.

“One of the challenges of the project was the need to adopt modern standards and meet the requirements of the latest regulations within a historic environment,” Simon Button of the East Riding of Yorkshire Council told Premier Construction.

“William Birch are a specialist building contractor and did a very good job, we are pleased with the work they carried out and the project has been very well received,” he added.

The project commenced on site in autumn 2012 and was completed in summer 2014.

The restoration of the hall, which this year celebrates its 300th anniversary, has been funded by a grant of around £950,000 from the Heritage Lottery Fund (HLF), topped up by around £1.6m from East Riding of Yorkshire Council.

“The restoration of Sewerby Hall shows the value of capital investment both by ourselves and the HLF, which will bring more visitors to the area, whilst at the same time reducing the running costs of the Hall. This in turn benefits local residents, by keeping costs down, and at the same time enhances the East Riding’s heritage and culture offering. It’s a perfect combination for residents and visitors alike.”

Fiona Spiers, Head of the Heritage Lottery Fund for Yorkshire and the Humber said:

“This project represents a real boost for the local community and tourists alike – enabling people to experience what life at an English county house was like at the turn of the century. Sewerby Hall is a fine example of a Queen Anne/early Georgian country house and regionally and nationally significant. Now this wonderful heritage can be enjoyed by current and future generations.”