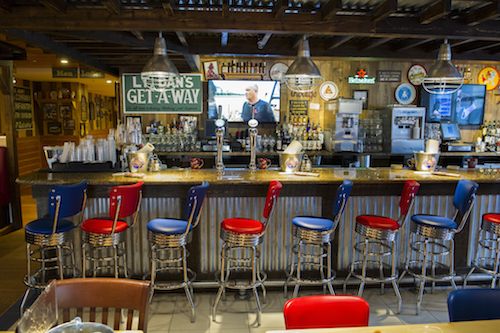 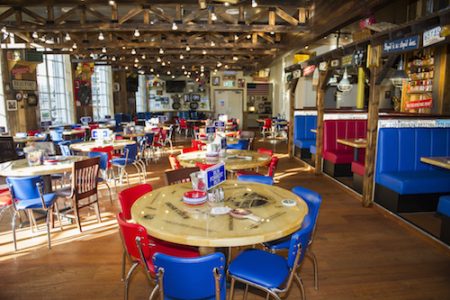 Replacing the iconic Planet Hollywood restaurant in London’s popular Trocadero, Bubba Gump Shrimp Co. is a fantastic new venue which is already making a name for itself within the nation’s capital.

Bubba Gump Shrimp Co. is spread over two floors and comprises a 400-seater restaurant, a bar, a Gump House for group parties and a ‘retail market’ which sells Bubba Gump Shrimp Co. branded merchandise. The corner restaurant overlooks both Coventry Street and Rupert Street so is ideally placed for passing trade and those wanting to try something a little different.

Known for its outstanding seafood in its native country of America, Bubba Gump Shrimp Co. takes its name and inspiration from award-winning film Forrest Gump. The restaurant chain has 39 restaurants across the globe and is aiming to replicate this success here in the UK.

“I am thrilled about opening the first Bubba Gump Shrimp Co. in Europe and in such an iconic location,” said Fawzia Mubarak Al-Hassawi, restaurant’s franchise owner. 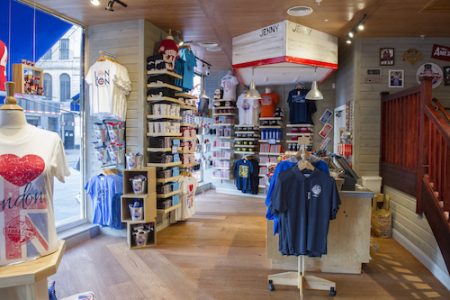 “I have been to a few of the sites in the USA and always wanted to bring the brand to Europe. The opening in London is the first hopefully of a series of successful openings throughout the UK.”

“Having established Landry’s as one of the leading dining and entertainment companies, we are looking forward to continuing to expand our presence in other countries. Bubba Gump Shrimp Co. is well-suited to the bustling London market and I know families will enjoy its entertaining atmosphere, family friendly service and quality seafood.”

P.E.C was invited to tender for this prestigious project based on their knowledge, experience, expertise, quality and competitiveness. Work began on the project in October 2013 and reached completion in September 2014. 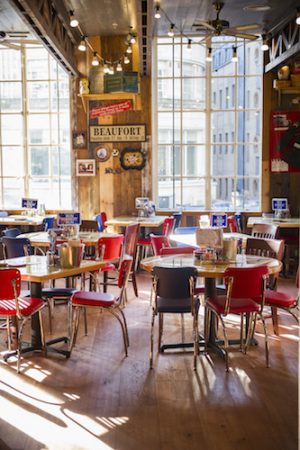 The construction programme was designed specifically so that P.E.C could create a UK compatible take on the restaurant’s original US design concept. Speaking to Premier Hospitality about the project, Managing Director of P.E.C, Sohan Panesar, said:

“Bubba Gump Shrimp Co. is a globally branded image, which has been translated to fit the UK market. The owners have used the concept from the movie Forrest Gump, therefore a lot of the detail, menu and wording is taken from the film. A lot of memorabilia is also placed throughout and we had to follow this as we created a UK-based restaurant.”

As well as replicating an already successful concept for the UK market one of the biggest challenges that P.E.C faced was the restaurant’s location. London is one of the busiest cities in the world and with tourists and the usual hustle and bustle of everyday life, P.E.C certainly had their work cut out for them when installing this in the Trocadero.

“We had to consider the fact that Bubba Gump Shrimp Co. is located within central London, where everything surrounding the project is live, with people walking around the area and shops open as usual. Our works were in direct contact to adjoining businesses either side, above and below, so they were subject to various restrictions at certain times. The area around Piccadilly Circus is an area of London which is open 24/7, so even our nightshift teams were exposed to similar challenges that our dayshift teams encountered.” 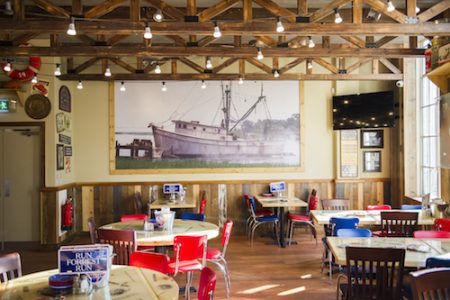 Seafood is at the heart of the Bubba Gump Shrimp Co. menu, with signature dishes including Coconut Shrimp, Lobster Linguine and the Bucket of Boat Trash, which showcases a mix of fried shrimp and crab claws. Meanwhile, fans of the Tom Hanks-starring film will recognise the likes of Jenny’s Catch of the day with Lobster Butter Sauce and Lt. Dan’s Drunken Shrimp, cropping up on the menu.

Additional offerings at Bubba Gump include appertisers and light bites, such as Mama Gump’s Garlic Bread Basket, Crab Stuffed Mushrooms and the Shrimper’s Net Catch. To complete the menu is a delicious selection of drinks, ensuring all tastes are catered for.

Reflecting on the project, Sohan said:

“Bubba Gump Shrimp Co. was a unique project; the first in the UK and Europe, setting a benchmark for many more. Our presence in the capital is enhanced with our Mayfair office, however with this landmark location we will certainly be looking to reach out to even more likeminded clients. We helped deliver this new D&B contract – which was full of various challenges from start to completion – but finished as a great success.” 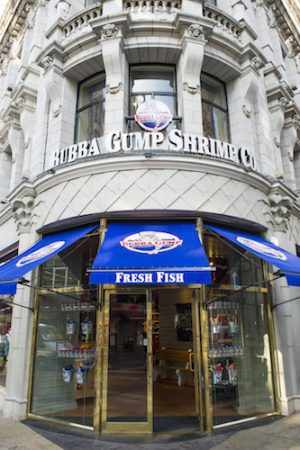 Euro Floors London Ltd specialise in the installation of hardwood flooring and finishing in the commercial and residential markets. Residential projects range from house building schemes to private projects.

Having been in operation for four and a half years the firm has worked with an array of high profile clients. Projects include the first phase of works at the National Theatre in Southbank as well as a huge private contract for the ARK joinery project.

Premier Hospitality caught up with Dave Smith, Sales Manager at Euro Floors London Ltd, to find out more about the firm’s recent involvement in the Bubba Group Shrimp Co.

“At Bubba Gump Shrimp Co. we installed around 700m2 of wood flooring to the ground and first floor restaurant and foyer areas. We then finished the floors applying a coloured finish and sealing it. Because of the sheer numbers of other trades on site, we took the decision to work nights. It was very important for us to be involved with Bubba Gump Shrimp Co.’s flagship project in Europe; which is the first of 20 branches set to be opened in Europe.

“We pride ourselves in our workmanship and work ethic, as well as our high quality finishing and flexible service.” 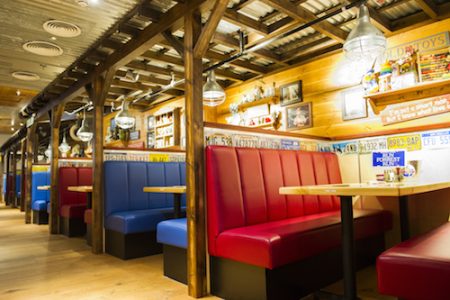 Aurora Lifts specialise in the design, modernisation and installation of bespoke lifts across the UK. Aurora has grown significantly in recent years based on client recommendations for providing outstanding service from quotation to final hand-over.

Aurora has over 20 years’ experience within the industry and have a strong name in the customised lift sector. Now owned by Europe’s largest manufacturer; Schindler, Aurora is able to offer an increasing product range.

Since their inception the firm has worked with a plethora of high profile clients including P.E.C, Transport for London, GlaxoSmithKline, Ikea, Royal Borough of Greenwich and Norland. All of these clients have trusted Aurora to deliver complex solutions on varying projects from £50,000 to £2,000,000. 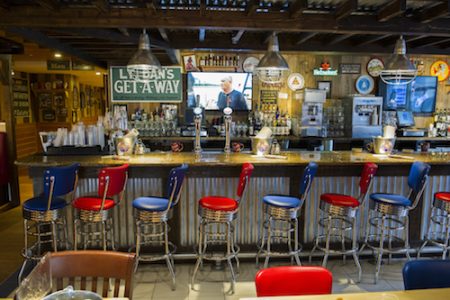 Most recently the firm has been involved with Bubba Gump Shrimp Co. The company were contracted to design, supply and install a bespoke lift to facilitate access to the new restaurant. The project required additional engineering input due to other floors in the building being occupied which required design dispensation for the lift to be installed.