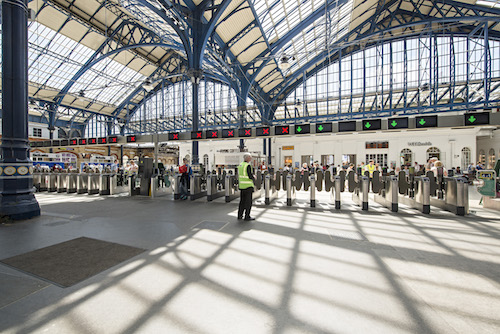 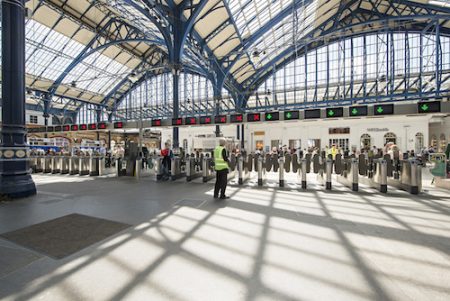 Brighton Station has recently been awarded a commendation in the Large Station category of the National Rail Awards following an extensive nine month project.

The project has seen the Victorian Grade II Listed station transformed to its former glory.

We caught up with Craig Latowsky, Design Director at TTPP who acted as the scheme architects, project managers and Quantity Surveyors on the project, to find out more. TTPP tendered for the works and were awarded it by Southern Railways and began the design process early in 2012. Craig commented:

“The brief we received from the client had a number of aspects; the first aspect was to generally improve the passenger experience at the station by providing improved facilities and better circulation around the station. This included returning the station to the grand old Victorian terminus it used to be as it had been neglected for many years. Another important aspect included adding a commercial element to the station. We had to transform the unused buildings on and around the station into beneficial retail outlets which would give customers something to do at the station, as well as bringing in revenue to the operator.” 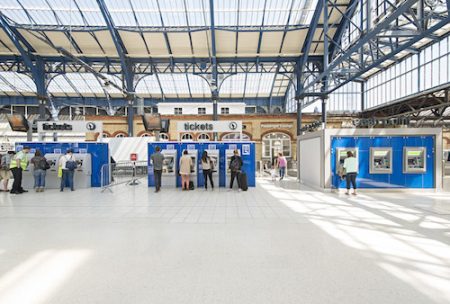 Works began on site in January 2013 with Walker Construction acting as the main contractors alongside TTPP. The station originally contained a large retail unit and a control centre in the middle of the concourse which obscured the station from view as well as blocking the pedestrian routes through the station.

With this in mind the main aim of the project was to remove the control centre and open up the concourse in order to make more space in the main passenger area. The onsite team also relocated and increased the ticket gateline to improve passenger flow.

An old customer information display unit gantry, which was located in the centre of the station, blocked views from the concourse through to the train station so it was removed, again to open up the station and create more space.

The first part of the works involved removing the structures that were no longer needed or blocked up necessary space. Relocation works were also undertaken to create a more efficient station. Existing station staff offices and accommodation were moved, as was the control centre to another area of the station and the British Transport Police base was also relocated.

Many buildings throughout Brighton Station were brought back into use including the old toilets and the postal office which was being used as a store room. As part of the scheme a new passenger waiting room was introduced in the East Wing of the building as previously the station did not have one. 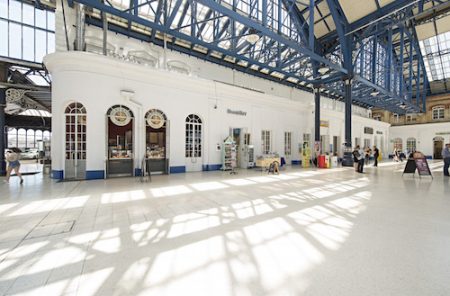 The onsite team worked closely with Brighton and Hove Council’s Heritage Team to agree the strategy on how best to decorate and refurbish the space whilst retaining existing features. The team also worked with the Railway Heritage Trust during the scheme, who part funded some of the works.

The main areas of the station that needed sensitively refurbishing included the Mocatta Building and the East Wing Thameslink Building. The Mocatta Building had a 1970’s suspended ceiling which was removed to reveal original plaster and cornice works which were sensitively refurbished. Moulds were taken of the original cornices in order to replicate and reinstate where missing.

In the East Wing Thameslink Building, which used to be a parcel delivery building, the roof has been rebuilt and the decorative cornicing and feature work was reinstated.

The station remained operational throughout the works programme and so TTPP worked closely with Walker Construction to ensure passengers still had safe access to the station. Works were phased and all of the contractors scheduled the project in line with the station team and train operating company requirements. Much work was also carried out at night when there were no trains running.

Daily consultations were carried out to ensure the works and contractors were not doing anything that would affect the main operation of the station.

Millennium Plastercraft, who specialise in the manufacture and production of plaster mouldings, renovated the heritage ceilings at Brighton Station and were on site for two and a half months carrying out the works. Their part of the job was undertaken on site over four phases. Owner of the firm Tom Samuels commented:

“It was a nice project to get involved with as we enjoy doing heritage work and refurbishment projects. It was also a very prestigious scheme.” 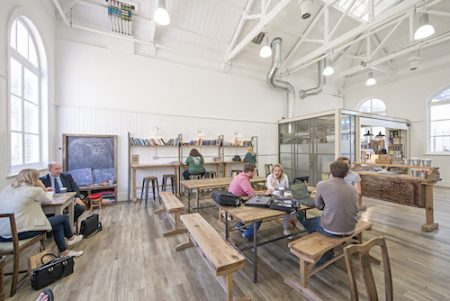 Govette Windows Ltd specialise in the manufacture, supply and installation of purpose made steel single and double glazed windows and doors. The company was formed in 1996 and recently removed the aluminium doors and windows fitted at Brighton Station and replaced them with the original design of old steel doors and windows.

“It was important to be involved with this scheme as it was local to us and was an interesting scheme which we very much wanted to be a part of.”

Most of the works during the project took place in the station’s East Wing, turning the old station storage buildings into shops, as well as in the main Mocatta Building. Another aspect of the scheme involved all of the old signage and gantries being removed on the main concourse.

“We are very proud of the scheme as it is now a really impressive station and we have received a lot of great feedback from people. There really is a sense of arrival now – like you have reached somewhere special. It definitely is a destination.

“At the National Rail Awards we received a commendation and we are very pleased that all the hard work that went into the project by all stakeholders was recognised and the station has become very successful .”