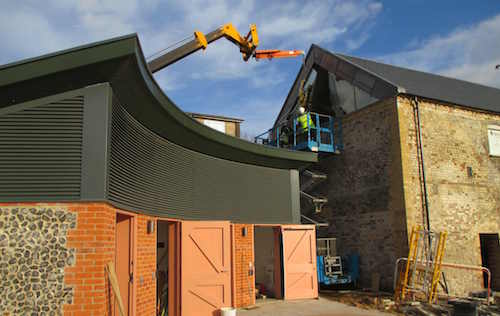 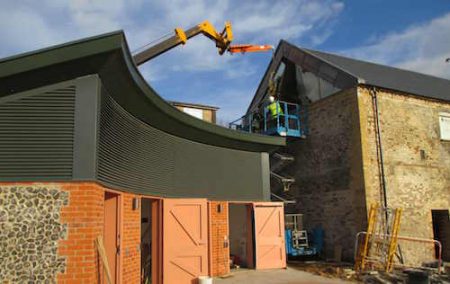 A new bus interchange is soon to be complete in Thetford, Norfolk, following an eight month construction process.

Upon completion the L-shaped concourse will comprise five bus shelters, and cycle racks, a new toilet building, a Listed building and a meet and greet car park.

We caught up with Barry Andrews, an Architect from project architects NPS Property Consultants Ltd, to find out more about the scheme. Barry commented:

“NPS have been involved with the Thetford Bus Interchange scheme for many years. I became involved during the latter stages of the project including the construction phase which began on site in July 2014 and is due to complete by the end of March this year.

“Part of the Interchange became operational on the 28th February as Thetford’s old bus station closed on this date because of redevelopment there. This enabled the town to have a bus interchange while the remainder of the works are completed. 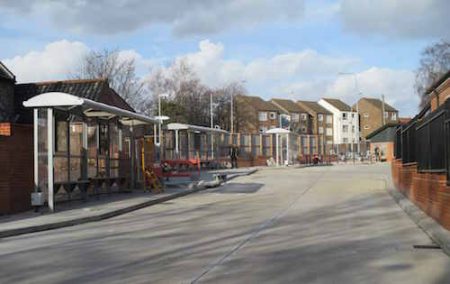 The main contractor on the scheme is Kier.

The scheme’s first phase included the completion of the site’s concrete concourse, three bus shelters and other adjacent site works. The remainder of the works includes the completion of the renovation of the Listed building, the meet and greet car park and the new toilet accommodation; all of which is are due to be finished by the end of March.

Before works began the site was previously derelict, or used as an informal car park. The Listed building was roofless and in a derelict fire damaged state. It has now been re-roofed and remodelled and the Client is now seeking tenants for it.

The team worked alongside The Conservation Officer for Breckland District Council throughout the project, to make the building look authentic. The remodelling including rebuilding sections of the brick and flint walls using original materials where possible while the new roof used new Welsh Slates.

A new semicircular toilet block has been constructed with flint walls to replicate the appearance of the Listed building. Luckily the team did not have any archaeological or contaminated soil issues during the project. However a few buried cables were encountered but this did not prevent the first phase opening as planned.

“Norfolk County Council is one of our main clients; NPS designed Norwich bus station a few years back and this scheme carries on from that project. This is a further area of expertise for NPS that enables the group to extend its client base.”