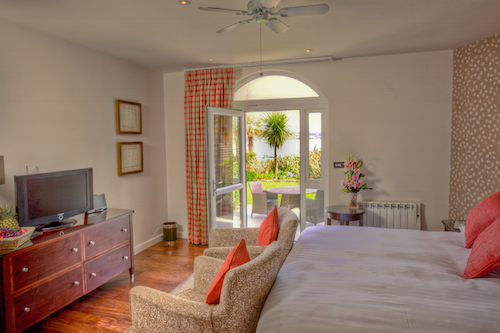 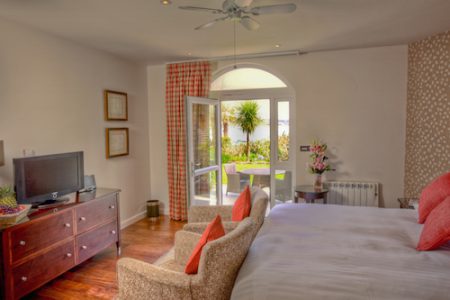 The hotel is the only JQA gold four star hotel on the island and boasts impressive views of the surrounding hillsides, yachting harbour and village of St. Aubin.

The venue has been revamped inside and out and was closed for six weeks whilst works were being undertaken. Speaking to Annemarie Dolan of Dolan Hotels, owners of Somerville Hotel, we found out more about the renovation works:

“We closed the hotel as it would have been impossible to do the quantity of work with the hotel open as all areas were affected. It was interesting having all areas of the hotel affected simultaneously and disruption everywhere.

“Despite this the contractors on site worked well together and made huge efforts to get the hotel finished and opened on schedule. I am very impressed with our staff who have all worked very hard putting the hotel back together in time for opening.”

Three separate contractors were hired for the scheme including Regal Construction, who undertook works on the windows and miscellaneous items; Lotherington’s Commercial Interiors worked on the bedrooms and doors; AFM renewed the fire detection systems throughout the entire hotel; and Payton Guerrier acted as the electrical contractor for the public areas.

Justin Gallaher of Gallaher Architects and Jane Goff of Goff Associates worked alongside Dolan Hotel to revamp the hotel. The project has involved the replacement of all of the building’s bedroom doors and corridor cupboard doors with oak fire doors to comply with new fire regulations. 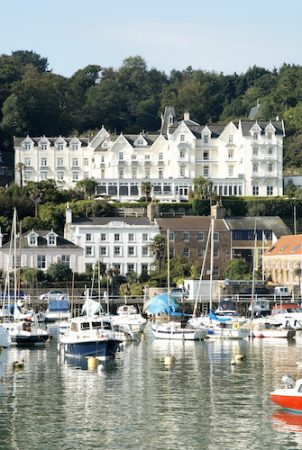 Ten of the hotel’s 59 bedrooms have been refurbished with new artwork, new furniture, existing furniture was reupholstered and new carpets and curtains were fitted. The hotel offers guests a choice of classic and superior bedrooms with either an inland view or panoramic view across Jersey’s St Aubin’s Bay.

The venues public areas on the ground floor have been fitted with new carpets and the floor tiles in the entrance and reception have been replaced.

Somerville’s Tides Restaurant has been redecorated and new lighting has been installed to create a more relaxing, elegant dining ambience. In the hotel’s Bar & Terrace all of the existing artwork has been reorganised and some new pieces have been added to the ensemble.

The bar windows and doors out onto the breathtaking balcony have also been replaced with new double glazed hardwood units, complete with top opening vents which can be operated electrically.

Annemarie said due to the property’s listed status a planning application was required to replace the venues windows. Despite the lengthy planning process the rest of the project ran smoothly, apart from a brief delay with the fitting of the carpets due to a missed slot in the weaving schedule. Annemarie commented:

“As we changed the width of the new carpet to the joins in a better position and we went to the back of the queue as the new width was to be made on a different loom.”

Located in St. Aubin, Somerville Hotel is just a stone’s throw from St Helier with its department stores, boutiques and nightclubs. The capital also boasts a plethora of alfresco restaurants and vibrant harbourside bars.