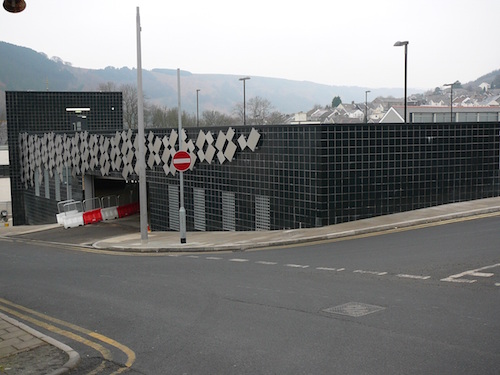 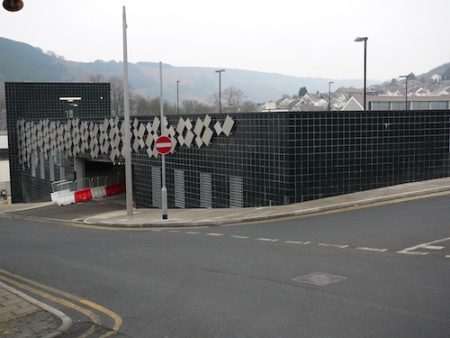 Geared to boosting economic growth in the town, a new £2M state-of-the-art two-storey car park has just been completed at the corner of High Street and Division Street in Abertillery town centre.

The project, which commenced in February 2014, was carried out for Blaenau Gwent County Council, designers and structural engineers for the scheme were CD Gray. Main Contractors were Encon who were commended for their work on the project.

The new car park occupies the site of an older 1970s-built multi-storey car park which was demolished in a separate contract.

“The old car park was not fully DDA compliant and was quite dark inside, as well as having some issues with anti-social behaviour, so we desperately needed an updated car park which was more user friendly.”

The new car park incorporates approximately 140 parking spaces, with the new bays being far more generously sized than the previous accommodation. The building incorporates a glass stairwell and lift, is well lit and incorporates CCTV security cameras in the stairwell, as well as being fully DDA compliant. A roller shutter door closes off the main access from ground level when the car park is closed at 7 pm (apart from pre-arranged later openings depending on local events). 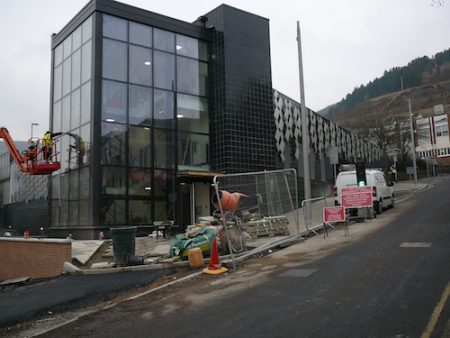 The building is constructed on concrete foundations and is structured around a steel frame. External elevations are clad in glazed blockwork with architectural mesh and architectural panels on the upper elevations

“Encon did very well – especially given the constrained site surrounded by businesses and the car park would have been open much earlier but for the fact that a finish needed to be applied to the upper deck under suitable weather conditions – and we have been waiting for suitable weather since early December,” said Nick Landers.

“Feedback on the scheme has been very positive both from the public and local councillors. The car park now provides a modern facility for years to come,” he added.

The car park is one of the latest developments in the regeneration of the town centre following Blaenau Gwent Council’s success in securing a £13M European funding package over 4 years to help boost the economic development of the town centre and provide a better environment for the local community and businesses, as well as attracting visitors and potential investors to the town.

Other projects undertaken in this regeneration include public realm improvements, traffic calming schemes, environmental enhancements, the creation of an architectural feature at the gateway to the town, shop refurbishments, the removal of derelict properties, the refurbishment of the town cenotaph and the refurbishment of a former church to create a community shop in conjunction with The Coalfields Regeneration Trust. 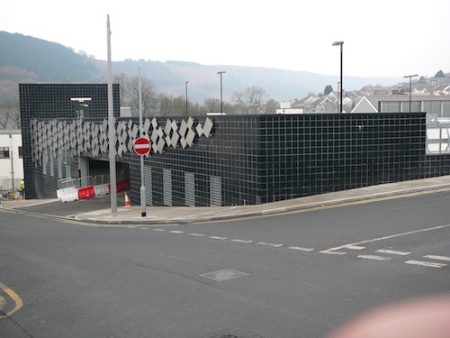 “The development of this site, linked with the enhancement of the public realm throughout the town, will support the continued development and regeneration of Abertillery town centre.”