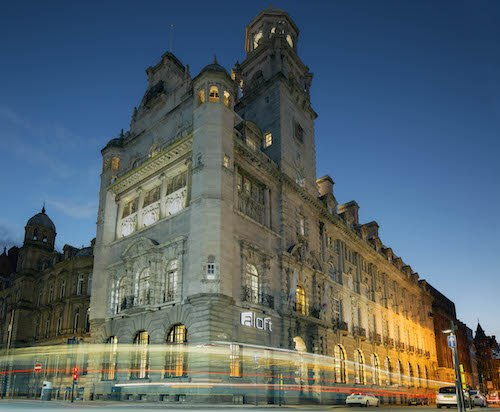 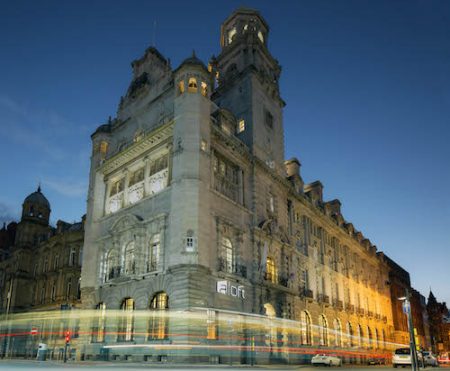 The hotel opened its doors for the first time in October 2014 and has since been met with fantastic feedback from its guests.

Aloft Liverpool boasts 116 loft-like guest rooms – each with its own large walk-in shower – as well as Re:fuel, a one-stop, 24 hour drinks, food and treat stop. In addition, guests can keep up with their fitness regimes via the hotel’s 24 hour gym, Re:charge, or take advantage from the hotel’s free, unlimited Wi-Fi.

The 4-star hotel is the UK’s second Aloft hotel (the first opened in London Docklands) and is conveniently situated close to Liverpool ONE shopping centre. Feature highlights of the hotel include over-sized windows and room for creative spaces, equipped with the latest audio-visual technology.

Prior to its transformation into Aloft Liverpool, the building featured on the English Heritage At Risk Register and had been left unoccupied for a number of years. A previous scheme to convert the building had failed to take off and it was looking unlikely that the site would be transformed into a viable project. Therefore, to ensure the building’s future, a pragmatic, collaborative approach was required in order to take the building forward. 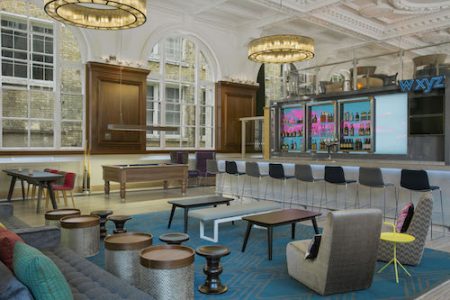 Balfour Beatty was appointed as the main contractor on Aloft Liverpool, transforming a building which was previously in a poor state into a beautiful, boutique hotel. Balfour Beatty is an infrastructure services business, operating in more than 80 countries including Singapore, Hong Kong, Australia, the USA and of course the UK.

Balfour Beatty has been in operation since 1909 and works in partnership with a global team of designers, planners, engineers, builders, project and facilities managers, analysts and consultants. Over the past 106 years, Balfour Beatty has been involved with many interesting and innovative projects, making them the ideal choice to deliver Aloft Liverpool.

Working closely with the local authority planning and conservation officer, Balfour Beatty was able to turn the building’s fate around, developing a modern, branded hotel in the process. The scheme not only delivered on its goal, but also managed to retain many of the site’s original features, including its steel frame structure.

Specialist trades were used on every aspect of the building, whilst an English Heritage grant assisted with the reinstatement and repair of the dormer and slate roof to meet current codes. Meanwhile, stone masons restored the internal faience tiled corridors and significant historical plaster works were undertaken to repair plaster in the main hall. The building’s grand stained glass window was also temporarily removed and carefully restored by specialists, before being reinstated. 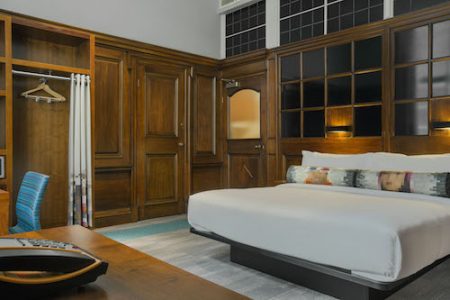 During the creation of Aloft Liverpool, Balfour Beatty partnered with Liverpool John Moores University’s Built Environment Department, to allow students to benefit from seeing a live build in action. Students from the degree course used the scheme for their final year projects, which was supplemented by multiple site visits.

Such is the success of the Aloft Liverpool project, that the scheme is currently shortlisted in two categories within the North West region of the RICS Awards 2015 – a significant achievement which demonstrates how the project encompassed a number of different aspects of restoration and construction.

First up, Aloft Liverpool is shortlisted within the Tourism & Leisure category at the RICS Awards 2015, where the project faces stiff competition from the likes of Elizabeth Gaskell House in Manchester and the Grosvenor Park restoration scheme in Chester. Meanwhile, in the Building Conservation category, Aloft Liverpool sits alongside shortlisted projects which include the Manchester Cenotaph relocation, The Lion Salt Works in Chester and All Souls, Bolton, amongst others.