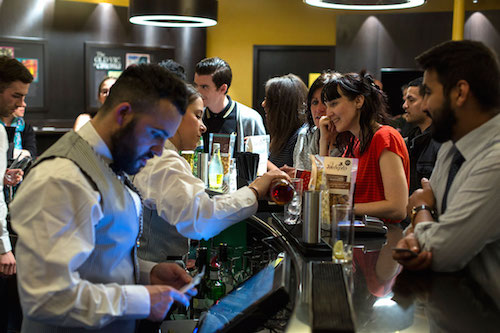 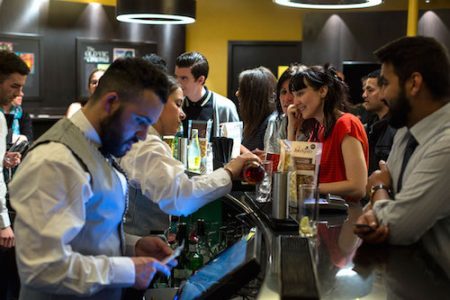 The University of Westminster has reopened its historic Regent Street Cinema to the public in after a three-year renovation.

Situated in the heart of London’s West End, Regent Street Cinema is where the first-ever performance of moving images took place.

Created by the Lumière brothers the first movies were shown as part of a tour to a paying British audience in 1896, paving the way for a century of cinematographic innovation. In 1980, Regent Street Cinema was turned into a student lecture hall and hasn’t been open to the public since.

The reinstated Regent Street Cinema and state-of-the-art auditorium will offer the best repertory programming, serving as a unique arts venue for quality world cinema as well as lectures, screenings, workshops and events. The cinema will also act as a venue for the University of Westminster’s film students and faculty members to showcase their award-winning work.

The University of Westminster launched a major fundraising campaign in 2012 to restore the cinema. The restoration of the historically significant Regent Street Cinema was funded by a £1.5million Heritage Lottery Fund grant as well as a £2m donation from The Quintin Hogg Trust, which helped the University meet the £6.1m target. Further fundraising has been supported through the ‘Name a Seat’ donor campaign complete with a personalised plaque on the selected seat in the cinema.

“We are very excited to open the doors to Regent Street Cinema, the only UK cinema to show all moving image media from 16mm and 35mm to Super 8 film, to the latest in 4K digital film. In addition, the cinema will offer a distinctive and highly-informed programming style combining cutting-edge British and World cinema, retrospectives and classic repertory titles documentaries, non-Western cinema, artists cinema, experimental moving image and animation as well as masterclasses, film industry events, premieres, retrospectives, touring guest programmes and annual and biennial festivals.” 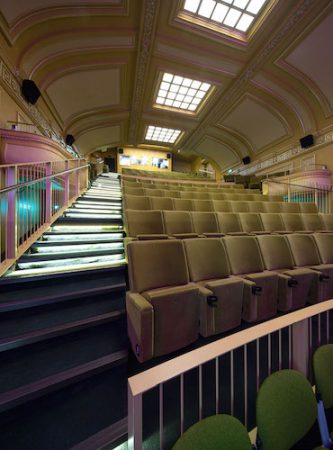 Since the first degree course in moving image production started at the University of Westminster in 1971, a long-list of award-winning graduates have emerged including BAFTA winning director Asif Kapadia for Best Documentary and Best Editing for Senna (2012), and Best British Film for The Warrior (2003) and Bond screenwriter Neal Purvis for Outstanding British Film for Skyfall (2013), Adam Wimpenny (2000) Director of ‘The Revolution Will Be Televised’, which won the BAFTA for Best Television Comedy, and Oscar nominee Seamus McGarvey.

Jivitesh Mazumdar, a recent alumni of the BA Animation, won the Public Choice award at the British Animation Awards, and the BAFTA for best Animation. His short film ‘Stranger within me’ was selected for the Cannes Film Festival 2014. It’s not only those post-university who are being recognised: current film students recently scooped six out of 15 awards at the 2014 Kodak student commercial awards. 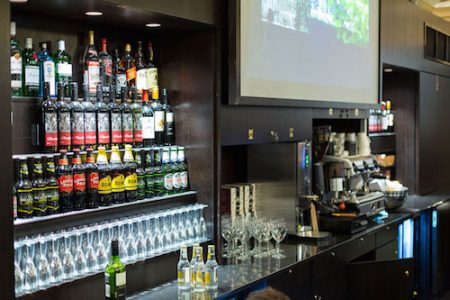 The Regent Street Cinema aims to continue to be a flagship venue for experimentation and origination, both with industry and artists, as it was when created, over 175 years ago. The venue has hosted the first public screening of moving images, the first photographs to be taken, and the first X-Rated film in British cinema and will continue to recognise this innovation following the long awaited restoration.