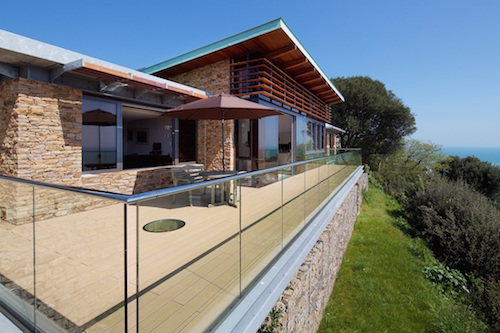 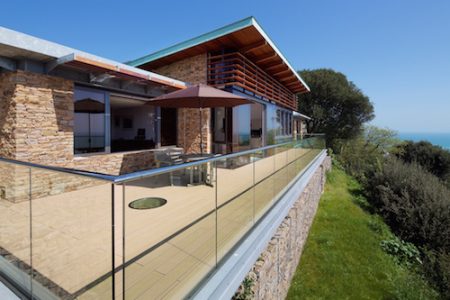 Possibly Jersey’s most creative and innovative architectural practice has celebrated their 10th anniversary this year.

Over the decade, Designplus architects have added numerous outstanding and impressive projects to their growing portfolio, and are currently shortlisted for several prestigious national and international architectural awards.

Based in the heart of Jersey’s capital St Helier. The enthusiastic and talented Designplus team comprises a number of skilled professionals that include architects, technologists and interior designers.

Eddie Caldera, Director of Designplus said: “Creativity, originality and uncompromised client service is part of who we are, and we aim to differ from our peers by pushing our design beyond expectations. Architecture has the power so shape and define our surroundings, affecting and enriching the lives of those who live in and use our buildings.” 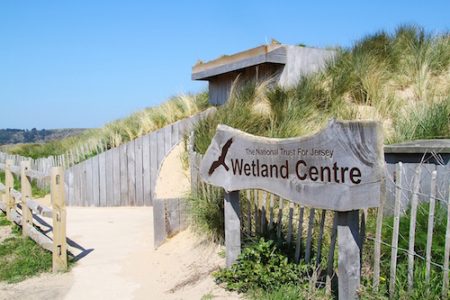 Main Contractors for both projects were Mitchell Building Contractors.

Currently shortlisted for several design and technical excellence awards and incorporating a host of original and distinctive features, La Vregie is a single storey home located on the edge of a quarry plateau adjacent an escarpment, with uniterrupted sea views. 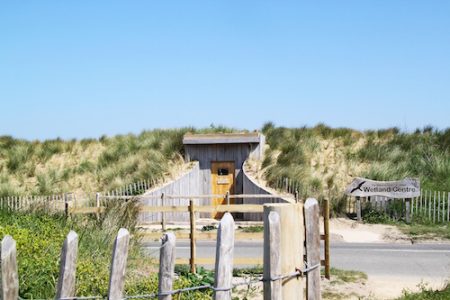 Eddie Caldera said: “The three bedroom, 240sq m building is set against a quarry wall, excavated to facilitate the construction and providing local granite to construct both the external elevations and also used inside the building. 350 tons of hand cut and stacked granite were used in a contemporary finish with large, deep joints which provide homes for the local lizard community.

“The building has a roof seeded with grasses from the immediate area and sits on a series of planted gabion boxes filled with the granite left from the construction and containing local plants which, in 12 months’ time or so, will be completely covered in grasses and flowers, providing a natural plinth for the building. This combined with the grass roof and stacked stone elevations will, in effect, make the building visually disappear into the landscape.

“Everything about the house is bespoke, making this one of the most unique buildings in Jersey.” 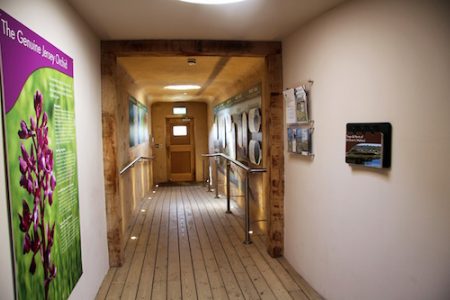 Inside, the building is split into three sections – one of which is a guest wing incorporating two bedrooms and a shower room, all with plastered and painted walls. The second section is a south facing kitchen, living and dining area with white painted and plastered walls and a 2.5m high ceiling at one side which dramatically rising to 4.5m at the other. This section also incorporates a floor to ceiling glass wall to the south framing the stunning views.

The third section includes a master bedroom and private ‘snug’ leading onto a private ‘secret garden’. The house’s 2m wide main corridor is clad in the same granite as the exterior, and incorporates a sliding canvas screen printed to look like matching granite, which can be closed to conceal the ‘snug’, providing the owners with complete privacy. The corridor also incorporates 14,000 LED lights above a stretched canvas ceiling, so the whole ceiling lights up as one large panel.

The second of these two outstanding building is The National Trust for Jersey’s Wetland Centre which is a wildlife observation centre designed to be used all year round and created as a worldwide attraction for ornithologists and wildlife enthusiasts. 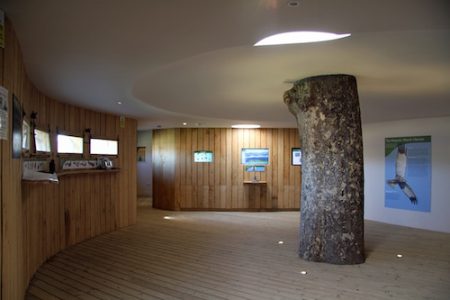 Eddie Caldera said: “After careful observation, local wildlife species were captured and temporarily housed in compounds. We then removed the local grasses in the construction area and set these to one side for later reinstatement. Once this had been done, we constructed an underground structure which was mounded up externally, with the local grasses then being re-planted on top to conceal it, before the wildlife was released back into the area.”

Internally, the underground structure has wooden walls and flooring, and a tree which appears to hold up the roof has been incorporated centrally. Another original feature is a German bunker which was discovered during construction and has been integrated and transformed into a learning studio for children and complete with computers. A CCTV system with cameras in various external areas has also been installed.

“The centre has been very well received and has been deemed a huge success by the National Trust,” said Eddie Caldera. 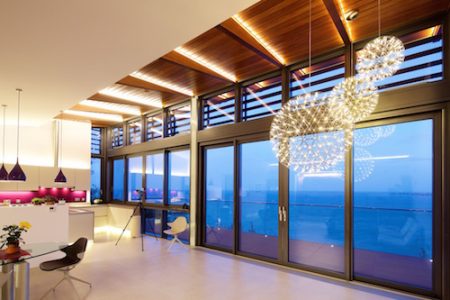 Both of these buildings are very different and individual, both being designed specifically to respond to their individual sites. Both are very successful and demonstrate Jersey’s local talent in the business of architecture.