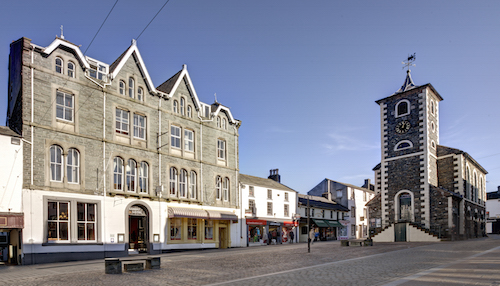 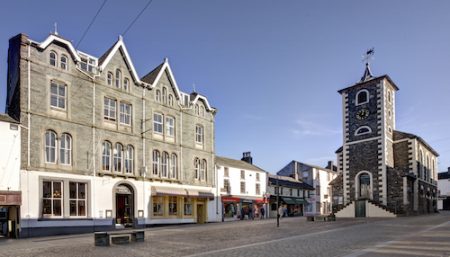 Lake District Hotels have unveiled the Inn on the Square, their seventh venue, after a seven month on-site project transforming the former Queens Hotel into a modern, 34 bed hotel.

The hotel owners purchased the Queens Hotel, situated directly in the middle of Keswick market place, in April 2014 and ran it until November when they closed it to begin the renovation process.

The contemporary look at the newly opened Inn on the Square in the heart of Keswick is creating quite a stir. Inspired by the best of European design and a love of all things Cumbrian, the team at Lake District Hotels had ambitious plans to create an imaginative and welcoming interior for their newest hotel. Their aim was to develop something unique in Keswick, combining a touch of urban cool with Cumbrian icons like the Herdwick, and making it a fun place to stay. 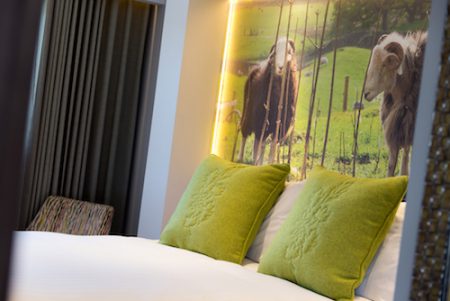 Premier Hospitality caught up with Dani Hope, Marketing Director at Lake District Hotels, to find out more about the development. Dani commented:

“When we purchased the hotel last year we wanted to develop it into a more modern venue as all of our other hotels in Keswick; the Skiddaw Hotel and the Kings Arms Hotel, are quite traditional. We wanted to change the hotel’s name to differentiate the venue from its old, run down state in a bid to ensure it was dramatically different from the old hotel.”

The in-house team worked alongside main contractor Naylor & Walkden and architects Frank Whittle Partnership, who helped source products and carry out room layouts, in order to deliver the refurbishment efficiently.

After stripping out the venue the on-site team discovered that the building was in a poor state of repair and so required more works than initially planned. As a result the venue was completely overhauled; a new roof was fitted, new plumbing and electricity systems were installed, a new kitchen was fitted and all of the floors have been redone. 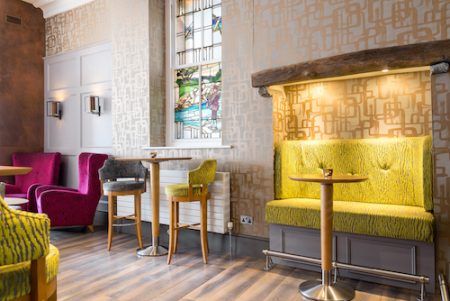 The entrance of the hotel fronts onto Keswick’s market square and  evokes a touch of Italy with an original painting by Italian artist, Marco Grassi – very much in vogue and a favourite with celebrities and Stella McCartney who has commissioned work for her new store in Rome.  The stunning globe light is Dutch, designed by designer Raimond Puts and is the first of several striking lighting pieces. It is a perfect sphere of mathematical ingredients, punctuated by tiny LED lights, and makes you feel like you are staring into the soft glow of a starry night. Straight ahead lies the reception area, next to which is the grand staircase leading to the three floors of bedrooms.

To the left of the reception is the front bar of the hotel which features large windows looking out over the town square and an impressive new fireplace, as well as the bar itself.

All of the venue’s bedrooms have been completely revamped as have the restaurant, lounge and bar. One wing of bedrooms has been relocated so they now offer stunning views of the fells which has made a big difference to the space. 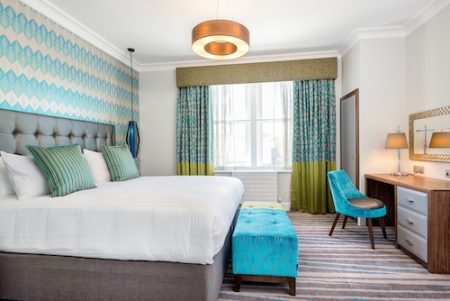 Two of the hotel’s wings branch off to one side of the building and contain 13 Herdwick bedrooms which each feature a wall dedicated to the Lake District’s famous breed of sheep bringing a flavour of the outside, in. No need for additional art, (but you can rest assured you’ll have a good night’s sleep – the beds are supplied from just 20 miles away from Sealy!)

The remaining 21 bedrooms, entitled Townview rooms, are situated in the old front part of the hotel and offer guests a modern, bright environment with lovely views of Keswick town centre.

Another feature of the revamped hotel is a dedicated steakhouse -Brossen– which is Cumbrian for ‘full up’ –. The restaurant boasts a striking feature wall comprising illustrations of a cow, pig and chicken depicted in terms of the juicy cuts of meat they offer. On the other side of the restaurant a large service hatch into the kitchen has been installed enabling diners to peer directly into the kitchen and see their meals being prepared. 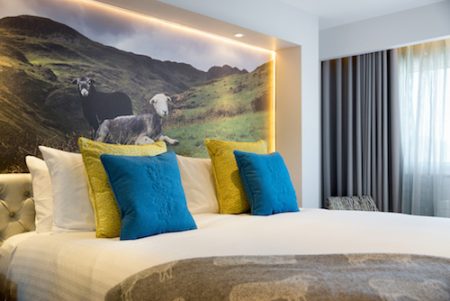 The team have also knocked through part of the kitchen to make a dedicated viewing section.

Keswick’s only steakhouse is open every night from 6pm ‘til 9.30pm Sunday to Thursday and a little bit later (10pm) on Friday and Saturday. The menu comprises a delicious selection of Cumbrian produce and is the ideal venue for old and young alike.

“As this is another addition to our family of hotels we wanted to be there every day during the project to ensure everything was done to our liking. We have been very hands on and worked with the contractors.

“We don’t think there is anything like this in Keswick; it was something that was needed for the locals looking for a new cocktail bar or a new restaurant, as well as a great venue for tourists. We have had great feedback from the locals which has been great!” 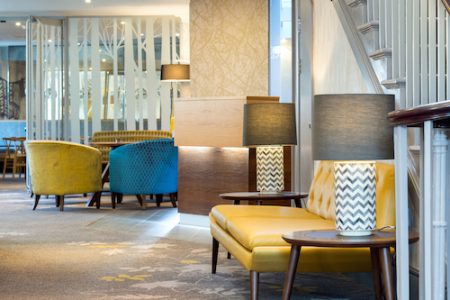 Based in Lancashire, JKB Ltd specialise in the design, manufacture and installation of bespoke joinery. The company operates throughout the nation, and employs highly skilled and experienced craftsmen who are dedicated to delivering an excellent service to customers.

In regards to their involvement with The Inn on the Square project, JKB manufactured and installed all of the fixed furniture, the bar, reception desk, fixed seating, wine rack and display cabinets.

Premier Hospitality caught up with Paul Hatch, Quantity Surveyor of JKB Shop fitting to ask the importance of being involved with the project, he replied:

“It is a great project with a local contractor and local designers, allowing us the opportunity to show our abilities manufacturing bespoke joinery for the hospitality sector.”