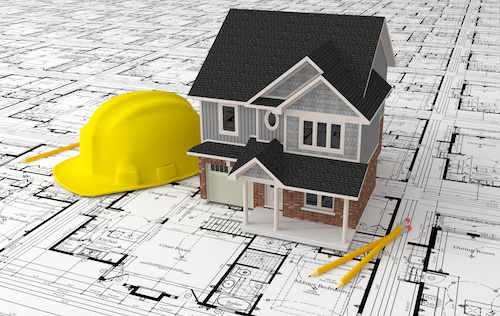 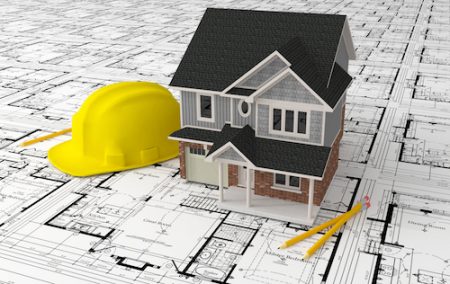 A Pride in the Job Quality Award crowns a successful career for Alan Betteridge, site manager at Pennyfarthing Homes’ The Dormy development in Ferndown, Dorset, who is due to retire after half a century in the construction industry next year.

“It took me a long time to win it – but I got there in the end,” said a delighted Alan, who started out as a carpenter before working his way up to foreman, assistant site manager, then site manager – a role he has occupied since being 28 years of age.

“I am lucky that I have a large number of good trades on site and I put a lot of my award success down to them. Quite a lot of people come to work to get things done as quickly as they can and make as much money as they can, but finding those who take a pride in their job is rare.

“I was really pleased to have won an award, as was everyone on site – and we got a bonus from the company too.

“The homes at `The Dormy are very nice – not your average house and each plot is more or less bespoke, with prices over one million pounds on average. We are now around half complete and around seven or eight properties have already been sold. This is a well known local site which was previously occupied by The Dormy Hotel – which is how the development got its name.”

Located within walking distance of the prestigious Ferndown Golf Club and yet within easy reach of the town centre with its range of shops and day-to-day services; The Dormy will comprise a substantial yet exclusive development of 25 beautifully appointed four and five bedroom detached houses, created by award winning developers.

One example of the outstanding quality of property on this exceptional development is described by the company as: “A superbly appointed five bedroom detached house with an attached double garage, enjoying a westerly facing rear garden with a mature wooded backdrop on the edge of this prestigious development.  There is a beautifully appointed kitchen/breakfast room with French doors to the garden, a living room with bi-fold doors also opening out on the rear garden and a dining room, study utility room and cloakroom.

“On the first floor there are the five bedrooms (three en-suite).  The master bedroom enjoys a vaulted ceiling whilst bedroom three has an adjoining play room, which with its en-suite, could create a small au pair’s/teenager’s apartment.”