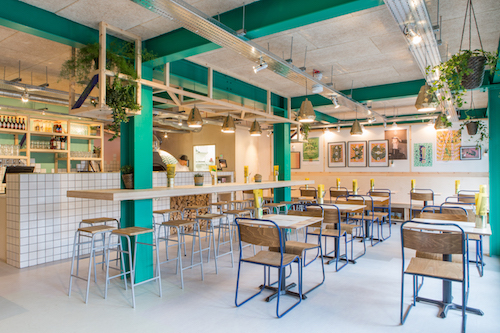 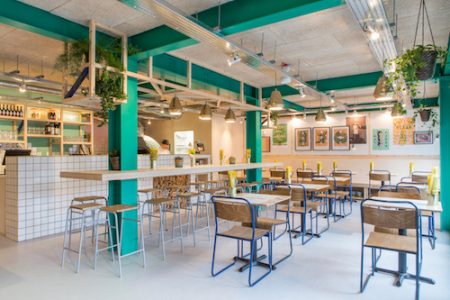 Situated at 30-32 Westow Street, in the Crystal Palace area of London, Four Hundred Rabbits is a sourdough pizza restaurant, serving a fine selection of pizzas all cooked in a 450° wood fired oven.

The pizza menu is accompanied by a strong selection of craft beers – sourced from brewers around the world – and backed by six seasonal varieties of Gelupo – considered the best ice cream in London.

In addition to the restaurant’s selection of pizza, beer and ice cream, Four Hundred Rabbits also serves up delicious Allpress coffee, as well as Birchall Tea. The coffee is roasted in Shoreditch and brewed on site, utilising the restaurant’s La Marzoca FB/80.

Four Hundred Rabbits opened its doors for the first time in August 2015 and is already proving popular with guests who are looking for convenient, great value food. Pizzas take around one minute to cook and with a pre-order take away service available, it means that no customer is waiting too long for their meal. 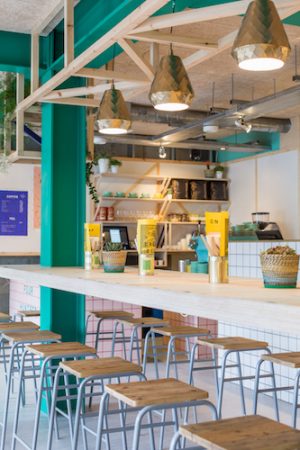 “Our client wanted something that was fresh. They don’t have any Italian heritage, so we dropped all of the traditional pizza references which are usually associated with this type of restaurant and instead conceived a design that reflected that this was a start-up brand, using simple joinery, simple materials and fresh colours.”

Before work began on the project the building operated as a hairdressing salon, so considerable work was undertaken to transform the space. A new shopfront was installed to provide an inviting entrance, which includes two sets of bi-fold doors and a set of double doors in the doorway. 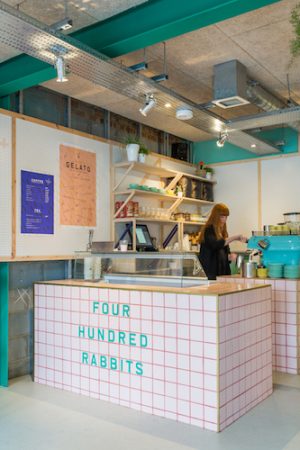 “Crystal Palace is quite a popular destination for people in the surrounding suburbs, so if it is a nice day a lot of people will be walking through. The shop front was replaced to help attract the passing trade.”

With the restaurant now open and fully operational, the plan is to develop the Four Hundred Rabbits brand in other areas of South London. However, this initial opening has proved fruitful for all, including Celia.

“Working on Four Hundred Rabbits was great. The design reflects the type of design that I like working on and I got to work with clients who are quite brave in what they do. It has been a good start for Four Hundred Rabbits and it would be great for us to maintain our working relationship with the brand.” 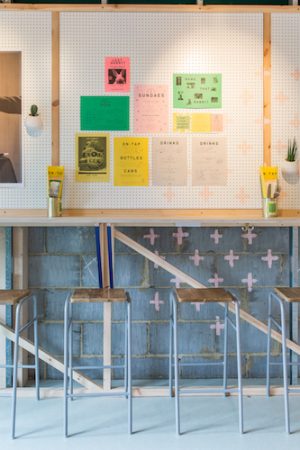 Four Hundred Rabbits is open from 11am each day, with pizzas served from midday and last orders taken around 9:30pm.