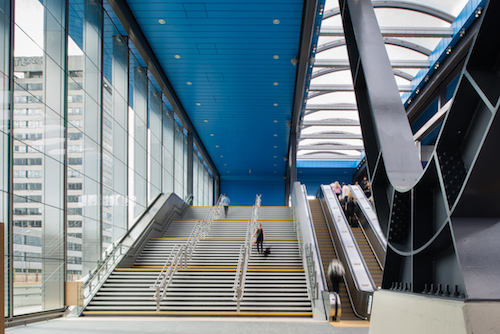 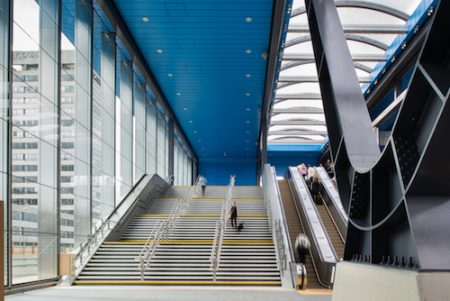 Network Rail owns, manages and develops Britain’s railway – the 20,000 miles of track, 40,000 bridges and viaducts, and the thousands of signals, level crossings and stations (the largest of which Network Rail also run).

In partnership with train operators, Network Rail help people take more than 1.6bn journeys by rail every year – double the number of 1996 – and move hundreds of millions of tonnes of freight, saving almost 8 million lorry journeys.

Every day four million people travel by train – twice as many as in 2004.

Network Rail has invested in modernisation and smarter working methods, which has resulted in more frequent and reliable services for passengers, and brighter and better stations. 400,000 more passenger trains run each year than in 2009, while the amount of freight transported by rail in Britain has grown by 13 per cent. 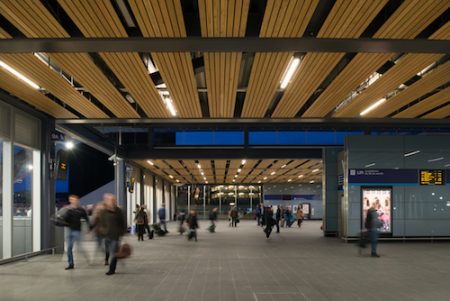 Yet demand for passenger and freight services keeps on growing, and parts of the rail network are already close to capacity. This is why Network Rail is creating a bigger, better and even safer railway for Britain, through significant further investment in infrastructure and better working methods.

Network Rail’s vision is ‘a better railway for a better Britain’ which it says means “delivering a railway that is safer, more reliable and more efficient than ever before, and that will help to build a thriving, sustainable economy.

“Britain’s railway does more than transport passengers and goods. It brings people and businesses closer together, which creates new jobs, opens up new markets and stimulates economic growth. So we must aim to provide the best possible service to everyone who relies on the railway – passengers, the train operating companies and businesses nation-wide.”

To this end, Network Rail is currently investing £38bn in the railway to deliver more frequent, more reliable, safer services and brighter and better stations by 2019. 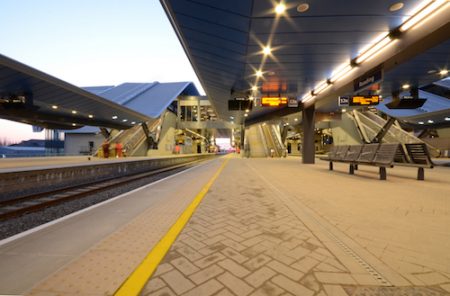 It is anticipated that the demand for rail services will grow by more than 30 per cent over the next decade. Much of this will be driven by the continuation of economic and social trends that have fuelled rail growth over the last decade, including population and employment growth and increasing road congestion.

Recent and planned rail investments – better stations, new trains and services, faster and more punctual journeys, and improved connectivity – will encourage even more passengers to travel by rail. This growth is welcome as the extra revenue will help reduce the amount of subsidy needed by the rail industry, although further growth will also add to the industry’s capacity challenge.

As a result of investments Network Rail is making, by 2019 the country’s rail network will be delivering 225m more passenger journeys each year. More trains per day will run between northern cities and 170,000 extra seats will be available on trains going into large cities nationwide.

According to Network Rail:

“This is the largest programme of sustained investment in the railway that Britain has ever seen. It involves a wide range of improvements, from lengthening platforms and redesigning track layouts to introducing electrification and building world-class stations. We are also exploring and defining ways in which we can harness the power of digital technology to help increase the network’s capacity in the longer-term future.” 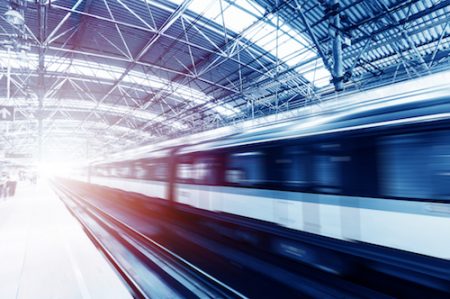 Network Rail is delivering ongoing improvements year on year. This year’s major projects include the Birmingham New Street redevelopment, the Reading Station redevelopment to remove a rail bottleneck and increase capacity; and the completion of 30 miles of new railway and seven new stations between the Scottish Borders and Edinburgh, connecting to the existing rail network at Newcraighall.

Major investments in 2016 include: the Edinburgh Waverley Glasgow Queen Street electrification infrastructure works; the Great Western electrification which will electrify the lines from Paddington to Bristol and on the branch lines to Oxford and Newbury; The Ordsall Chord project in Manchester; the Liverpool Lime Street resignalling scheme, increasing capacity to the city, and improvements in Cardiff and South Wales, including large scale resignalling, providing potential for hundreds of extra rush-hour seats each day.

Network Rail has focused on four key benefits and every project delivers at least one of them.

The largest Network Rail scheme in the UK, the redevelopment of the Reading station area scheme was awarded the title of ‘Project of the Year’ at the 2015 National Rail Awards.

The redevelopment of the station and its surrounding area enables passengers to benefit from faster, smoother journeys into and through Reading station.

The National Rail Awards ceremony, which was held at The Grosvenor Hotel in London, recognises the highest levels of excellence in the rail industry, with the ultimate accolade being the ‘Project of the Year’ award.

The Reading Station project included the construction of five new platforms, a new track layout, new retail facilities and a new footbridge three times the size of the original, with escalators and lifts providing step-free access to all platforms.

A new viaduct to the west of Reading was also constructed to take the fast mainlines over freight and relief lines. This will enable the railway to cope as demand for train services increases.

Other works included the widening of both rail bridges over Cow Lane to reduce congestion and allow double-decker buses to pass through. A new cycle way and pavement was also constructed.

The judges praised the effectiveness of the programme management, commenting, “Overall, this has been a very impressive project, completed under budget and a year earlier than originally planned.” They also added, “Collaborative working and careful planning were seen as key factors in this achievement.”

“Reading Station and the surrounding area was one of the worst bottlenecks on the British railway network and has now been completely transformed through this programme of works,” said Robbie Burns, Network Rail’s regional director for infrastructure projects, Western and Wales.

“Despite the difficult nature of this project, with work taking place on an operational railway and design changes along the way, the fact that this programme has been delivered ahead of schedule and under budget is a real achievement.

“We were delighted to receive this award on behalf of everyone who worked on the programme and the passengers and neighbours who stuck with us throughout the seven years it took to complete the entire project.”

Robbie Burns concluded: “With demand for journeys into London from the West set to double within 30 years, our separation of passenger and freight lines at Reading and the creation of new lines as a result of the viaduct will play a significant role in helping us to meet this challenge.”