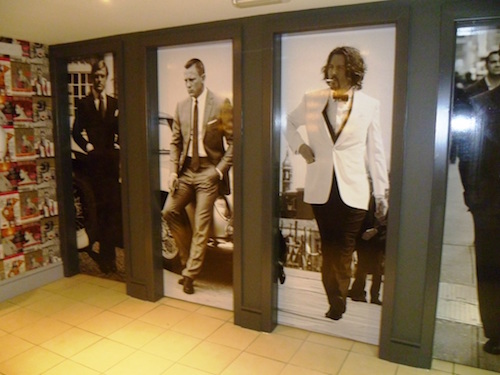 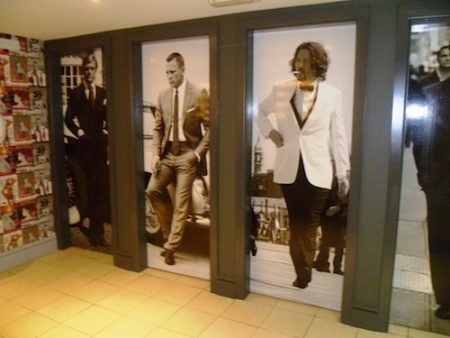 The impressively transformed John Gilbert in Worsley is reported to be doing well after re-opening its doors in June, following a brief closure for an extensive redevelopment in which the contractors were said to have done ‘a great job’.

A significant investment saw a fast-track complete makeover of the family-friendly Greene King pub on Worsley Brow, with a brand new layout and design concept.

“The aim of the project was to re-generate the pub, which has become a little bit ‘tired’ and to make it one of Green King’s premium brand pubs,” said Kate Bradbury of ADS Design, who carry out many projects within the hospitality sector and have undertaken previous projects for Greene King. 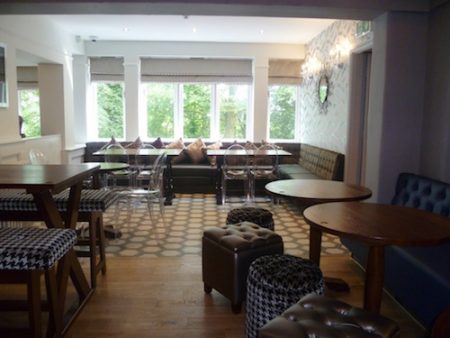 “We retained the original layout internally but stripped almost everything out. The pub’s ‘L’ shaped bar was retained in its original position and a new back bar fitting was installed. This included a series of LED illuminated wine boxing.

“A metal gantry with tiling behind and a coffee station has also been installed at the entrance to the main area.”

The main internal area had previously been divided into four sections which were dictated by the ceilings, which featured sections of exposed timber. These were painted in a darker colour to camouflage them, and ‘squirrel’ pendant lighting was installed to provide a pleasant quality of light.

“In order to retain the division of the original four sections, we installed several types of feature fixed seating including curved back booths, railway booths and dining height seating arranged around one of the internal columns. Fret-cut screens were also used to divide the interior space,” said Kath Bradbury. 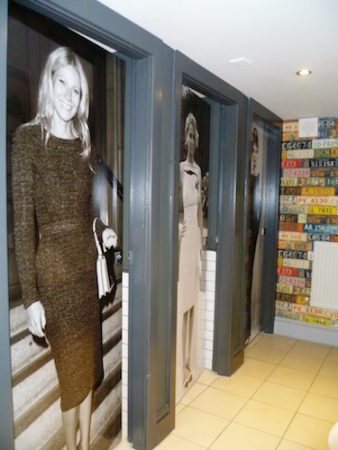 Glazed screens were installed around an existing raised dining area to the right of the bar near the entrance, to create a private dining room.

New wall finishes are varied, with some walls being painted in different shades of grey, whilst others feature a variety of wallpapers, including one with a butterfly pattern and another with a holographic motif, giving a three-dimensional effect.

Flooring is a mixture of carpeting and timber, as well as three-coloured hexagonal floor tiles along the bar walk, and printed tiles in a seating area.

“A highlight of the new design is the new toilets in the basement, which we stripped out and re-designed to create a funky’ interior – including pictures of actors on the toilet door fronts and a humorous ‘strap line’ on the inside of each door. 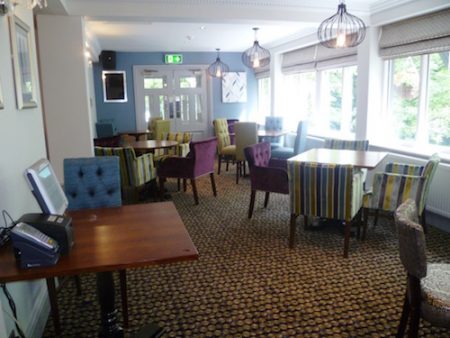 Vogue wallpaper was used in the ladies toilet, with American car number plate motif wallpaper in the gents, and theatre dressing room style bulb lighting around the mirrors. This was very different from what was there before, which was basically a cream tiled box,” said Kath Bradbury.

External works included the addition of new garden furniture, new planting and the re-painting of the pub exterior in a lighter colour to create a more welcoming appearance.

The pub was closed during the works, which took approximately one month.

“The main contractors did a great job, the client was very pleased with the scheme and the pub has been doing good trade since the project too,” said Kate Bradbury. 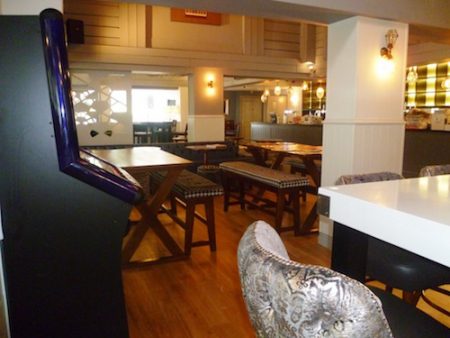 The menu has also had an overhaul, with favourites such as hunters chicken and fish and chips being joined by ‘monkey fingers’, homemade scotch eggs, and a rare sirloin of beef topped with beef dripping gravy.

Andy Wilson, operations director for Greene King’s locals pubs in the North, said: “There have been some huge changes made to the John Gilbert but ones I am sure the local people of Worsley will thoroughly endorse.”