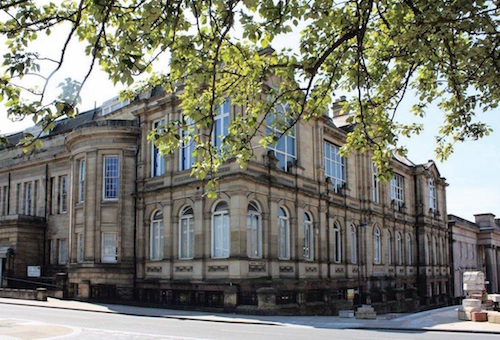 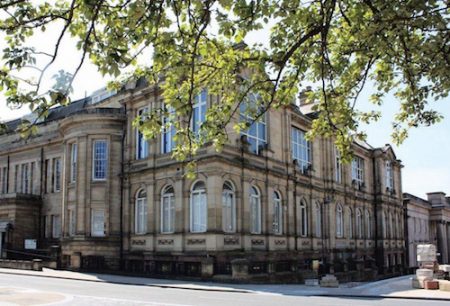 The Liverpool Institute for Performing Arts main building, also on Hope Street, opened in 1996 to enable a fresh approach to performing arts training. It was co-founded by Lead Patron Sir Paul McCartney and Mark Featherstone-Witty RNOM OBE (LIPA’s Principal), and is housed in Paul McCartney’s old school, which underwent a multi-million pound renovation to transform it into a modern performing arts higher education institution.

The building at 68 Hope Street will provide a second venue for LIPA and was previously the College of Art and Design. This building will include wide-ranging new facilities on four levels, including a 120-capacity studio-style theatre performance space; a 200 capacity lecture theatre; costume making spaces and storage; a dedicated lighting studio; four dance studios, including two with rafter-high ceilings for teaching aerial dance, and spaces for workshops, seminars and design and technology classes, including prop making and model box making.

There will also be an exhibition space in the building in a new atrium that will also display work created by theatre and performance design and technology students.

Main Contractors for the project are Nobles Construction; Architects are Brock Carmichael.

The building is arranged around three sides of a quadrangle.The works include creating a full height atrium by removing a floor in a central section, to flood the interior with natural light. A striking palette of bright primary colours has been chosen for the interior design, inspired by the work of artist Andre Derain.

“Rather luckily for us, because the building was an art school previously, there was a great deal of internal natural light already – the windows are huge and there are a lot of rooflights – which, together with the new atrium and the colour scheme, will create a light, bright interior, which is what we are aiming at,” said Mark Featherstone-Witty.

The building had previously been divided into small internal areas and these are being opened up to create the large internal spaces needed for new facilities such as the theatre and dance studios.

Mark Featherstone-Witty added: “Again luckily, the top floors have beautiful exposed iron girders and these are ideal for aerial work (where performers are lowered on silks from the ceiling).

“Major elements of the scheme include the refurbishment of all the building’s windows including installing new window frames; the replacement of the roof, which was also extended in one area in order to accommodate the studio theatre; the installation of new building services including re-wiring, and the installation of new plumbing and heating, as well as the installation of changing facilities and showers for performers. The only original feature which we have retained within the building is a lecture theatre. Yoko Ono has given us permission to name it after John Lennon. Although we don’t do many lectures, it is nice to retain one element of the original building.

“We are in a competitive environment in terms of attracting students, for example one third of our students come from overseas and can choose anywhere in the world to study – so we have to have world-class facilities and this is what we are aiming to achieve.

“We are really looking forward to moving in at the end of October – it’s going to be heaven,” he  added.