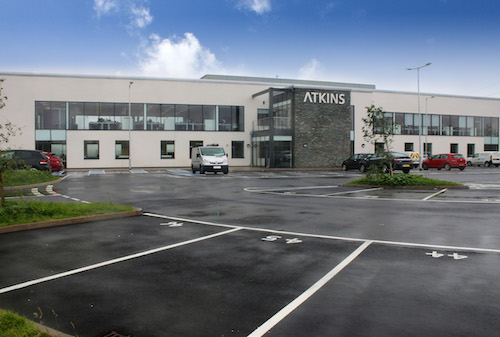 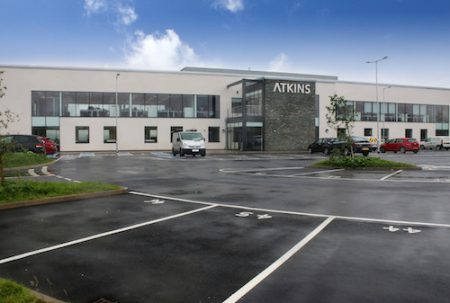 Providing a high quality working environment, Westlakes Science & Technology Park is situated on the fringe of the Lake District National Park in Cumbria.

The science and technology park is in place predominantly for the nuclear industry, in an ideal setting in close proximity to the nuclear facility just down the coast. The new build construction project began in June 2014, having been completed in May this year and opened to the tenants.

“Robertson Construction North West acted as main contractor on the development, which totalled to roughly a value of £3.4 million.

“Westlakes is an existing business park so the landscaping that we carried out was minimal – mainly large car park areas and bits of soft landscaping to the perimeters really.”

The new build two storey office unit project involved the use of major materials including a steel construction portal frame with lots of stylish and cost effective curtain walling, blockwork, brickwork and rendering; with open areas to both West and East wings with a central Toilet/Kitchen core. 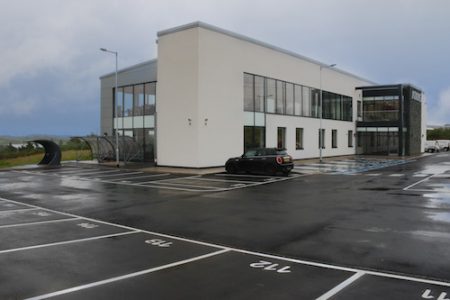 The University of Central Lancashire (UCLan) has a campus on the Science Park, delivering a range of courses at undergraduate, postgraduate and continuing professional development levels in nuclear science and technology, business leadership and management, governance, policy and decision making for allied health professionals.

Similarly, The University of Manchester’s Dalton Cumbrian Facility provides West Cumbria with a scientific research base that is unique in the UK and Europe. At the heart of the facility is an extensive irradiation capability, including a 5MV ion-beam accelerator and a self shielded Cobalt irradiator.

Being situated in Cumbria by the Lake District also has its advantages, delivering breathtaking views of the lakes and surrounding countryside. The existing Park landscape is also made up of beautiful woodland and ponds that have attracted numerous varieties of wildlife, including different species of deer and foxes and smaller wildlife including birds, rabbits and hedgehogs.

“It was a pleasure travelling up through the fringes of the Lake District every day rather than the South bound M61 and a learning curve working with a different set of Subcontractors . It was a pleasure to be working in rural Cumbria.”