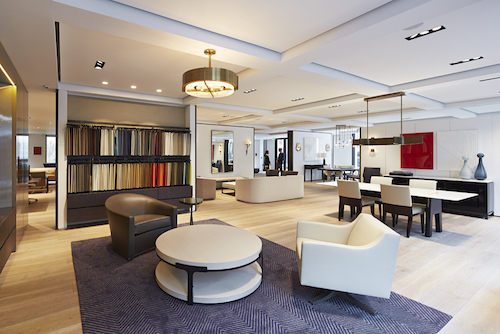 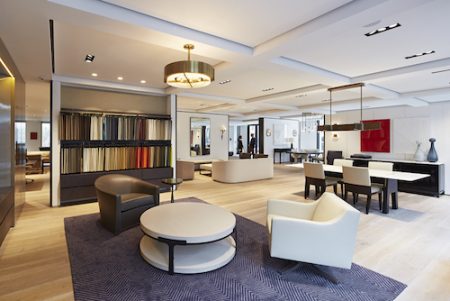 Holly Hunt’s first European showroom has been introduced to London, as the end result of a three-year hunt for the ideal setting to house one of America’s most iconic interior brands.

WHEELERKANIK’s design team collaborated closely with Holly Hunt to transform the space on the corner of Dover Street into a chic, residence-style showroom presenting the luxurious range of furniture and home products.

“Our involvement with the project came about because of the relationship between Gary Wheeler and Holly Hunt herself – they have known each other for many years. The Holly Hunt team wanted a showroom in London to further open up their market in Europe, so they were searching for the ideal place for around three years and we were helping to find the site. 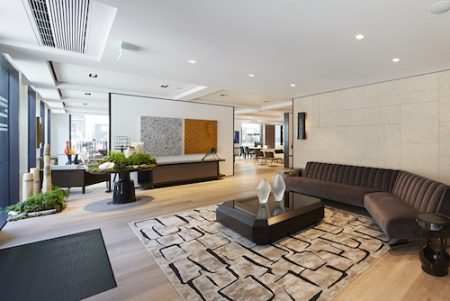 “There were a number of things that affected the search for the ideal site: the market, the size of the site and also the location. We ultimately compromised on the size for the location, even though the Holly Hunt showrooms in the United States are generally ten times the size of this one – we settled for a 3500² ft space, which was quite a challenge for such a large collection.”

A number of techniques were employed by the design team in order to enlarge the sense of space, including visual height maximisation by encasing mechanical engineering elements above coffered ceilings, mounting FCU’s vertically within partitions and employing the notion of conceal and reveal.

The steel beams were clad as tightly as possible and interior structures were pulled away from the façade and ceilings, partitions stop short of the coffered ceiling allowing it to flow contiguously through the space to provide a greater sense of volume. 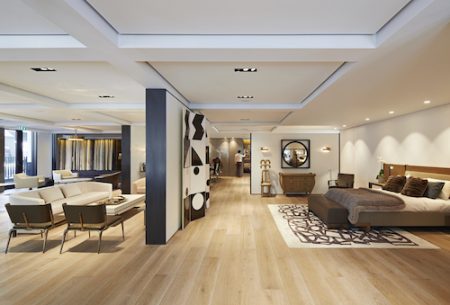 “The refurbishment project is now complete; however alterations and further developments are still being implemented by the team with items being added to the fabric and leather ranges. The collections are continually growing and this is reflected in the nature of the showroom – WHEELERKANIK designed it in a way so scenes can easily be moved around and altered.”

The showroom itself is divided into vignettes that are revealed as customers walk through, showcasing the various collections. This approach facilitated the creation of living rooms, dining rooms, bedrooms, executive offices, and a kitchen within a distilled residential environment evoking elegance and warmth. 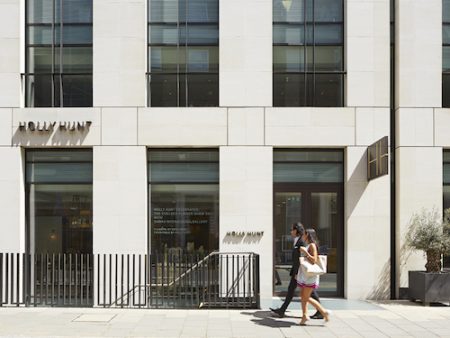 Such is the success of the project that it has recently been announced as a finalist within the retail category of the IBID International Design Awards.