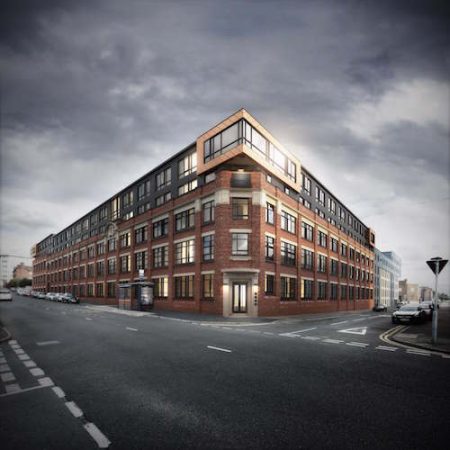 Colmore Tang Construction has started ground works on the £25 million redevelopment of the former Harrison Drape building on Bradford Street, Digbeth, after five months of demolition work on the site.

The former curtain track factory, which was purchased by developer Seven Capital last year, is being transformed into 313 luxury studio, one and two-bedroom apartments, with the building retaining its original 19th-century facade and the construction of three new buildings to complete the development, which will be known as Fabrick Square.

“This project forms a huge part of the regeneration of Digbeth and it is fantastic to be able to get the spades in the ground and begin working on the site. The factory holds a huge amount of history and significance in the area and we will be preserving as many of its original features as we can, including the building’s iconic facade.”

Colmore Tang Construction has created 200 jobs and employed over 30 sub-contractors to complete the development, with work on the site expected to be complete by November 2017.