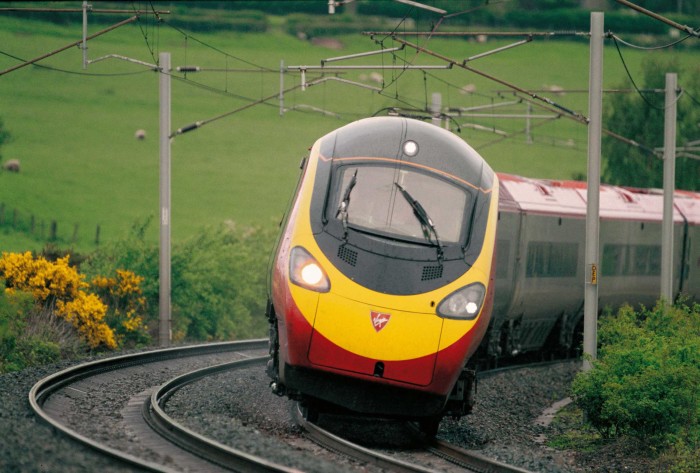 Virgin Trains marked the reopening of the West Coast Mainline and return of its direct services to and from Scotland on Monday 22 February.

Station staff and on board teams at Carlisle, Edinburgh and Glasgow handed out ‘Back in Business’ cupcakes to customers to celebrate that normal services had resumed.

Monday was the first day that the train operator had been able to run direct services to and from Glasgow and Edinburgh along the West Coast Mainline, since the line was closed north of Carlisle, following damage to Lamington viaduct caused by Storm Frank in December.

The full timetable of direct services offers an hourly service between London Euston and Glasgow and six services each weekday from London Euston to Edinburgh.

Anna Doran, General Manager at Virgin Trains commented: “We’re delighted to be back in business sooner than anticipated, as Network Rail completed the works to Lamington viaduct ahead of schedule. Monday was very much about telling our customers we’re back in full swing. It has been great to see our Pendolinos at Glasgow and Edinburgh – again and to welcome passengers onboard. We would like to thank our customers for their continued patience and support over the last few weeks and we look forward to them travelling with us soon.”

The first Virgin Trains service to cross Lamington viaduct was the 5.40am from Glasgow to London Euston.