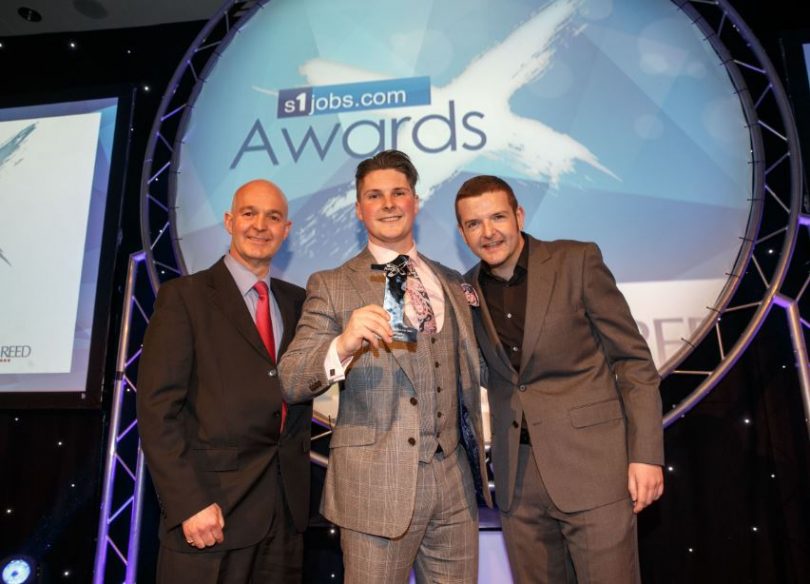 Chris Peace, Managing Director, Peace Recruitment said: “One year ago we set ourselves a goal of winning the Small Recruitment Consultancy award and through the hard work and dedication of the team we have achieved this against stiff competition.  We are also delighted that Matthew’s talents have been recognised as he has done a superb job in developing the architecture side of our business.”

He added: “What makes these awards extra special is the fact that they are voted on by clients and candidates themselves and we are very grateful they took the time to put us forward. Never could I have imaged when working out of my spare bedroom 7 years ago that we would be collecting these awards against such well established and recognisable organisations in the industry. We have come a long way as a team and I could not be prouder of this achievement.”

Peace received the award from comedian Kevin Bridges at an awards ceremony at the Crowne Plaza Glasgow on 24 March attended by the cream of Scotland’s recruitment community.

Since its creation in 2009, Peace has transformed itself from a ‘one-man-band’ into a multi-million-pound company. It now has a team of 14 specialist consultants each with an in-depth knowledge of their target markets. Peace prides itself on being different from its competitors, and prioritises service before sales. Its success has been built on providing specialist expert advice, combined with exceptional customer service.