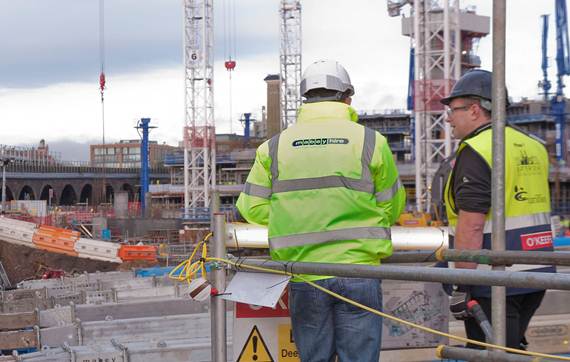 Groundworks specialist Mabey Hire has announced the formation of a London-based site crew to support the work of its Contracts team and existing crews in light of an increasing amount of work being secured in the South. The new team will be delivering full temporary works planning, installation and removal for customers.

Peter Aramayo, Projects Director, explained the company’s reasoning behind the creation of a London-based site crew.

He said: “Currently, jobs in the south are carried out by Northern site crews, taking them away from home for extended periods. The only other alternative is to use sub-contractors, but increasingly our customers are requesting that their suppliers must use their own employees. By setting up a permanent site crew in London, we’ll be able to provide a completely seamless service from North to South, and we will be able to further reduce our response times to emergency works.”

The new team of three steel erectors and a supervisor will support rather than replace the existing crews. They will be based out of the Iver facility and report to Sean Poulter, Installation Manager – South. The aim is to have the full team up and running this Summer.

“We will bring the team up to our facility at Garswood, St Helens, for their induction,” concluded Aramayo. “We pre-assemble a lot of our kit in the yard at Garswood so they will be involved in that part of the process, and we will put them with existing crews to get them up to speed with our way of working.”