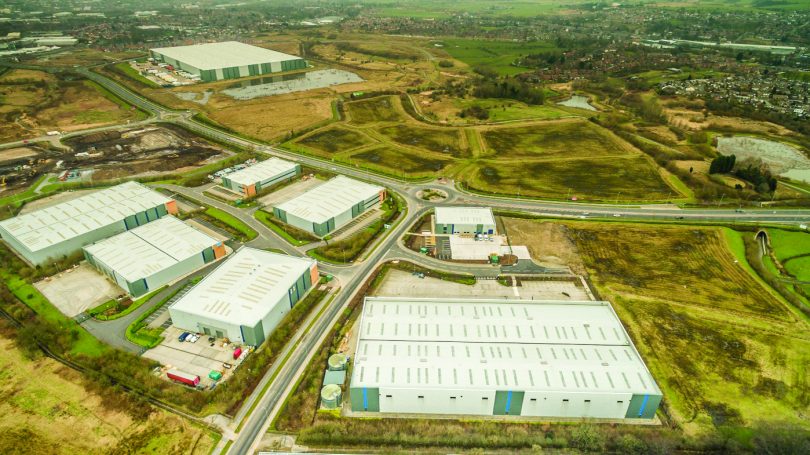 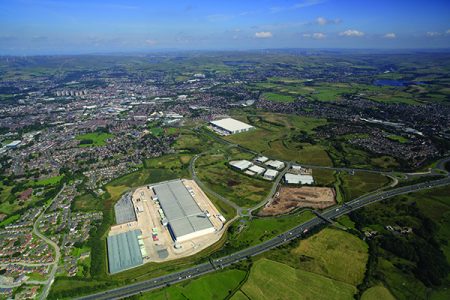 With two new plots on the Kingsway Business Park – one recently completed and the other due for completion at the end of the year – the landmark development project has increased in popularity.

The business park – a partnership between Wilson Bowden Developments Ltd, the Home and Communities Agency (HCA), Rochdale Development Agency and Rochdale Council – opened in 2007 with the first five units. Since then it has grown to house ten buildings with multiple businesses ranging from ASDA to JD Sport to Source Bioscience.

“We had originally gotten planning permission in 1999,” said Damian Cooke, Director of Operations for Rochdale Development Agency. With various legal challenges and the 2008 recession, it was only recently that the two newest plots were able to be developed.

The completed plot, Plot H or Kingsway 216, is a 216,000ft2 warehouse funded by Standard Life Investments UK Property Fund, consisting of about 12.5% recycled materials. Using construction materials of the highest U-values and no ozone depletion or global warming potential, the main contractor Bowmer & Kirkland were clearly aware of the environmental impact this project could have on the local area. This building incorporates first floor offices and has a 15m height to the underside of the haunch on a site of 10.86 acres. It is located at the top of the Kingsway Business Park giving immediate access to Junction 21 of the M62.

Started in February/March and due for completion in December, Plot K, is the second of the new plots and will house four separate units of differing sizes ranging from 35,000ft2 to 75,000ft2. With 98% of waste recycled and diverted from landfills, Bowmer & Kirkland continue to be aware of this projects environmental impact. Funded by external sources, this development is on target for completion despite the heavy rain that delayed Kingsway 216 by a few weeks.

“The total investment across those two plots is about £36 million,” said Damian. Both plots have driven increased interest into the business park and have proved to be very popular with prospective occupiers.

The Kingsway Business Park has 1.7m sq ft of development already on site. “In terms of land, about 40% of the site is developed and by the end of development we could have around 100 businesses,” said Damian.

“We are predicting about 7,000 jobs in total when complete. We already have around 2,000 members of staff working here at the moment and about 70% of those are from the borough of Rochdale.”

With such a large site and so many employees, a Kingsway link bus service was implemented which operates 7 days a week from 5am-11pm. “You can book it through the website and it will pick you up from your house and drop you off at work, and vice versa,” explained Damian.

“We also paid to have a stop on the Metrolink line. So we have got our own Kingsway Metrolink stop.”

The importance of the development project not lost on those involved. “Back in the old days of the North West Development Agency, they had a list of regional strategic sites in the North West,” said Damian. “Kingsway was one of the largest, so it does have that regional significance. But, particularly for Rochdale, it is our biggest business park development. Up to now, we have spent over £200 million on this site.

“For us the business park is a landmark site. It is right on the edge of the motor way so it has great connectivity. We have spent a lot of money on the quality of the environment and the landscaping, and have within the business park around 70 acres of green space including three attenuation ponds, which takes some of the surface water from the development and attenuates it into an existing brook. There is a park on there as well, so we have this really nice area on-site for people to use. There are places for people who live nearby to use and we get a lot of compliments from local people who use it to walk their dog. It has that community benefit as well as the access to jobs.”

The newest plots built on the Kingsway Business Park are now part of 420 acres of one of the largest developments in the UK.