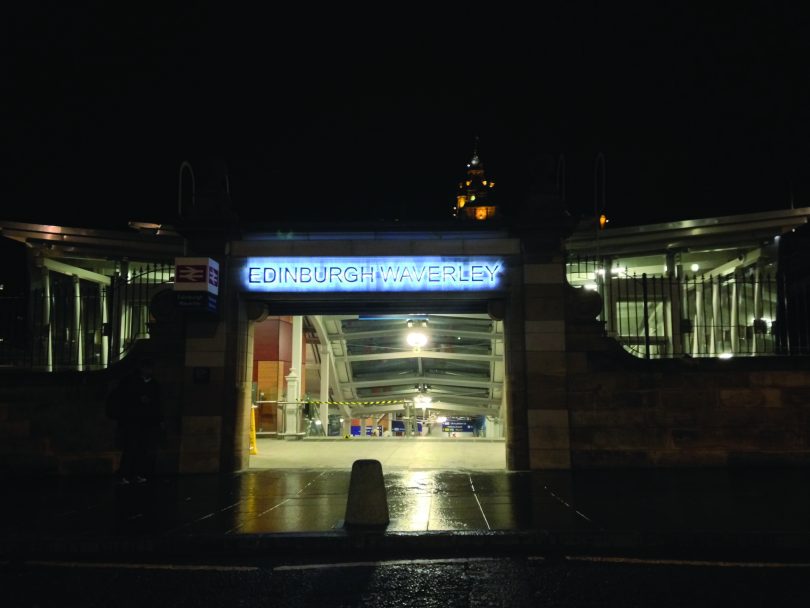 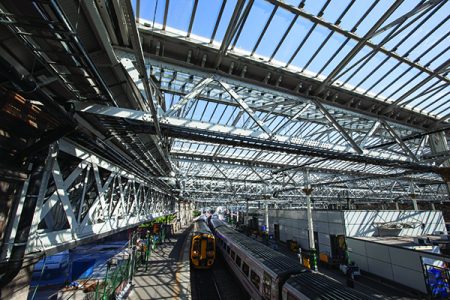 The Edinburgh Gateway Station is part of the Edinburgh Glasgow Improvement scheme, more commonly known as EGIP. The project will result in more sustainable, cleaner, quieter and energy efficient trains that are more environmentally friendly. Transport Scotland – EGIP’s funder and specifier – said that rail is the lowest carbon mode of mass transport and therefore is an essential part of a future low carbon economy.

The Edinburgh Glasgow Improvement Programme is a comprehensive package of improvements to Scotland’s railway infrastructure. The £742 million scheme is a Scottish Government priority and is being delivered by Network Rail in a bid to modernise and upgrade key junctions and infrastructure, as well as widespread electrification of the Scottish rail network, including the main line between Edinburgh and Glasgow.

Key elements of the project include widespread line electrification, Queen Street station redevelopment, platform lengthening in various locations, as well as Edinburgh Waverley station improvements. Other aspects of the project include general signalling improvements, junction upgrades, a new electric Millerhill Depot, the redevelopment of Haymarket station and the creation of the new Edinburgh Gateway station.

The £41 million Edinburgh Gateway Station will comprise two 265m platforms capable of handling 10 car trains, 1500m2 of concourse and circulation space, a station building along with a footbridge that links the platforms and connects to the tram stop via lifts and escalators. Delivered by Balfour Beatty and Lakesmere, the station is being constructed to enable an efficient interchange with the Edinburgh Tram project which will provide further travel to the Edinburgh Airport.

The mainframe of the rail and tram facilities, as well as the footbridge, has been installed and work on this area of the project continues.

Within the station there will be numerous stainless steel and glass barriers and balustrades, designed and manufactured by Annadale Design, which will be found on all circulation stairs along with the public areas of the site.

The new station sits next to the Gogar roundabout on the A8 and will have a link to the Gyle Centre. It will also offer an interchange with the tram network that will allow passengers to travel to the Edinburgh Airport terminal building by tram, making it easier and more accessible.

Externally to the station development, there will be a pedestrian underpass that will be below the A8 with associated car parking and highway changes to allow access to the station. Associated landscaping works will also be undertaken at the station in order to create a seamless link between all elements of the development. With engineers having worked on the site from January last year, it is on track for completion by December of this year.

Funded by Transport Scotland and delivered by Network Rail, the vast scheme will provide significant economic, social and environmental benefits for Scotland including the delivery of a faster, longer and more reliable train service, providing a railway capable of meeting passenger needs now and in the future.

Upon completion, the project will see the laying of 150km of single track new electrified railway, the creation of one new station and a new electric depot, as well as numerous station renovations and platform extensions.

With works continuing on all of EGIP’s schemes apace, Transport Scotland is managing to undertake a vast overhaul of the Scottish rail system in a timely and efficient manner. 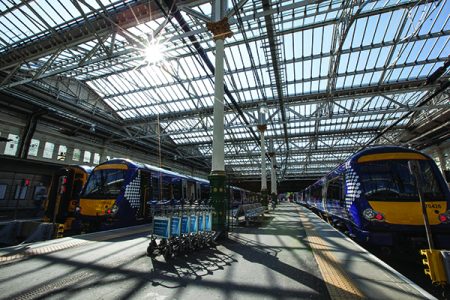 ACS has project managed many of the largest asbestos contaminated land remediation projects in Europe and work alongside many of the UK’s biggest construction and property management companies. Most recently ACS has been involved in the Edinburgh Gateway project.

Initially undertaking an asbestos contaminated land investigation at Edinburgh Gateway, a full remediation programme was subsequently developed to meet the needs of the construction project whilst complying with all relevant legislation and saving some significant expenditure on hazardous waste disposal costs. ACS also project managed the entire remediation phase, monitored and tested all works and negotiated the waste disposal contracts.

“Asbestos contaminated land projects include a complex mixture of asbestos, safety, environmental and waste legislation and proper interpretation of the legislation, as well as the REAL risks involved, can ensure total legal compliance at a realistic cost.”

“At ACS we pride ourselves on providing clients with total peace of mind in relation to the physical risks faced by their operations.”