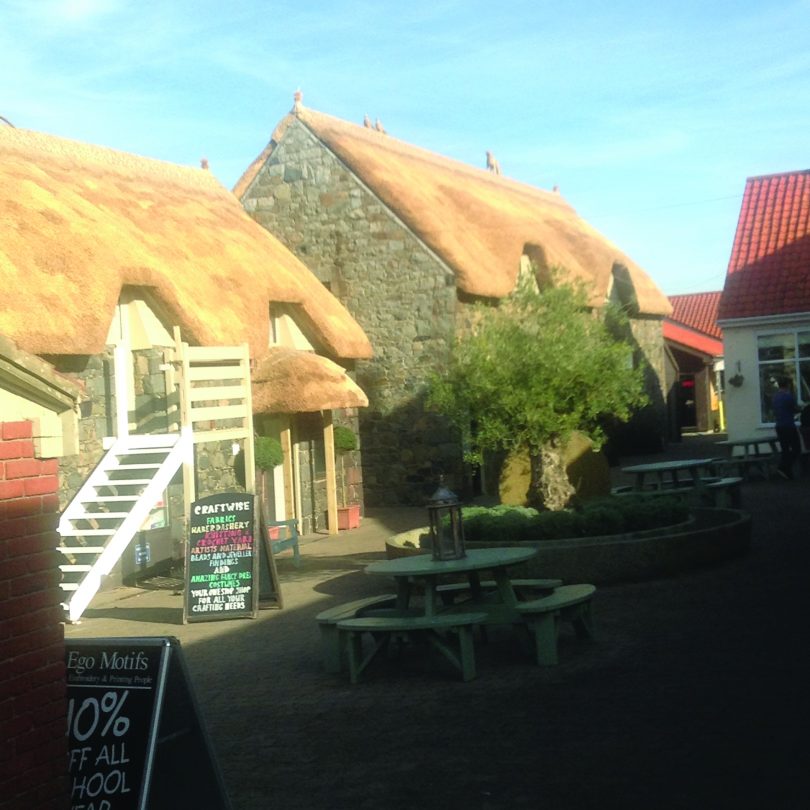 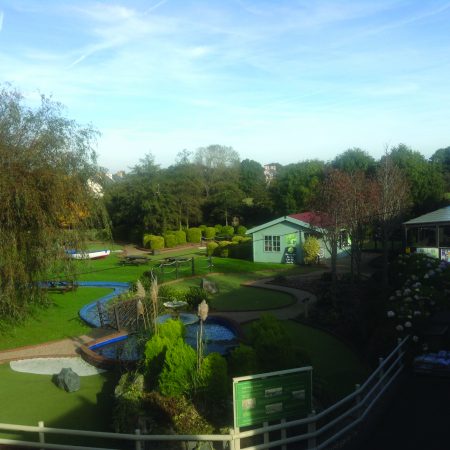 Being comprehensively refurbished, restored and significantly expanded to re-establish itself as the ‘island gem’ of Guernsey and a top tourist destination, Oatlands Village is a star attraction for the whole family.

Oatlands Village offers a wealth of history and a variety of shops, activities, and flavours (from the village restaurant to the chocolatier).

The venue is now under new ownership, after being bought by Chris Coles of FB Limited and by investment company Ravenscroft in a joint venture with Bailiwick Investments Limited.

The new owners are undertaking the present comprehensive update, with the attractions being open as usual throughout the works.

Oatlands Village is home to a variety of unique attractions, including historic brick kilns (featuring the amazing two islands of Guernsey story), thatched barns, craft and embroidery shops, a jewellers, an aquarium and pet shop, a mini-golf course, trampolines, children’s go-karts a play barn and much more.

Ultimately the project will also involve the addition of a further 20,000 sq ft of new buildings on the site.

Tim Guilbert of Guernsey based development and property consulting company Consult & Build Limited, who is the contracts manager for the project, said:

“Under the previous owners, Oatlands had become considerably run down, and is now being comprehensively rejuvenated and restored to become once again probably the best attraction in Guernsey.”

The project is being carried out in two phases, with Phase One currently underway and involving a diverse range of works including the re-thatching of two of the sites major buildings. Other works include the re-fitting of the new restaurant including the installation of new toilets and remedial works to the premises of Ego Motifs, who provide bespoke embroidery and printing services. The works include the upgrade of the entrance and exit doors and storage areas. 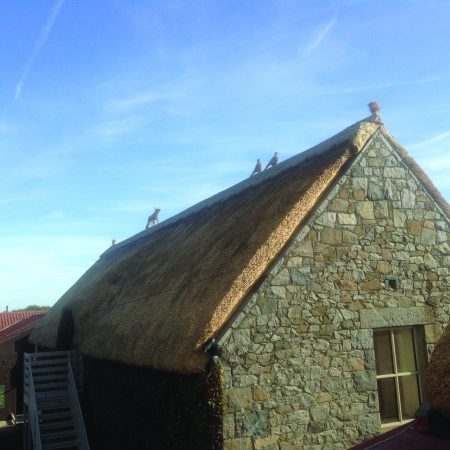 The main site toilets within the central courtyard are also being upgraded and a large amount of new signage is being installed, together with the general improvement and tidying of all areas of the attraction.

Stylish external gates are being installed, together with automated main gates at the entrance to the site.

Phase Two is a major development comprising the construction of over 20,000 sq ft of additional buildings. These will include a brand new play area, a museum and a barn housing the famous ‘Joey the little yellow plane’, a character well known to children on the island and previously owned by Aurigny, the Channel Islands’ local airline.

Mark Darby, the CEO of Aurigny says: “Aurigny is delighted to have Joey on display at Oatlands Village. We were approached by the attraction’s new owner, Chris Coles with his vision for the redeveloped site. His enthusiasm for displaying Joey was infectious and we knew immediately that it was the perfect home for our aircraft. Islanders who love our Trislander will be able to visit whenever they want and the proposal to store Joey undercover is important, because the aircraft must be protected from the elements.”

J Meerveld & Sons Ltd is involved with the building works to the restaurant and apartments.

Tim Guilbert said: “Phase Two is currently in the planning stage and we expect to start on this phase early in the new year and to be in the ground in January/February, with completion and opening in October 2017.

“I am delighted to be involved in this project working on what I believe to be the most central and important tourist attraction in Guernsey. It really will offer a true family day out – all under cover. I am really excited to be involved in putting Oatlands Village back on the map and think that people will be really pleased with the finished project.”