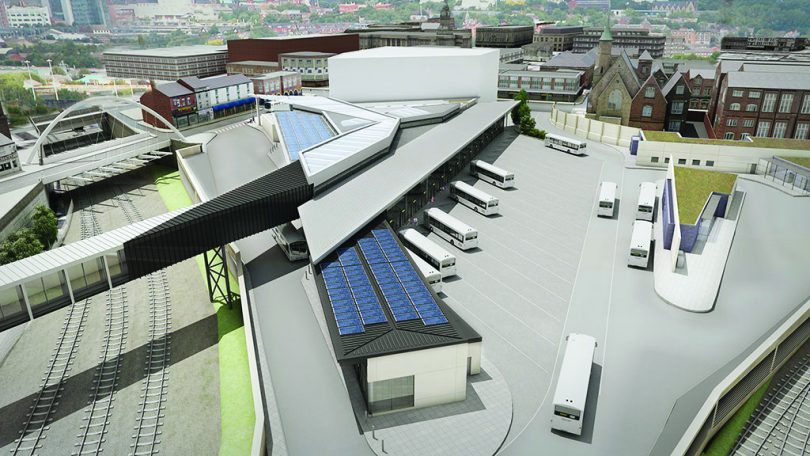 Drainage engineers from Lanes Group have been doing some drain spotting (not train spotting), at Bolton Railway Station to help prepare for a £1 billion electrification of rail services.

The comprehensive line and level survey across all platforms at the station in Station Street, Bolton, was carried out over five nights.

A two-person CCTV drainage survey team from the Lanes Manchester depot in Eccles completed the project on behalf of civil engineers Buckingham Group.

“The Lanes team did a very good job for us. We needed to know the connectivity and the depth of drainage across all platforms at Bolton Station as part of the electrification plans. This is because track and platform levels are related to the height of overhead electricity gantries, which in turn influences both track and station drainage.”

As well as being affected by the electrification work, Bolton Station is currently undergoing a £48 million upgrade of its own. The money is being spent on creating a new transport hub, the Bolton Interchange, integrating train, bus and coach services in the town.

The work will see the reopening of a fifth platform at the railway station, which civic leaders believe will lead to a major improvement in rail services.

“We’re delighted to have been asked to work on a project that will contribute significantly to public transport improvements in Bolton. Wastewater drainage systems are unseen transport systems in their own right. It’s vital they are designed and maintained correctly so vital assets like railway stations run smoothly with no risk of flooding.”

A CCTV drainage engineer then remotely guided it through the drainage system, gathering HD quality video footage plus GPS data about the depth and position of the pipes and manholes.

The Manchester to Preston railway line through Bolton is currently being electrified. The Bolton to Wigan line will be electrified by 2017.

Bolton Interchange, funded by the Greater Manchester Transport Fund, is due to open before the end of 2016.

For more information about the Lanes Group, please visit: www.lanesfordrains.co.uk.