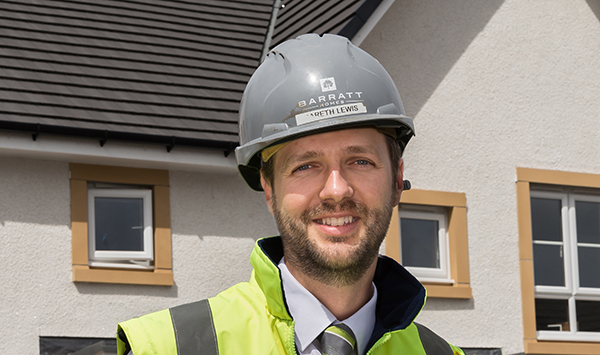 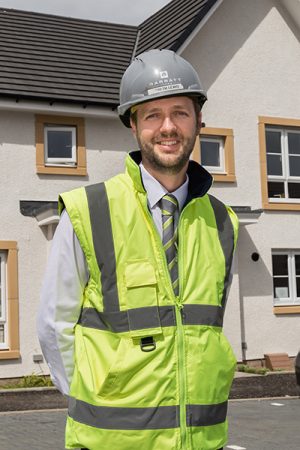 Bridge View – a stunning development in South Queensferry – comprises a strong collection of 112 modern, yet affordable homes. The development includes a mix of two-bedroom apartments, a three-bedroom terraced house and semi-detached homes and is being constructed by Barratt Homes East Scotland in partnership with Home Scotland and Hillcrest Housing Associations.

Bridge View is being constructed on what was previously a brown-field site – formerly home to an electronics lab. The development includes environmentally friendly facilities, including renewable energy Solar Photovoltaic (solar PV) systems which are being fitted into the properties with an interlocking tile design.

The solar PV panels are installed between the roof tiles, offering a seamless finish to the completed design. These facilities demonstrate Barratt Homes’ careful consideration to sustainability and the environment.

Work began on the Bridge View project in March 2015. The development continues to make good progress and is currently due to reach completion in March 2017.

In 2016, The National House-Building Council (NHBC) awarded Gareth Lewis – Site Manager at Barratt Homes East Scotland – a Pride in the Job Award for quality work and dedication to the Bridge View site.

Speaking at the time of the win, Gareth said: “It’s exciting and I’m very pleased to have received the award.”

When asked, why he believed Bridge View stood out as a worthy winner, Gareth said:

“I think that perhaps it was site organisation and consistently high standards of workmanship throughout.”

Gareth joins 11 other site managers within the Scottish region, to receive the prestigious award. Winners include Murray Grierson who picked up an award for Parklands, another Barratt and David Wilson Homes project.