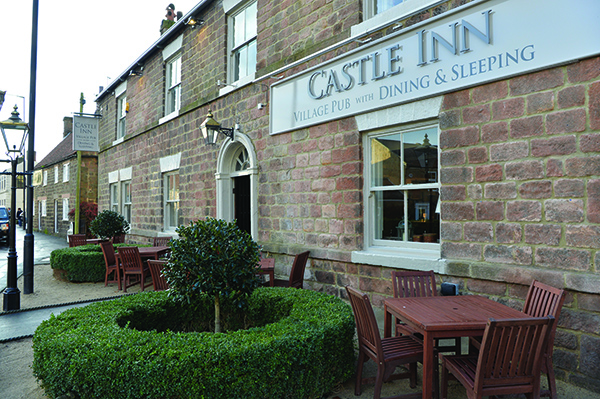 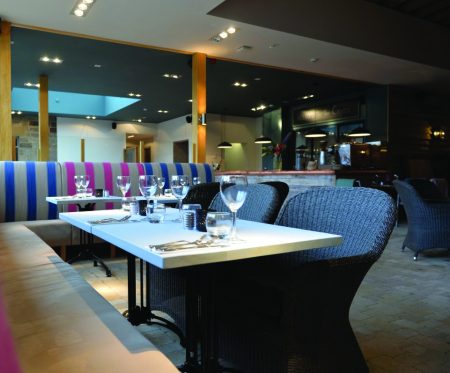 Beautifully transformed and refurbished with extensive new facilities, the Georgian-built Castle Inn at Spofforth has undergone a breathtaking renaissance and reported record-breaking takings on the very first day of trading.

The site is owned by Punch Taverns, who worked closely with the directors of Malvern Inns to complete the project. The joint project was made possible with significant investment from both Punch and Malvern Inns.

Alastair Scott, director of Malvern Inns said: “On the first day of trading after the project, the takings were higher than those of the pub’s most profitable week in the last 15 years.

“The project has been a success, the local population love it and Togel, the main contractors, did a very good job.”

The new lounge and wine and coffee bar was created within a new build element, constructed between the original pub building and a barn on the site, which was also renovated and transformed as part of the scheme.

Alastair Scott said: “Originally there was a gap between the pub and the barn and we constructed a new infill building within this gap to provide an area that feels completely different to the main pub.

“The interior space of the new building has a very light, bright interior due to the large amount of glazing used on the elevations, and also has glazed a retractable roof.

“The main entrance is now within this new building, within which we divided the interior into two spaces, one with an ‘outdoor’ feel using garden style furniture in teak and rattan, and we even included a tree bench. The internal walls are clad in oak feather edge boarding.”

Considerable structural works were involved in converting the barn into a private dining room, a larger function room for up to 30 guests and a new bedroom on the ground floor, with a further four new bedrooms on a new floor above.

The works included lowering the floor level, raising the roof and installing a new floor to accommodate the upstairs bedrooms, as well as underpinning the whole building and sand blasting the walls.

The private dining room is styled with a rustic look, with old horse feeding troughs being retained, the walls whitewashed, and a new cobbled floor being installed, together with a long dining table and seating.

All of the bedrooms on the upper floor are named after castles and include Skipton – with exposed stone walls and a ‘Dales’ theme, including a four poster bed with silver birch trees at each corner; York – inspired by the city’s sweet manufacturing history with companies such as Rowntree and Fry’s and featuring bright colours reminiscent of sweets – as well as a four poster bed styled to look like stacked tubes of smarties! 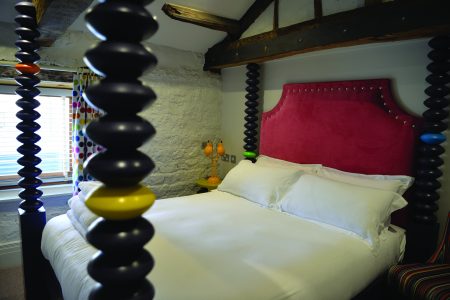 Leeds, another bedroom, has a calm tranquil feel, reflecting the moat around Leeds Castle, whilst Bamburgh is designed on a seaside theme and even includes a seaside deckchair.

The ground floor bedroom, named Alnwick, is themed around Harry Potter, as the first two Harry Potter films were made at Alnwick Castle.

Works to the main building included converting a former manager’s flat into eight bedrooms – four for guests and another four for staff. Three of the bedrooms are named after castles – Balmoral, Edinburgh and Warwick, with the fourth bedroom being named Spofforth after the Castle Inn’s location.

The remainder of the works included a low-level but sympathetic refurbishment of the original pub, geared to upgrading the interior whilst retaining many original features. This included renovation and general decoration, as well as the installation of new services and the addition of a new disabled toilet.

Michael Rawson, senior project manager at Togel Contractors said: “This was quite a complex project, but the works went well with a good end result.

“One challenging element of the scheme was the work required on the barn, which was built around 1870 and required underpinning due to its age and condition – as well as the fact an infestation of Common Furniture Beetle had to be treated. We also had to replace the original roof with a new slate roof with a stone ridge.

“Another element which required careful planning was the installation of the new 9 metre retractable roof on the new extension. This had to be lifted into place by crane and required precision work to ensure perfect alignment.

“Within the original pub building, we had to install steel supports to stabilise some of the walls, as well as replace a large number of the floor joists due to further Common Furniture beetle infestation. We also had to level all the floors in preparation for the installation of new bathrooms and showers in the bedrooms.

“This was a particularly important project for us as it was a large undertaking for a major client. It is good to hear that the project has been well received and the venue is proving a success – even before advertising.”

Togel Contractors is a family run business now in its 30th year of trading and carries out a wide range of new build and refurbishment projects. As a family firm, the company prides itself on customer contact with a friendly personal touch and a philosophy that nothing is too much trouble to ensure top quality work on every project.

Employing a workforce of 120, including apprentices, the company prioritises maintaining high standards of health and safety, as well as ongoing staff training. 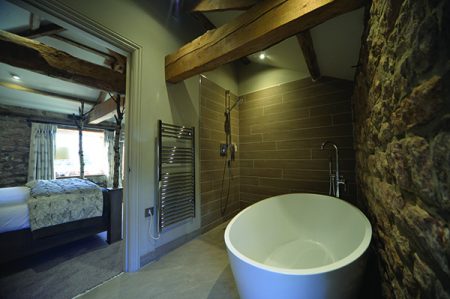