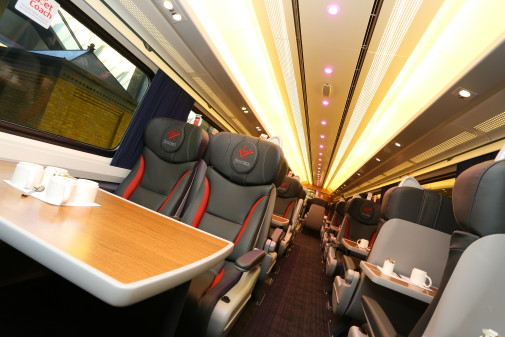 Virgin Trains has announced it will partner with the International Indian Chef of the Year Award, which is now in its 26th year. The award, which celebrates the cuisine of India and is open to chefs worldwide, was launched to a prestigious gathering at the House of Commons on April 18.

The partnership will see Virgin Trains welcome the awards’ finalists onto one of its revamped east coast services later this year for the final judging event. Judges, including former Scottish First Minister Alex Salmond MP, will sample dishes created by the finalists between London King’s Cross and York, in advance of the awards ceremony on October 9, 2017.

Ali Watson, Customer Experience Director at from Virgin Trains on the east coast, said: “We are delighted to work with this respected award to showcase the amazing dishes that have been inspired by the cuisine of India. Foods inspired by India have always been a popular choice on our onboard menu and we’re excited to see what the chefs be serving up at the final judging on our train later this year.”

The competition is expected to attract up to 20,000 entrants. Originally established by Edinburgh restauranteur Tommy Miah in 1991, the competition promotes innovation and quality in Indian cuisine worldwide. For more information on the award, please visit www.indianchefoftheyear.com/